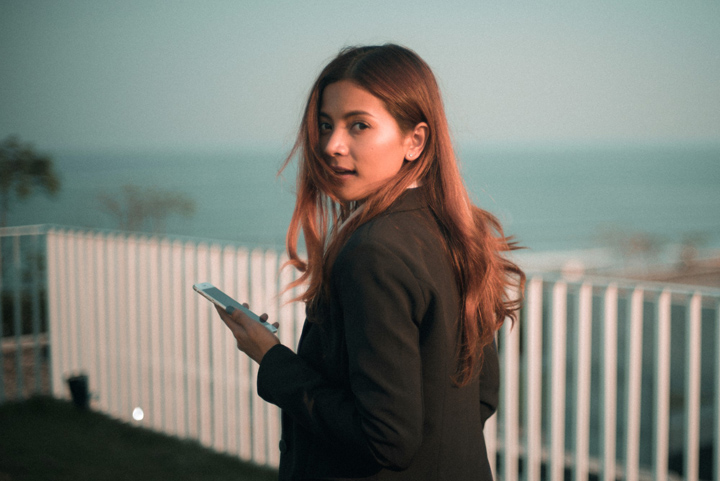 We had this spark between us that made us crazy for each other. His wife was pregnant when I met him for the first time. He told me that like any other "Indian" wife, his wife too wasn't physically active. She didn't like the idea of oral sex, never initiated sex and hardly tried any position other than the classic missionary, which was also infrequent.

Being in a sex-starved marriage, he would crave sex even more but his wife decided to have a kid, instead. He mutely gave in to her demands. They would have sex only to get pregnant. A few months later, she did in fact get pregnant and he was once again left with his unfulfilled desires. That's when I met him.

When we met each other, we immediately got close to each other. In the beginning, it was purely physical. I knew that he would never leave his wife or his kid for me and I didn't even expect him to do so. In due course of time though, we started spending a lot of time together and started sharing many things with each other - including the darkest secrets of our lives that we had never shared with anyone before. We would laugh a lot and just enjoy each others' company. Somehow, a bond started developing between us which went beyond the physical.

I knew this was something I had never experienced in my life before. I was 28, single and independent and had been in some serious relationships which had shaken me to the core, but this feeling was something quite special. I never discussed this with him, because there was no point in doing so. But gradually I started noticing changes in him as well.

He would say I love you and I would respond just by laughing at it. But back at home, I would keep on thinking if he actually meant it.

Now, from a third person's perspective, it might appear that he was making a fool of me as well as his wife, but he stopped having any physical relation with his wife after he met me. One day though, he came to me and said that his wife had raped him. I just laughed at it because I knew that he only meant that he had had sex with her. But deep inside, I felt so bad that I couldn't control my tears. Even though I knew it was bound to happen some day or the other - she was his wife after all - I was shattered when it happened. That's when I decided to leave him. He pleaded with me, saying that it was an accident, but I had made up my mind. Finally, he confessed that he loved me and could not let me go. It was what I had been dying to hear from him for the longest time. But being a practical person, I did not rule out the possibility that maybe he was just infatuated with me and that this infatuation would last between three months to a year, till he wasn't physically satisfied.

In between all this, his wife came to know about us and like any other woman would, she too screamed at me, asking how could I do something like this and how could I ruin her life?  "I love him, that's all I can say", I told her but I didn't say anything on his behalf. Later, he too confessed his love for me in front of her.

Despite all this, she is not ready to leave him because they have a kid together. And it makes sense too.

But I feel that what she fails to understand is that by forcefully being in a relationship with him, she is not getting the love that a wife deserves from her husband- neither emotionally nor physically.

Plus, they don't even have a strong familial bond. On the other hand, I know what he wants and have even tried explaining it to her, but of course why would she listen to me?

In fact, now she has started showering him with love, hoping that he would come back to her. She shares love messages with him and says "I love you" to him everyday. We both feel bad for her but there is nothing we can do about it.

She even gave us the option to live in together but she told us that she would not give him a divorce.

We don't want to live a secretive life like this, we want to be together, legally, socially. We've both asked her to become independent so that she can move on, but she insists that she will not leave him because she loves him. But loving someone means making them happy, not sticking with them even when they don't want it.

It has been more than 3 years since they both even shared a kiss. We too have tried to part ways in these three years, not once, not twice, but many, many times. But we always find a way back to each other. He is ready to leave her and has told her the same, but she is just not ready to leave him. Now according to society, things would turn out okay if I'd just leave from this equation. But I know that they don't even share a nice bond with each other. She doesn't even know about his childhood, his friends, his girlfriends and many more things that he has only shared with me.

We understand each other's touch, gaze and any hidden feelings and we know that it is special. Every time I think about their kid, I feel bad, but then I think that when he'd grow and see that his parents' aren't happy with each other, he wouldn't feel happy anyway and might even develop negative emotions due to it.

She is ready to watch us all suffer, if need be. That, I think is truly selfish. Anyway, this is the fourth year that we are spending together and I am completely sure that I want him as my life partner. I have decided to wait for him till he comes to me legally. It might take years, but he is worth waiting for.