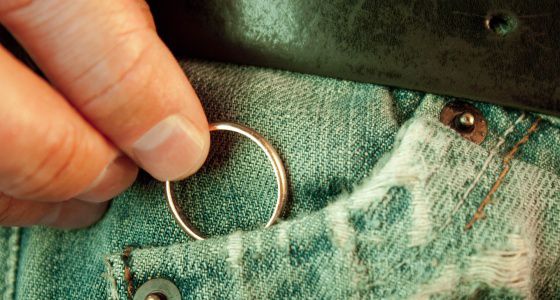 I don't know where to start, as it's a long story. I was in graduation year and met a guy who is a professor -tall and handsome with a charming personality.

I was strongly attracted to him, and the day he looked deep into my eyes, time paused for a while.

We started talking very casually, initially just texts, and then messengers and social media and it was simply amazing talking to him. I was in love, so deep, I didn’t see a way to turn back. He was, in my opinion, genuine, honest, loving, and high spirited, and everything else one would want in a partner. I wanted him to be mine.

Then I found out about the harsh reality, and he was the one who told me about it, right at the beginning, that he was married with a child. The man of my dreams belonged to another woman. I’m neither selfish, nor a home breaker, though, in the eyes of the world, I was both; the other girl.

I was not someone who could compromise, and so the few people who knew about us advised me to leave him, as we had no future. I knew that the day reality knocked on our door, I would have to leave him for sure. But, at this point, it was the hardest thing to do. I simply could not bring myself to do it.

The thought of losing him was something I couldn’t bear even though I knew I could never be his or he mine.

We don’t need a reason anymore to love, or to make love to each other. I could have never imagined a life where I could feel so loved, and for that I thank him. For him, I was the powerhouse of love and energy, a gift from the almighty. I, in-turn, feel blessed to have been loved by such a wonderful man. Our physical intimacy was special to me, our late-night chats and midnight calls made me fall in love with him all over again.

He is, I believe a man of ethics, even while he talks about his marriage, he’s worked very hard to make it work, fulfill needs and demands. He would bear his wife’s temper tantrums and aggression, her unruly behavior towards his family. Through all this, he tried to be good to her and his kindness was the reason their marriage was still alive. When I heard about the pain he went through, I cried for hours.

It hurts me that he can’t be mine, but it hurts me more that his wife is completely unable to understand how lucky she is. He was such a heartbroken soul when he first met me.

I have a lot to thank him for, for him to love me, finding me beautiful even if I may look all messed up, always being there for me, reassuring me, always having time for me, always wanting to know about how my day was. I thank him for being my best friend and guide. I do not regret being in love with a married man. I care for no assumptions of the people around me, I care for no opinions.

My close cousin, who knows about us insists that I leave this man, and if we’re so much in love, we must not ruin our relationship and make it permanent, why to sacrifice our love for his lunatic wife? Love, after all she says, fades with time, it is only as sizzling as this, in the beginning. This made us think about taking that step, the one where he would leave his wife for the love of me. But, is it easy in a country like India to take such a step? We had a conversation at length about pursuing a divorce.

Unfortunately, we live in a country where men cannot raise their voice against what injustice is being dished out to them, and end up being culprits and the ones who are blamed for every mishap. The laws are against men and do not support them.

He is, after all a decent man, living in a joint family, so many responsibilities, so many duties to perform. And yes, the child, what about that little soul? Is it worth falling in to a legal mess? We have love after all, do we need to give it a name?

I love him and to me, that is enough.