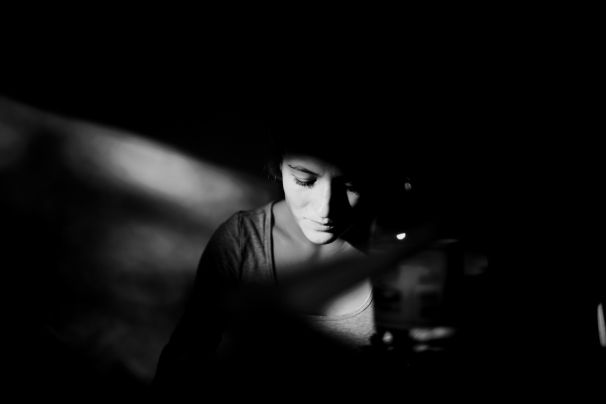 I was nearly raped by the man that I was in love with for 4 years.

He was the most perfect person I had ever met. He was handsome, cute, caring, loving and supportive (or at least, I thought he was). We met through a common friend when I was in the 2nd year of my graduation. I was attracted by his looks, his cuteness, and the way he pampered me with his devious words.

I liked him and decided to confess my love. As I confessed, I could hear it in his voice too. He loved me.

It was a long distance relationship, and we did not worry about the consequences. Our anxiety never ruled. Our hearts led this relationship with love and emotions. It was beautiful even though he was in Bangalore and I was in Bhubaneswar.

We used to chat over video calls, had long night conversations and emails. 8 months later, he decided to pay me a visit. He was convinced about the relationship enough to know that I was worth spending time with. He was also in college, so finances were tough for the both of us. Yet, he travelled in sleeper class all the way from Bangalore to spend 2-3 days with me. I had booked a room and we planned on staying together.

Those were the best moments of my life, there in his arms, lying and talking about ourselves; happy that we had made it to a year of our relationship despite the long distance. Yes, we made love. It was awesome, but he didn't ask me for intercourse, and neither did I. I wanted to give it time. He cried while leaving, and at that moment I realized, I had fallen head over heels in love with him.

We met again, after a few months. But this time, it was no lesser than a horror story. He wanted to have intercourse, and he did it in such a manner that it hurt me a lot. I was bruised, my vagina was bleeding and it was only painful. I didn't want to have sex anymore and asked him to stop. He got angry and pushed me off the bed.

I was horrified! He apologized later, and I forgave him, thinking it was a momentary outburst of anger. He left after a few days and didn't raise the issue again.

After graduation, I shifted to Mysore. I had gotten a chance to do an MBA in a reputed college, yet, I refused to take it up, just so that I could shift to a city close to him.

Mysore was only a few hours away from Bangalore, and I could meet him as frequently as I wanted. Little did I know, my work had just begun.

I was earning well, and we met twice a month. This time, he wanted to have intercourse, and he insisted on it. The previous incident had been etched so deeply in my mind, I was unable to get over the pain and hurt. I refused, saying that we could wait until marriage.

At that time, on my bed, he said "I won't marry you. Don't pursue such dreams."

I was shattered... I started crying so badly. Why did he spoil my life? Why did he string me along for almost 4 years and then say this? I had no answers.

I was crying so badly, and he slapped me again. I couldn't recognize this person. That person who had travelled miles to meet me... that person for whom I had fought with everyone, including my family... had left an MBA opportunity and shifted to a 9-5 job, far away from home... He had now become a monster.

But this wasn't the end. He forced me to lie down, and have intercourse. By then, I was so scared, I ran out of the room, half naked, crying out loud. He left the next morning. He called me on the way back to Bangalore only to say "You are a w**re. Instead of wasting 4 years with you, I could have had sex with 10 other girls. You are just meant to be f**ked and left on the bed."

My world was over. I took a lot of days to come out of it. But yes, I emerged stronger. I joined a gym, worked out, spent time with family and today, I am a confident girl who is engaged to an awesome person. I earn very well.

It's just that, some incidents in life make you stronger, but some scars are indelible.