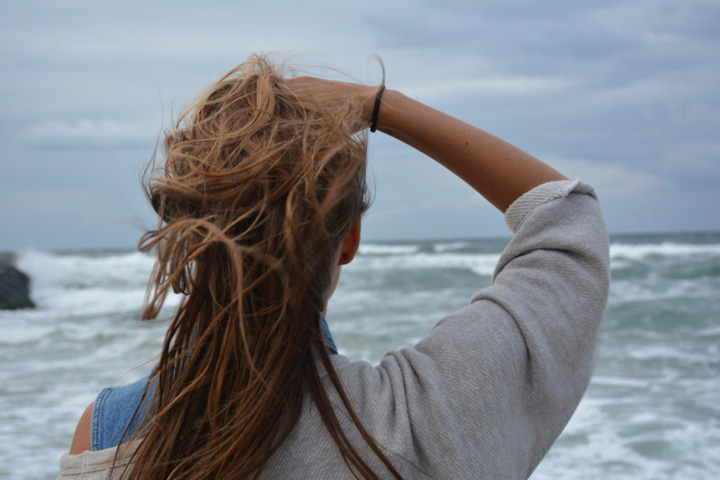 I went abroad for studies and I was happy for the new beginning. I was happy there and then I met this super cute guy who took my breath away instantly. He proposed to me in a lecture hall, sounded geeky, we are medicos anyway.

It was like a dream come true because he was way too perfect. After a bad relationship, I didn't believe in love anymore but he made me believe in it.

We hung out in our hostel and he told me almost everything about his past, his family, his life, everything. And I also opened up to him. Everything went fine, we had a normal relationship, fights, arguments, love, everything was there. And then there came a turning point.

One day we were hanging out at our friend's place and he got a text on his phone that he hid from me. I asked him afterwards about that so he distracted me. But the whole night I couldn't sleep and was suspicious. Next day he was sleeping and I checked his phone and ran through all the apps. I found out that he was still in touch with his ex.

I confronted him and he started crying and all and convinced me again. After 10 months, we came back to India for summer holidays. After a month, staying in India, his ex calls me and tells me that he has been cheating 3 girls at the same time, including her. He is just with everyone for money and sex.

She even sent me a recording, pictures and screenshots. In the recording he was begging her to meet him and was crying too but she avoided him. She had known the truth for months. She gave me the other girl's phone number and it was shocking that every time I dialed my boyfriend's number, and it was busy, that girl's number was busy too. It happened at least 8 times, which was proof he was still in contact with that one girl who he thought was his true love.

I was a side chick just to comfort him on lonely nights. He'd use me physically, use my money, play with my emotions. Every thing that girl had told me turned out to be true.

It clearly indicated that names changed, dialogues didn't. The more I trusted him, the more he got used to lying to me. He had become a chronic liar and a chronic cheater. But, I loved him, it has been 2 weeks since I've know these things and I am still talking to him and waiting for the time I can get back to our studies. But I'm not sure if I'm ready for this.

I have every single proof that he cheated on me with two other girls but I'm still not sure whether to leave him or not.