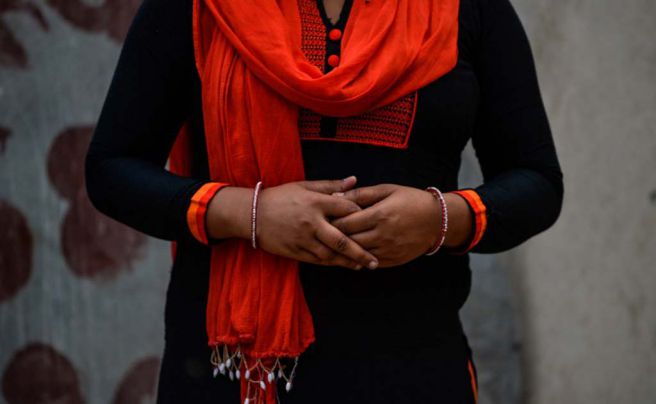 I am a Malayali woman and before you do it yourself, I'll help you out with the stereotype. Yes, I'm dark complexioned.

I've always been a victim of bullying because of it. It started quite early in my childhood, with my own grandmother discriminating me. It didn't help at all that I had four beautiful and oblivious sisters. Although my mother loved me, she was always worried about me.

The bullying I faced left me with zero self-esteem and affected my overall behaviour. I never mingled with anyone freely.

That is until I met Raju at a wedding. He was our family friend and we went to the same college. We began to meet casually, and it started with exchanging class notes and stuff. Slowly, we discovered that we had common interests and we bantered about food and travelling. We became really close like that.

There were no mobile phones back then, so I had to wait especially restlessly for his calls. He was the first person who I could call my best friend.

One day, he proposed to me and I accepted. I was 21 years old then, and we had dated for 4 years. Raju decided to tell his mother about us, but she was dead against this alliance. Her biggest problem with me, to nobody's surprise, was my complexion.

Raju tried his best to convince her but she wouldn't budge. The breakup was futile and painful. I cried a river and I even tried to commit suicide. But my mother rescued me from the place I had gone to fail at death.

I finished my higher studies and at the age of 23, I had already faced too many rejections from potential grooms. Finally, I was married off to a man named Sudheer.

My husband was working in Mumbai and I moved there to be with him. I had a good married life with him and had a daughter called Ammu. But I still curse the day I met Raju.

One day, I saw Raju at the market. He asked me about my husband and baby. I also asked him how his life was, and he said that it was simply going on.

Somehow, Raju got hold of my phone number and called me up. He said that he still missed me. But I told him firmly that my love was only for Sudheer and I was living a happy life. I hung up before he could say anything else.

After this incident, Sudheer came home earlier than usual one day and started abusing me. He had found out that I was in a relationship with Raju before our marriage and was furious about it. He had thought that I was an innocent girl and he was feeling betrayed that I had someone in my life before him. My mother-in-law was also there and she was extremely upset by the whole thing.

My parents tried to intervene and convince him, but it was of no use. I begged him to at least think about our daughter before he took any rash decisions. But in the end, he divorced me and took my baby away with him.

At this point, Raju returned to my life and asked my family if he could marry me. He was also divorced by then. I hated him and I wanted him to leave me alone. Because of him, my whole life was ruined. My mother, on the other hand, was forcing me to marry him because "Who else will marry a divorcee? You've already brought a bad name to this family! You have four more sisters and you should be thinking about how this affects them too."

I was forced to marry Raju. I was furious and I refused to show him any love. But this made him monstrously angry. Every night, he tied my arms and legs to the bed and rape me. Within one month of getting married, I was pregnant again. I gave birth to a baby boy.

I was terrified of Raju. He was snatching away love from me. He had lots of land and property, so he never went to work and stayed with me all the time. He would be caring sometimes, but it would go completely in the opposite direction soon, with him abusing me mentally and physically.

He put FIVE CHILDREN in my womb. My third pregnancy ended in a C-section, and I was pregnant again within the year. The doctor scolded Raju and me. I was completely at a loss and fed up.

When I got pregnant for the sixth time, I purposely fell from the stairs. I was bleeding but I didn't tell anybody. By night-time, the pain became unbearable. The doctors finally removed my uterus. I know it was the wrong way to do it, but for me, it was the ONLY way to do it.

I spent 18 years suffering from his taunts and abuses. And finally, Raju died of a heart attack. My five children love me very much and it's the only relief I have. But I always think of my daughter who was taken away from me. I told my eldest son Vishal about her and he found out for me that she is now a doctor.

I think my Ammu is very happy now, so I don't want to meet her and ruin it for her. All my other children are very good at studies. Vishal now has a big job in Singapore. Unlike me, my children are all brave and confident. I will never force them to get married against their wishes.

As for me, I might only have bitterness and sorrow in this life, but maybe in my next life, I will find the right partner.

Please share this story even if you can't change the past and give this woman the life she deserved. If her Ammu ever sees this, she should at least know the whole truth.