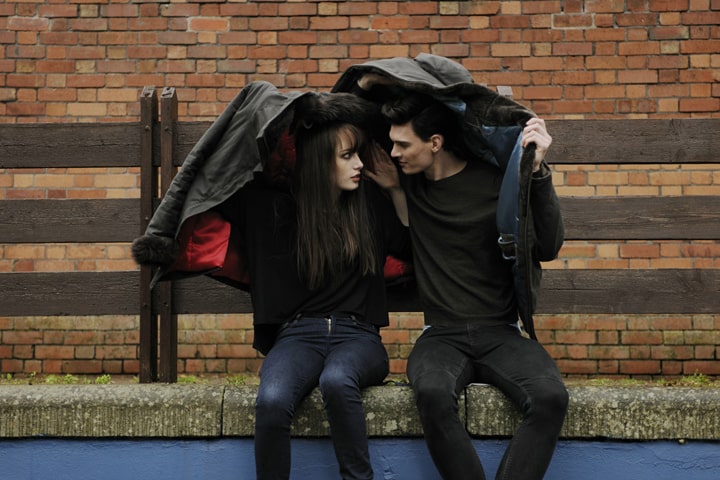 I am the mother of a four-year-old child, with a husband who is a highly career oriented IT professional.

Maybe this was why he never asked me to quit work. I am quite content with my well-crafted family. I have good relations with my in-laws, nice social status and all the comforts one would dream of.

In a nutshell, I 'thought' I have everything.

We manage our jobs, our house and our kid pretty well. Amidst all the responsibilities that mingle with our routines, the intimacy and the care that we should have had for each other is buried in some corner of the house. I yearn for any sort of emotional connect, some lovely compliments, any small note of appreciation and a little bit of physical intimacy.

Nothing warm remains between us except an unexplained hollowness.

I am in touch with Rahul, a friend I made online for 8 years now. We have an un-tagged relationship, where we started off as not knowing each other at all and now know probably know more than enough. He is married to his wife for 7 years and she treats him like a doormat. She never misses a chance to flaunt him, at gatherings or amongst her friends as he is an IIT graduate and is working in a prominent position at a reputed MNC.

She uses him as a social status enhancer but makes him feel like dirt at home.

He understands me in and out even before I open up. We are comfortable enough with each other to share anything & everything. In these 8 long years, we have only met in person on two occasions.
Last month when he visited my city for an official tour, we planned to catch-up over coffee. So, we met at a crowded food court for 50 minutes.

All we did was stare at each other, not talk much, smile a lot, laugh at inside jokes and share an ice cream.

We decided to meet the next day for breakfast, at the hotel where he stayed since he had to pack and check out the same morning. The next morning, I reached the hotel and met him at the breakfast hall. We had a random conversation and I gave him a gift packet that I had got for his 4-year old son. He told he had to pack his luggage and offered to drop me at my office on his way to the airport.

I accompanied him to his room, sat on the sofa and looked at him, while he threw his things into his bag.

He tried making some conversation but since I didn’t respond, he asked the reason for my silence. He looked at me and I was almost on the verge of crying, as a tear rolled down my cheek. I felt like telling him that I missed him, I needed him, I wanted him to always be there beside me, but the words just wouldn’t come out. He sat on his knees, held my hands and looked into my eyes and what happened next was so beautiful.

He said, “I am always there for you, I mean it.” I just closed my eyes and tried to smile.

Soon, I realized he was very close to my face, as I could feel his breath. He kissed me on my lips, I reciprocated and we smooched. The feeling was so beautiful. We spent some time kissing, hugging and smooching. I kissed his neck, his ears and wrapped him in my arms. We laid down on the sofa with teary eyes & my head resting on his chest.

As he brushed my hair, I felt cosy, I felt desired and I felt loved.

I began smooching him again. He replied by caressed my boobs and I responded to his touch. Gradually, he unbuttoned my shirt, unhooked my bra and gently rubbed my nipples.

My silence was my agreement for the things that happened next.

I had surrendered to him, as my body had responded and accepted his touch. He sucked my nipples and I craved for more from him. In no time, we were completely undressed and our bodies rubbed against each other. We kissed each other all over our bodies. He went down, smelled my lingerie and rubbed it. As I was wet already, he then licked it till I orgasmed.

I felt as if I was making out for the first time in my life. The experience was heavenly and simply beyond words.

He penetrated me physically, but that was also more of a mental penetration. We felt so content with each other. After making out, we laid sometime motionless and shared our feelings.

I made out with my friend and I don’t regret it. I had the best of my life.

Share this story as an example of how love can come in any form.