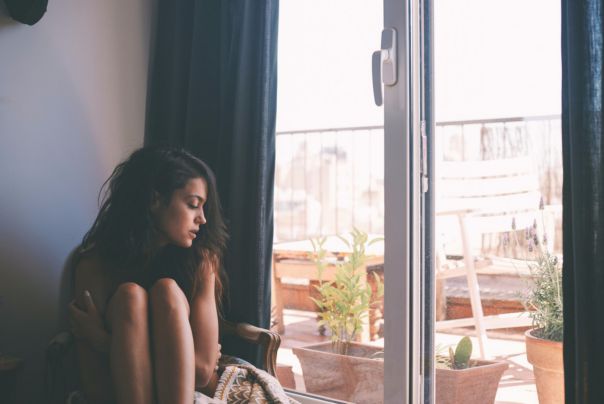 I was in a relationship with a guy who was three years younger than me. Like a perfect partner, he used to take care of every little thing for me - from what I liked to what I didn’t. Initially, even though I liked him, I didn’t express my feelings towards him. My parents too were very fond of him. We used to roam around hand in hand, like a couple. However, one day, all of a sudden, he came up with a girl and introduced her to me as his girlfriend.

I was shattered, but kept calm and greeted the girl well. Days passed by and I wanted to part ways with him. But, he was not ready to leave me and started saying that his girl was not faithful to him. Once, he even tried to commit suicide, because of his girl’s infidelity. Today, I understand that it was all an act to force me to not leaving him.

And yes, gradually, I did fall in love with him and he became my weakness. He knew that I was afraid of losing him. So, he continued being in a relationship with his girlfriend on one hand and tried to get physical with me, on the other. But, I resisted because I did not want to get into such an immoral relationship.

All these incidents, though, started taking a toll on my personality and slowly, I slipped into depression. I used to do everything to please him, from doing his entire office work to maintaining his expenses to bringing his lunch and breakfast and even shopping for him.

Within the four walls of my room, he loved me and treated me as his girlfriend. But as soon as the door opened, he started looking at other women for sex. It was frustrating and heartbreaking. Then one day, he told me that he had broken up with his girlfriend and now I was the only girl in his life. But this time, I was more doubtful than happy.

One day, he asked me to accompany him to an amusement park. I was not aware of his intentions. He took me to his room on the pretext of fetching his credit card to buy tickets for the park. But, he had other plans. As soon as we entered the room, he forced himself on me. I tried to resist, but failed. The very next day, I came to know that he was still in a relationship with his girlfriend. I immediately separated from him. After a month though, he came back to me and assured me that nothing of this sort will ever happen again. I forgave him thinking that my love will change him forever. But I was a foolish creature to think like that.

Suddenly, I lost my father and he was the one who supported me and my grieving mother. Then my boyfriend became the man of the house. My love for him increased manifold and I started depending upon him for every big and small thing.

During this period he said that he wants to marry me because according to him no other girl could love him the way I did.

But things were not running as smoothly, because of his lascivious character. I came to know that he was cheating on me with another girl in his office. Every day he used to arrive in the office, with that girl, around the same time. I told him a thousand times that if he had an affair with that girl, or any other girl, he could leave me. I would not even question him. But, he kept denying everything and accused me of overthinking and being immature. So I decided to keep an eye on them.

One day, I decided to dig out the truth and went towards his house from my office. I thought either my relationship would come to an end or my suspicions would. I reached his colony and on my way towards his room, I saw both of them coming out of from his room in the early hours of a winter morning. I was numb, speechless and couldn’t move for a while. I sat down on the road, completely choked.

The man who was with me a few hours ago, who slept with his head on my chest the entire night, shamelessly slept with another girl only a few hours later.

He tried to talk to me, came close to me but I shouted at him and threw my plastic bottle at him. I was left with no strength. But, I managed to come back to my office and there I broke down completely.

The turmoil was not over yet. I went to the chemist to get anti pregnancy pills as I'd had sex with him just 48 hours ago. The people there harassed me. Worse was yet to come for within 7 days I had to rush to the gynaecologist’s clinic due to some complications.

When she checked me thoroughly, she was not sure if I was pregnant or not. I was alone and could not take the stress of it all anymore and fainted in the hospital. It has been two years since then. We are working at the same organization; we cross each other several times a day. He still looks at me with love. I, too, still love him. But, I will never forgive him. He is still a womanizer. I am still single.

I do not want to settle down because I know I can never love anyone else like I loved him. But, I don't even want him in my life anymore. In the past five years that I spent with him, there was not a single day when I did not cry. I don’t want that life, again. I am happily single now. No men, no cry.