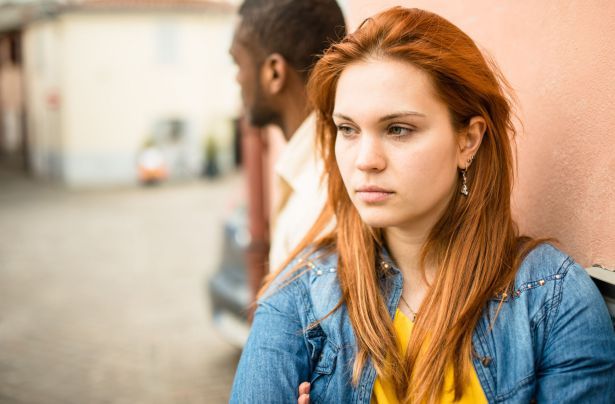 This is about a guy whom I met through my boyfriend.

So, 2 years ago I met a guy. He was madly in love with me and I also liked his affection towards me. But after some time that guy lost his interest and broke up with me without giving any closure. He only had lust for my body, I guess, and I was stupid enough to trust his lies.

Now, his friend who's name was Raman (name changed) became my friend. He used to call me and then used to console me. I started liking him as a friend. He would say such things that would make him seem like a very kind-hearted person. He also had another girl who was kinda his friend, whom he treated as his family member. He used to help her a lot with money and whatever she needed.

I used to think about what an amazing guy he was. Such a kind-hearted person. Guys, one thing I wanna tell you people is THE ONE WHO HELPS THE NEEDY WOULD NEVER SHOW OFF IN FRONT OF ANYBODY ELSE. And I understand this after being used as a sex toy.

So continuing with the story, I got full trust on that guy and I would spend time with him as a friend only. One day he asked me to stay with him as he was feeling low. He was a very dramatic a**hole. He'd tell about his ex who had broken up with him and he'd cry about how she left him and gained all sympathy from me- as much as he wanted.

That day when we were lying next to each other (friends can sleep on the same bed and not have sex), he started kissing me on cheeks and I thought it was just as a friend because male friends kiss me on cheeks and I find it very loving.

But he kissed again and I felt something I definitely wrong here.

I asked him "What are you trying to do?" He stopped for a while then started kissing again. I threw him away not violently, but to ask what was he doing. To be honest, I also had (sort of) feelings for him because of his sad life and kind-hearted heart that he had represented. We started making out in few minutes. But I felt that there should be clarity, at least. Because after all, he was a friend of a f***boy only (my ex). He manipulated me in such a way that I didn't understand what to do and ended up having sex with him. Later he told me it was just a FWB (Friends with Benefits) thing. And his the presentation of his sad life made me so helpless that I couldn't say anything to him (yes, I know was that stupid). This kept happening for 1 month.

He used to come to my place, then would show that he's sad and all, and we'd have sex, and again things lead to us being naked. Then, he surprised me one day when I told him that I had started having feelings for him, he said he's in love with that girl (whom he helps in studies and all). I told him that we should stay away from each other, then. We agreed. But that piece of sh** wasn't satisfied. He then called me one day telling me that girl had broken his heart, and he wanted me to be there. I went (yes, I was crazy).

Then things went ugly as he used to force me to have sex (and oral too) and I didn't know how to say 'No'. This went for 6 months more and I started feeling as submissive to him. I couldn't even share this to anyone as my friends already had warned me of him, and despite that, I was doing stuff him with. Well, after some days, he said we should stop this as that girl had again came in his life.

I stopped seeing him for 2 months then again, he did the same thing. This time, I screamed it him for this f***tard behaviour. He started crying. But this time I was not gonna fall for his trap. I walked away. And since then I don't text him and I don't talk to him.

Well, I just want all the readers to understand one thing that the guy who forces you to give him a BJ and forcefully have sex without giving f*** about how much pain you're having during intercourse, is not human. He's a monster. Slap him right there and walk away. And listen to your friends, because I didn't do that, and it cost me almost a year and a lifetime of bitterness for men.

We're never taught how to say 'no'. In fact, we're taught to believe the best about people. At the same time, men aren't taught to listen for or seek consent. It leaves us with no way to navigate through the resultant trauma. If you or someone you know needs therapy, please write to us at hello@akkarbakkar.com. Your first session is on us.