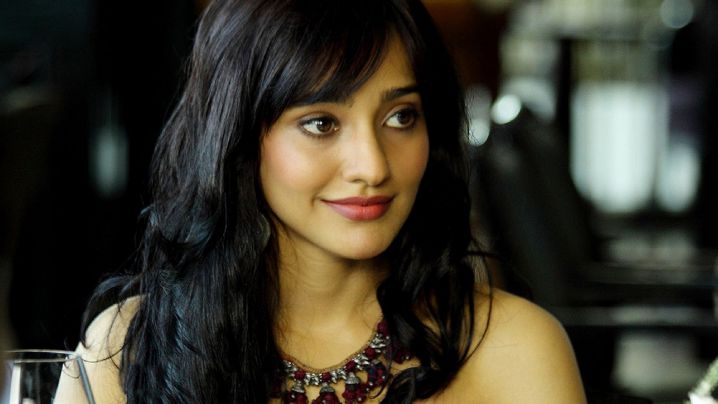 The quote “There is always a morning after a dark night” applies to my life. I belong to U.P. but was born and brought up in Mumbai. I fell in love with a guy when I was 19 years old. We got in touch through mutual friends. We would roam around and go for long rides on bikes. I learnt to play pool from him.

He loved me like crazy and made me feel as if I was the best person in his life.

Sadly, he got married to someone else because his parents forced him to do so. At least that was what he told me.

I then put an end to our relationship because he was now a married guy.

But he came back to me after a couple of years saying that he was mentally incompatible with his wife and just had sex with her. He was a father to a daughter now.

He then told me that he was not happy with his wife.

I told him that he could always cry on my shoulders. He was my first love after all. After a few days, he shifted to Pune with his wife and daughter.

I would travel every weekend to meet him. I knew I was crossing all my limits for him. We spent a lot of time this way.

But nothing new was happening in our lives. I would travel to meet him and he would continue to live his life. My family was pressurizing me to get married.

I wanted to tell this guy that our relationship was going nowhere and we needed to end it. But I was finding it difficult to do this.

So I made up a story and told him that I was going around with my boss. The minute I told him this, he came to Mumbai and spent 3 days convincing me to get back with him. He said he would divorce his wife and marry me. I was stupid enough to get convinced by his sweet talk. He then asked me to come and settle down in Pune till he divorced his wife. Again I was stupid enough to agree to this idea. I told my parents the truth, packed my bag and went to Pune. My life was no different after that too.

He would use me and go back to his wife. I would stay all alone in a flat.

So I bought a German Shepherd just to keep me company. When he realized that I was not going to keep quiet for long, he initiated the divorce proceedings and promised to marry me after he got his divorce.

I asked him if I could take up a job so that he wouldn’t have to worry about my expenses. He had just started a new business in Pune. So he agreed. I joined a call centre because I was scared of staying alone at home in the nights. I worked the night shift there so the job was perfect for me in every way. A lot of time passed. He was yet to get his divorce. His brothers were aware of me and knew about our relationship. His parents lived in Mumbai but they were not aware of our relationship as yet.

One day I met with an accident and lost my memory for a short span of time. My parents supported me and my mother took me back to Mumbai. My German Shepherd was alone in my flat now. He would come once in a day and feed my dog. I recovered from my memory loss but the left side of my face was completely smashed in the accident. I was no longer a good looking girl.

He was still married to his wife and would come to meet me only on Sundays. He would take me out for a movie. We would then have our dinner. He would have sex with me and then go back to his house.

Yet I trusted him and thought that he was a good man.

He had become a rich businessman by this time. I was still working and he continued to f*ck me on Sundays. Life continued this way. One fine day he got his divorce but he did not inform his parents that he was now married to me. He also insisted that I go in for an abortion whenever I got pregnant.

But I was happy to have him as my husband now.

One day I somehow sensed that my husband was going around with a girl in our society. I asked him if he had entered into any kind of relationship with her.

But he said that I was the only one in his life.

The next day morning someone knocked at my door. I opened the door and the mother of that girl told me that she had caught her daughter with my husband at my house.

I was shocked. I had trusted him blindly for so many years.

When I confronted my husband he confessed that he had been going around with that girl. But he apologized and promised that he would never do it again.

I was dumb enough to forgive him.

But he was still going around with that girl. I could sense him drifting away from me. He would just fu*k me once in a week. I still don’t know why I allowed him to do this.

Maybe I didn’t want to end up living all alone again.

His brothers had been very good to me initially but now they too had stopped speaking to me. My husband now started hitting me and abusing me. He would call me a “slut” and a “whore.”

That was the darkest phase of my life. I gave up and asked him to divorce me. He was on cloud 9 when I asked him for a divorce.

He now started living with that girl called Simran in our house. I was shocked to hear about all that he was doing with her but could do nothing about it now. Two years later I got my divorce.

Those years were hell.

I came to know that he had been going around with many other girls all through these years but he had never revealed any of this to me. He had become a rich businessman by now. He had a lot of money and therefore the power to do anything.

But I was out of hell now. After all the dark nights that I had spent with him, I finally experienced the warmth of sunny mornings in my life.

My current husband lived in the flat opposite ours. We had become good friends over time. I had shared my past with him so he was aware of everything that had happened in my life. Slowly we fell in love.

He was 8 years younger than me but he was a genuine guy who led a simple life.

Obviously, his parents were unhappy with our decision to get married but he stood by me. We got married after I got a divorce.

I am blessed to have him as my life partner.

As for my ex-husband, the latest news is that Simran left him because of his infidelity. She too was involved with many other boyfriends after that. I realize that I was blinded by my love for my ex-husband. I wasted so many years of my life with a person who used a different girl every night. He is single now and ready to mingle with other girls again.

I am glad that I am now living a very happy and blessed life.

I have been through hell for several years. I don’t want even my enemies to go through such things in their lives. I am lucky that I am now able to live a positive life with a positive person now. I just trust God and believe in the saying that “what goes around comes around.”

It is not so easy to forget the unpleasant memories that haunt us every now and then. When the pain is raw, we will not even consider forgiving the people who betrayed us. Yet, somewhere down the line, our lives change for the better and we know we are at peace now. We then slowly start practising forgiveness. Do share this story because despite all the pain that we experience in our lives we all eventually do forgive the people who hurt us.