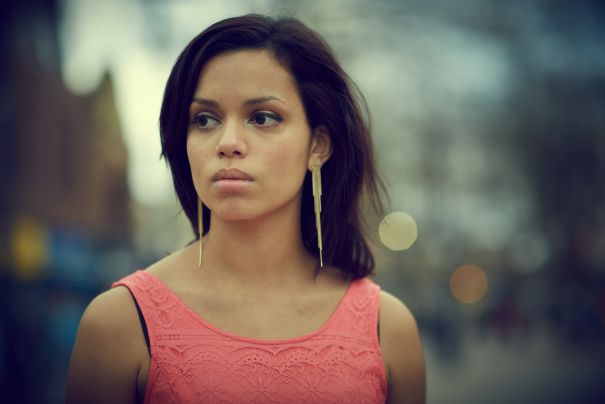 I am an average looking girl. I have spent my entire life without really enjoying it.

One day, I happened to meet our family friend. We started talking and exchanged our numbers. Within a couple of days, we were chatting with each other all through the day and night.

I was on cloud nine because he was so good and gentle with me.

When he proposed to me, I accepted it immediately because I thought he was truly in love with me. Initially, he was really very good to me too. I started falling more deeply in love with him. But I got to see his real personality only after a couple of months.

He started showing his true colours. He ignored me and started avoiding me. Slowly I realized that he was a manipulator too.

Even if he did something wrong, he would somehow shift the blame on to me and scold me for it. He was never around to take care of my needs. He loved partying and believed that relationships were meant to give him happiness. Period.

Whenever we had some kind of a misunderstanding, he would always blame me and vent out all his frustration on me.Somehow I felt that he always thought of me as his dustbin. I was always around to take all his b**lsh*t.

He was simply not willing to accept his mistakes and spent all his time trying to prove that I was the culprit behind all that was going wrong in our lives.

Even though I had broken up with him – I found it very difficult to stay away from him. But he was just enjoying his life. When I tried to contact him again, he was ready to accept me back into his life. According to him, he was doing me a favour by accepting me again.

But I loved him a lot so I was okay with all that he did to me. I started falling so deeply in love with him that I couldn't stay away from him. I did every single thing to help him in all the stages of his life. I was his backbone.

Even if I was struggling with a serious issue, he never bothered to help me out in any way. According to him, I was just a machine who worked for him whenever he needed it. He could conveniently vent out his anger on me and shift all the blame on my shoulders whenever he wanted to.

After a while, he started dating another girl. I was still with him at that time. If I asked him about it, he would always say that "She is my friend and nothing more." But I knew that he was always busy talking with her. I knew he was cheating on me but chose to keep quiet.

I knew he would scold me and leave me in the lurch if I asked him about it.

One day, when we met again, I told him that I wanted to quit being in our relationship. But he did not want to leave me. Maybe he knew that if I left him he would not have anyone to vent out his frustrations. But within 2 days he told me that he was getting married.

Now it so happened that the girl he was interested in did not want to marry him. And he started blaming me again. According to him, I was the reason for his break up with that girl too. He started attacking me with his tongue now. Maybe when someone slaps us with their hands, we will forget it in a day.

But when a person uses his tongue to attack us, the biting words stay with us forever.

I have been good to him all through our relationship. But at the end of the day, he has no kind of attachment for me.

I wonder why she has become more important in his life all of a sudden.

I am still in a dilemma because I don't know where I fell short. He is not a trustworthy person. He is not worth my emotions. I know he is just a cheat who manipulates things to his advantage. I wonder if he really loves me. I thought he really loved me. But I realize that it was my mistake that I believed him. Despite all this, I ended up going back to him. He still treats me like a dustbin. He still uses me. I know everything about him but am unable to come out of this relationship.

Doesn't he have a conscience? Does he not realize that what he is doing to me is wrong? Shouldn't he allow me to live in the manner I want? How can he take decisions for my life? How can he decide whether I should stay with him or not? How can a person love different people in such a short time and that too when he is already in love with another person? What does she have that I don't? So many questions plague my heart but I don't have any answers for any of them.

Maybe only when we respect ourselves - people will start respecting us. Maybe people take advantage of us because we give them the liberty to do so. Not all of us know the worth of defining our boundaries clearly in our relationships but we can all always learn from such experiences. Do share this story if you too believe that when we have a strong relationship with our innermost selves, we can surely forge healthy mutually satisfying bonds with others.