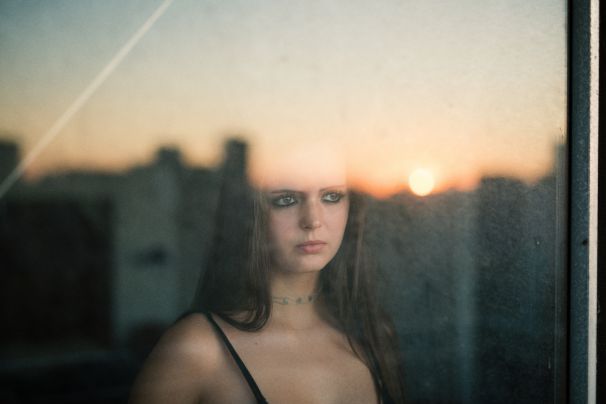 Love comes to us when we don't want to fall again but destiny wants us to face it. All of this started four years back when I was going through deep trauma. Being a rape victim and trying to overcome its aftermath, I was dealing with a very hard time. That’s when I met him on a social networking site. That day after a short conversation, I gave him my number and we decided to meet finally after a few weeks of talking. He seemed to be the kind of guy that I was searching for, someone who would give a new meaning to my life. Someone who would allow me to build a trustworthy connection again, someone to love and to depend upon. I felt lucky to have him.

Things were going fine between us. We had reached to that level where love knew no bounds and we could see our future in each other's eyes.

But this time things went downhill when I came to know the darkest side of him and it proved to be the worst thing about him. He turned out to be a man worse than those who had once made my life hell. I caught him cheating on me badly.

Two months back when I forgave him, I had no clue but ultimately when everything came in limelight, he simply walked away by giving me rubbish excuses, without any apology. To conclude, I only want to say that he loved me a lot, and never showed me any signs of being without love. He always came to me despite everything he did, asking for an apology. He was unhappy maybe, I don't know the exact reason behind his behaviour but despite getting everything from other girls, he still clung to me till the very last moment. When I came to know everything, he was forced to go. I want to tell him this: I don't know why you did this with me and what was the real benefit you got from doing this. If you were happy with others, then why did you choose to be with me and come back again for the second time? Why did you unblock me on WhatsApp and why did you put false accusations on me? At least you could have chosen to respect me and tell me a simple sorry for wronging me.

I hope that one day you will realize the value of the true love that I had for you, even if it will be too late by then.

We had a 3.5-year long relationship without any demands. I need an explanation for what you did to me, and a sorry too. I don't demand you to come back to me but please change yourself, respect a girl and understand the meaning of love. You never know, Mr Photographer, that one day everything will damage because life is more than photos and you won't have negatives to start it afresh.

Share this story if you believe that if not decency, there must at least be transparency in relationships.