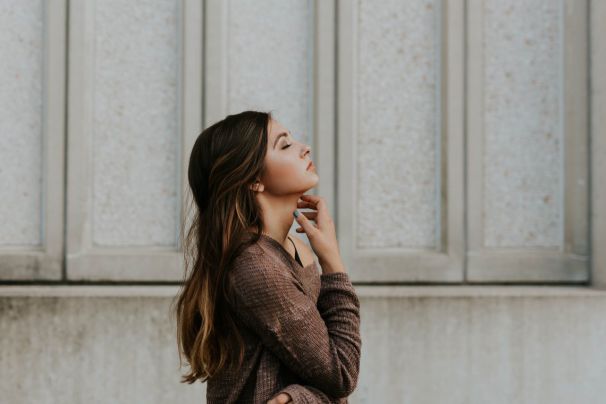 I had been a studious girl throughout my life, and I was also among the toppers of class. But I always came second, and he came first, I hated him like anything and I would always pray that he goes away so that I could stand first. One day he went away, he got into one of the most prestigious schools in the country. I went on with my life but started missing something. Then one day he visited his old school, we had never spoken in the eight years that we studied together, neither did we that day. But somehow, I was happy from inside to see him, I couldn't understand why- I was just 13. I went to college, and he went his way.

Those were the days of Orkut and Gmail, we connected there and started having long chats. He came to meet me once on his vacation, sparks had already started flying between us and both of us could sense it.

We started dating as I went on to do my post-graduation. I got a job and moved to another city, we met whenever he got leave and came to see me. I was so smitten by the love that I never had any issues with the long-distance thing as I was happily waiting for my Prince while others got to meet their partners daily and spend time with each other, and I thought this was my forever fairy tale. But then came the turning point, I got selected for my dream job and had to go for a year of training. I knew this would be the end as he had already told me, so I told him we should break up. He cried and stopped me, I was also happy thinking that he would accept me and my career. I lost oodles of weight and got really sick during my training. I went to meet him on my vacation, he seemed very concerned about how I looked. I went back and got busy, I didn't have time to speak to him on the phone also. He started ignoring my calls whenever I finally managed to get time. He came to meet me when I was home, and it was just like old times. I moved to another city, he started ignoring my calls again. One day after many missed calls, he called me back. He told me the unthinkable. He said that he was in a relationship with someone else for the past six months.

I was devastated, how could he cheat on me when I waited for him for three years, but he couldn't wait for one? I cried in silence and went into depression.

He tried to reconnect many times, but I cut him off completely. I got my first dog, she brought me out of that depression. Then I met this amazing colleague of mine, he taught me so many things. He was perfect in every sense, just that he was separated and 13 years elder to me. I developed a crush on him. We used to talk for hours, he made me laugh again. We started dating, even though I was always very clear that there isn't going to be any future.

He fell in love, I can say the same for myself but for me, it was a rebound. We moved to different locations after that.

I was again in a long-distance relationship though this time I didn't feel so connected. I started talking to other guys, one of them pursued me very much. I decided that if I break up with him I can start afresh, but he cried, and I couldn't do it. So, I cheated on him and it didn't make me feel guilty also. It's been four years and I have been with the other guys in this duration, whenever I try to break up, he cries like a baby, so I don't have the guts to tell him that I'm cheating constantly.

We talk about everything, we laugh and we're so comfortable with each other, but I can't see my future with him. I feel like I'm kind of stuck and I'm such a bad person for doing the same thing with him what was done to me.

Share this story if you believe that a girl can live by her own rules and learn to live them without contempt.