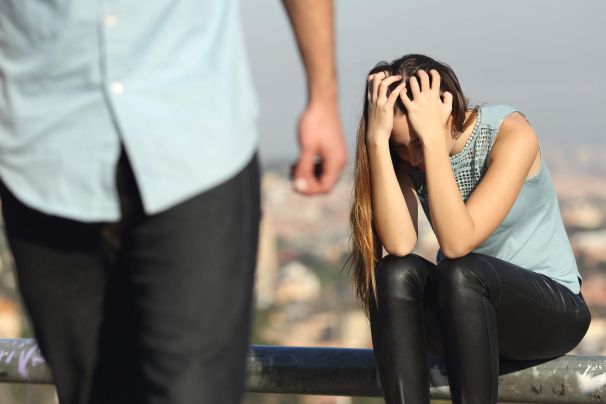 I came to Delhi with lots of hope and with a dream that I would meet the love of my life there. In the second year of my college, I met a guy who was an army brat. His family was from Bihar, but he didn’t look like a typical Bihari guy at first. It was later when I started dating him, he talked about caste and religion that showed his true mentality. Anyway, he was a nice guy.

Although he was economically weak, he was filled with dreams and energy. He was my packet of happiness.

After six months of dating, he completely changed. He said that we can’t get married, ever. We were these two parallel lines which can never meet. To my surprise, I was hurt even though I already knew that he would say this one day. But I still begged him to continue this relationship. I promised him that I would let him go wherever he wanted. And to keep him happy, I showered him with gifts all the time.

I even used to take him out on dates and fulfilled all his demands. And I only wanted his love in return.

After two years of dating, he suddenly met a new girl in his coaching class. She told him her story of how her boyfriend ditched her and how she almost died because of depression. He didn’t tell her that he had a girlfriend. He told her that there was a girl in his life who was more than a friend to him, that’s all. And then, he came to me and said that he wanted to break up. He said that continuing this relationship would only hurt us in the end because we belonged to different caste and other things.

He was tired of a relationship and wanted some free time to enjoy his life. He wanted to get into casual stuff and not get serious.

He left me and I kept requesting him to come back. I even agreed to be his friend with benefits. But he denied that too. He stopped texting me and promised me during our breakup that he would never make a new girlfriend. He only wanted to focus on his career.

He didn’t want his family to face trouble because of him. And so he went away.

What was my fault? I gave him my everything. My soul, my love, my time, but in return, he couldn’t even give me his love and respect. He couldn’t make me his priority. I am so hurt and alone, and he doesn’t even care now. I have no one to talk to in this so-called dream city. My dreams are shattered and I can’t even make him understand that love is not an Aashiqui but it’s a feeling which he doesn’t want.

Share this story because we know as hard as it may be to accept it, but they just don't feel the same way about you. It's wiser to back out and save yourselves from the pain.