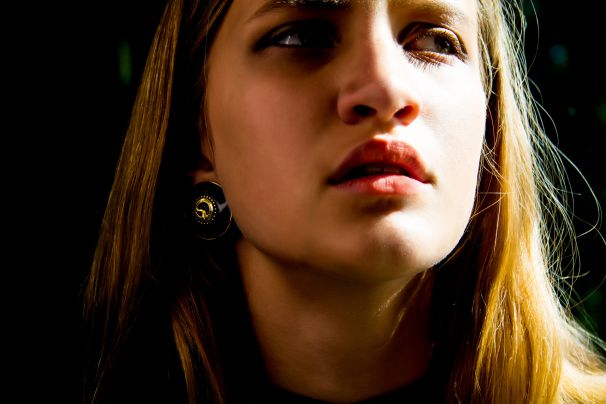 When we browse through medical journals, we may even get to know that it is normal for a 22-year-old girl to face such things. But I don't think there is anything ‘normal' about it.

I felt like my heart was on fire when I went through so much emotional turmoil. I knew I would never be the same person again. I had lost my confidence. I had lost my ‘real’ ‘me’. I had lost the ‘happy’ me.

We will hunt down someone - and do anything and everything to wipe out all the lovely and peaceful experiences that we shared. We know that they too are struggling to come to terms with the ruined relationship. We know very well that the love that they lost will never come back to them again. Love can never be one-sided. It always has to be mutual. But we will go ahead and hurt them anyway.

Maybe we lose our humanity when we lose out on somebody whom we loved dearly. Maybe we seek vengeance because we are unable to cope with the loss of love in our lives. Perhaps at such times, we are unable to distinguish between ‘right’ and ‘wrong’.

He didn’t want me to be a part of his life too but he was doing his best to ensure that I was not happy with my life too.

I know he still remembers me. It must be really difficult to forget someone after doing all those terrible things to destroy their lives. I want him to read this and I want him to know just one thing:

Just wait for your very own karma to return to you. You hit me with such force by playing games with me behind my back. Your karma too will hit you hard one day with the same force. You played with my life. You ripped through my heart ruthlessly and took away everything from me. I still wonder why I gave you my number.

That one action of mine turned my life into hell.

Like all other girls, I too had my very own dreams. I had finished with college and had just landed my first job. I was so happy and excited because I was making very good friends in my office. I was really happy about the whole thing and cherished the beauty of my life in my very own little world.

I had always been an extrovert. I was always surrounded by several people in college. I loved talking with everyone and enjoyed exploring new places. I belong to a traditional and highly orthodox family. Yet I did not want to get carried away by emotions like love.

Right from my school days, I had always had a lot of guy friends. Some would say that they loved me. Some would propose to me and say that they wanted to marry me. They did not profess their feelings to me just because I was a good looking girl. They really loved me for the way I was. But I would either reject or ignore them because I did not want to do anything that would make my parents hang their heads down in shame.

Sometimes I even ended up insulting a few guys because they would pester me so much. Maybe they did not like the fact that I rejected or ignored them.

So they would curse me and say that I will reap the fruit of my actions one day. But I would always brush off their caustic remarks with a laugh.

Maybe I am reaping the fruit of those misdeeds now.

Because though I was determined not to fall for things like love, I fell for him. He was not really a very good looking guy but I thought he was the perfect person for me.

He was good at heart and that was enough for me. He was a lot like my dad. He would take care of me and others very well.

He would make me feel as if no one else would love me in this manner ever. I really thought that he was a very special person. But I never expressed my feelings to him openly. I still remember that I started talking to him after 8 months.

I quickly realized that he was the one for me.

We decided to take our relationship to the next stage by talking about how we felt about each other to our parents.  We had decided to do this the next day.

I was totally scared about the whole thing. I was preparing myself mentally for the next phase of my life. I had just returned home from the office and had freshened up. I was waiting for him to come to my house at 10 a.m. the next day when I got a call from an unknown number.

It turned out to be a colleague in my office. She belonged to a different team. She confessed to me and told me that he had been in love with her for the past one year!

She has used the word “love” and had said, “for the past one year!” The words hit me like a bolt of lightning.

He had showered the same kind of love that he had for me on another girl for one whole year. I felt as if I was living through a nightmare.  I couldn’t believe that this could happen to me. I couldn’t believe that this was real. But this was the harsh reality. I felt as if someone was drilling through my heart deeply. I don’t know where I went wrong.

I felt I had judged him wrongly and trusted him too deeply too soon.

I realized that I was still talking to this colleague of mine who happened to be his girlfriend of one year. She went on to say that everything was over between them.

I called my friend and screamed my heart out at him. I cried like hell. We all met the next day. He said that he truly loved me and he had just used her. He apologized to her and said that he would not be able to lead a happy life if he married her.

I shouted at him very badly, warned him not to do this to anyone again and left that place.

He got in touch with me very soon. He tried to convince me and asked me to give him another chance.

I thought of giving him a second chance because I was getting influenced by all the emotional drama that he was indulging in. I somehow could not imagine my future without him.

He pleaded with me. He called me several times in a day. He sent me hundreds of texts in a day. He even touched my feet in front of everyone else. He asked me to believe him one last time.

Do read the second half of the story to know what happened to our relationship.

All of us want to lead our lives happily. We ooze confidence when we are successful in our personal and professional relationships. But only when we experience heartbreak and setbacks in our lives do we learn to introspect on concepts like ‘karma’. We then reflect on our own past actions and realize that we too may have hurt others with our words/actions. Do share this story if you too feel that emotional turmoil makes us more sensitive and empathetic.