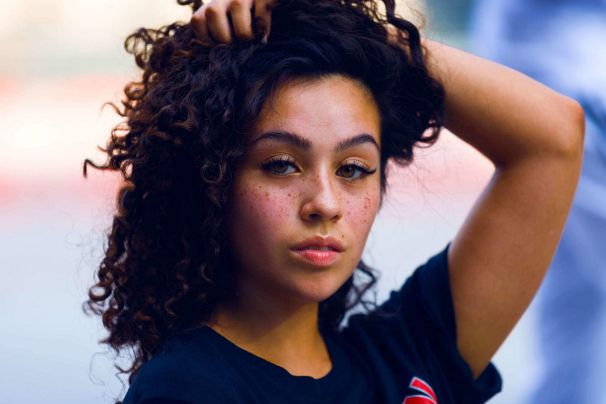 I got a message on Facebook from a guy named Motu (name changed) a few years back. It said, "Happy Holi!" I don't know why exactly I decided to reply back to this message. I had broken up with my ex after being in a relationship with him for just a few months.

I knew he was my ex's best friend but that text changed my life forever.

We started chatting all through the day and night and decided to exchange our numbers.

He was really attached to me. He always made me smile and supported me at all times. I couldn't have asked for anything better in my life.

Soon he started asking me to get committed to him. I would always give him some lame excuse or the other saying that ‘Friendship lasts longer than a relationship.'

I did not want to lose out on being friends with a person like him.

This went on for more than a year. We became very close to each other. He pampered me a lot and never asked me to meet him. I would always tell him that, "Tu mujhe phir se jeena sekha raha hai." He treated me so nicely and made me feel so special. I just cannot describe those feelings. I too wanted to accept his proposal but I would always stop myself from doing so because he was my ex's buddy.

But one fine day he managed to win me over with all his love and I said "Yes" to him.

We officially started dating each other now. I still remember the first time I hugged him. I was crying because I experienced such a great feeling of satisfaction when I hugged him.  I felt I was with someone who was in love with me madly and completely.

I felt I was in safe hands.

We went on road trips and stayed together. He taught me the true meaning of unconditional love. We had a smooth sailing relationship for two years. But like they say –'nothing lasts forever.' And my happiness too did not last for long.

Last year, after celebrating my birthday, he decided to go to another city to undergo some coaching. Things started worsening between us when he stopped spending time with me. He was always ready with his excuses.

I begged him to come to my place on his birthday so that we could celebrate it together. I had planned so many things for him. But he gave me his usual lame excuses. He said he could not travel in the middle of the week and that he fasted on Tuesdays. Though I convinced myself saying that he was busy with his coaching I knew he was actually busy spending his time with other girls.

So I just sent him a text message wishing him a ‘Happy birthday' exactly at 12. He replied saying that he had been expecting a call. I did feel bad about what I had done but things had continued to worsen between us. I would cry myself to sleep but nothing changed.

I had such high expectations from him and he was letting me down every single day.

Whenever he was drunk, he would send me text messages saying that he loved me a lot. But whenever I met him in person I would find texts from different girls on his phone. After almost 5 months, he came back and told me that he had gone there just to have some fun. He had never attended any coaching classes. He was his usual self with me now. But he left for Delhi again after a couple of months. He used the same excuse saying that he was going there for some kind of coaching. But I knew he was talking with several other girls there. He would flatter them and ask them to meet him. He continued to do this for a long time.

Whenever I tried to maintain my distance with him, he would come back to me. But whenever I asked him to spend time with me he would say he didn't want me to be a part of his life because he was bored with me.

I am finding it difficult to get over him. I was so satisfied with my relationship with him. He just left me so that he could enjoy himself with other girls. It makes me sad. But I have started becoming strong now.

That is the only option left for me anyway.

I just have two questions for all of you. Does anything last forever? Does love fade with time? I would appreciate your answers.

Maybe if we are cool, calm, confident and happy on our own - people will think twice before taking us for granted. Maybe people take advantage of our goodness only when our boundaries are not defined properly. Let's understand one thing properly – our happiness should never depend on other people's whims, fancies and moods. Perhaps we gain such insights only after going through such experiences. Do share this young girl's story so that other youngsters learn from her experiences.