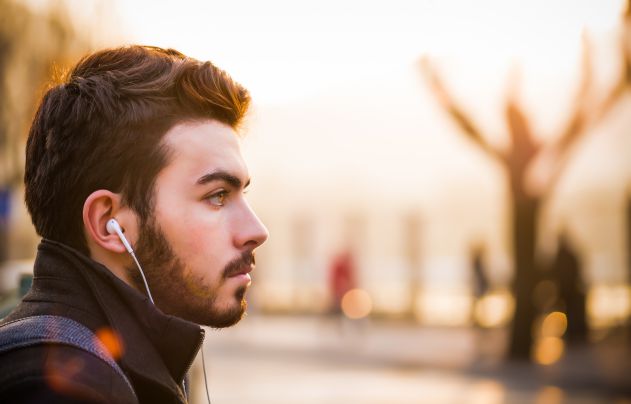 In May 2014, I was going through a bad phase of my life and she had her exams going on. Neither of us could sleep and on one of these nights, I texted her, and that’s how we began talking. I’m an emotional person: I’m antisocial and I mostly let my thoughts run wild inside my head. So opening up to her, was a huge jump for me. What I didn't realize, was that this jump would not help me land on my feet in the coming few years.

When we began texting, she thought I was mysterious and could identify with my background. After a few months, she confessed that she likes me; at the time, I told her I wasn’t looking for a relationship; it took us only six months to start dating. It was good, because it was real, for both of us.

On the 6th of December, her birthday, we went out and enjoyed ourselves, until, at dinner, I found out that a guy from our class that she used to like, now wanted to be with her. I told her to stay away from him, and at the time, she said yes. I was hesitant, maybe it was the way she replied, but something told me that she was lying. A few days later, I confronted her about this again, she told me that she used to go to college with him and not by bus, as she used to tell me.

I passed off this incident and didn't let my mind indulge in thoughts of her possibly cheating on me. But just a few days later, a few notifications from her past on her phone, proved me wrong once again. This time, instead of giving me any justifications, she told me we should break up. She said her past was going to haunt us forever and this wasn't something that she wanted to do to me.

I should have said yes. But instead, I told her that I don't care about her past; we all have one. What I care about, is her future, with me.

Around this time, I got an interview call from a company that I was interested in. Because we were in such a mess, I decided to throw away this interview because of my love for her, and not shift cities. And two years later, she tells me that she wants to marry me. That her parents have begun looking for a suitable boy for her, and we have a year to convince them.

I began looking into starting a business of my own, as I thought that this would be beneficial for the both of us. But it wasn’t enough. On the 25th of January, she told me that her parents had already found her someone and she didn’t want to be with me.

I did everything in my capacity to stop her, but it wasn’t enough. Eventually, all I could do was accept our fate and move on. But this wasn’t her plan. Three months later, she came back to me and we began dating again. Once again, she told me I had a year to figure things out for us. However, what she didn’t understand was that when our relationship went askew, I let everything in my life fall apart, including my business plans.

A few days later, through our common friends, I found out that her parents had actually never found a match for her. Instead, she was cheating on me with her brother in law’s nephew. When I confronted her about this, it took her less than a second to confess. She told me that it wasn’t something she had expected to do, but “just happened” and they dated for a while.

Once again, I let things go and even though I was broken on the inside, I trusted our relationship and decided to give her another chance. And as soon as I felt like we were building towards a better future, I found out that I was suffering from intestine cancer.

To summarize my life so far, I caught her cheating, once again. This mess has affected my health and I don’t think I can love or trust someone ever again in my life. I loved her with everything I have, but all she could do was show me reasons why this was the worst decision I could have made.

Share this story, to let all those who've lost hope with love, that there is someone listening. And we're here for support.