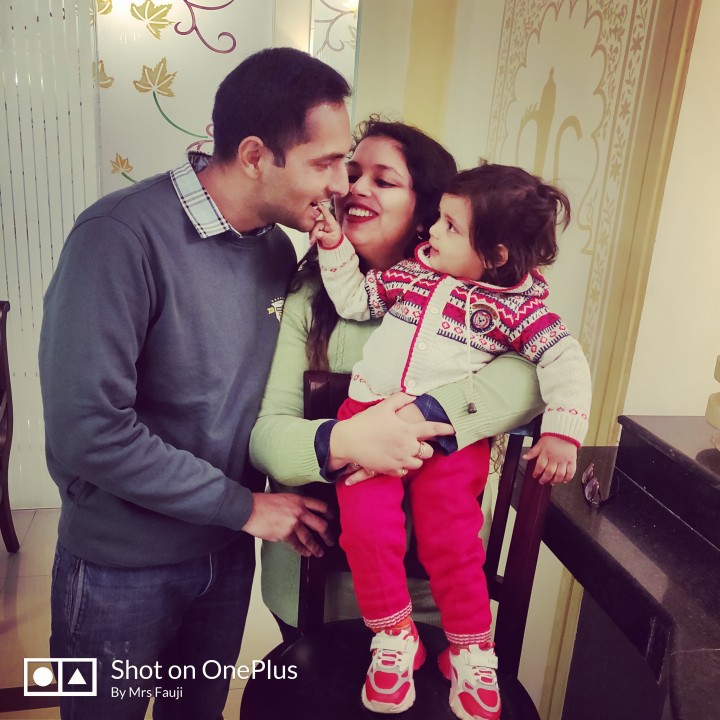 Both my father and Jaidhan's dad are retired military personnel. My father is a retired Air Force officer, and his dad is a retired Army JCO. Our wedding took place on 2nd February 2018 in Patna, Bihar.

I'm beyond proud to be married to a soldier.

I feel anxious whenever he is away for months at a stretch. Nevertheless, it's not new to me since my father also served in the armed force.

As a fauji wife, you become accustomed to taking care of the kids and the house on your own. It simply comes naturally to us as we have no alternative. However, I also need to admit that I was not alone since I received a lot of support from my family.

We have relied on letters as much as we have on video calls in our relationship.

The truth is, negative thoughts are natural, but it's nothing to worry about; it's just life. Eventually, we learn to live with them. It’s our daily life. As I already mentioned, it is not unfamiliar territory for me because my father was also a Fauji.

Every woman out there is powerful in her way.

Having established that, I believe that a Fauji wife must endure challenges that other women may never have to face.

Here Is The Reason Behind Our Name, "Oxygen On The Rocks"

Cheers to 40 Years of Friendship!