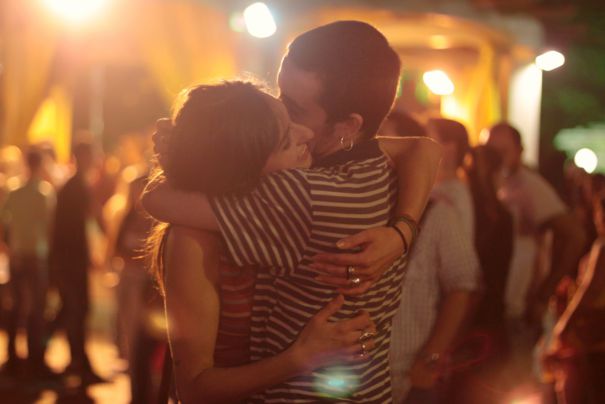 While going through a very difficult phase of my life where I was completely shattered, ruined and destroyed, trying to gather all my broken pieces, I started working. It was the step to a completely new world. I was actually going to see how the real life works with different kinds of people.

I was also happy for the freedom I had but there was also the fear of meeting new faces. I couldn't just trust someone easily after going through a hell lot of sh**. It was the scariest thing and also the most exciting as I was going to get to live the life I craved for all these years.

It was the first day at work when I saw a guy who was different from every one of them. There was the same nervousness on his face that I was going through. We both were just trying to avoid the unknown faces in the room. May be it was lack of self confidence that made us anxious.

It's very rightly said that, "First impression is the last impression". His impression that I could feel was the one that would make any girl fall for him.

I suddenly felt a connection between the two of us. Sadly, I was extremely shy and couldn’t even think of starting a conversation. I couldn't resist myself staring at him. Weeks had passed yet the two of us could only pass a formal smile. I just wanted to be around him. The tall, dark and handsome guy, he was exactly the guy every girl dreams of being with. Eventually we became friends, it was like the first step to victory.

It was during the breaks when after eating lunch when he was going out for a smoke, that he hesitatingly asked me, "Can you please keep my tiffin inside?"

And that moment just froze me for a few seconds, the happiness on my face was clearly visible but not making it too obvious I quickly nodded my head to say "yes". This happened everyday during the breaks. I too had started loving it .

A week later we made plans to hangout with our batch mates, we were just feeling more connected with each other. Nothing else could make me feel more comfortable than being with him.

Out of nowhere, under the strangest circumstances I met him and he made me feel alive once again.

It was the first night out of my life with friends, after giving many excuses at home finally it was the night I dreamt of. The feeling of freedom and the night out with him was just priceless.

At 4 in the morning sitting on the sea side with him for the very first time not just getting wet, I could also feel the rain, just the two of us. It was more like a fairy tale where everything seemed to be perfect and I was forcing myself to believe that "everything happening here is reality".

That night I was pretty sure that I was in love with him! It's him that I should be with. Soon we both made plans to hang out. Well he too was enjoying my company. I don't know if that makes me believe in coincidence or fate or sheer luck but that definitely makes me believe in something more powerful than the connection of hearts. It was the connection of our souls that brought us closer.

It was in the third meeting where without saying anything, he just made it obvious that he too was in love with me.

I couldn't control my emotions, it was like a roller coaster of all the emotions, nervousness, happiness and love. Undoubtedly it was a very big "YES" from me! The happiness on my face was not just irresistible but it also felt powerful, like all the stars in the Universe had moved in my favor. I loved the way he touched me without using his hands.

He made me overcome all my fears. He pushed me to broaden my horizon as a person and open myself up to life and to new interests that I would've never been exposed to had I not met him.

He has cheered me in every endeavor I chose to pursue. But he has also been there for the bad, for the times where I couldn’t stop crying. These are the times I’ve needed him the most. The best thing for me is that he wants me to evolve, grow and have an identity of my own. I just can't thank him enough for all the love he's showered on me.

FAITH is that I have in our love .
LOVE is what is going to keep us together .
HOPE is that I am going to always keep to make our forever last.