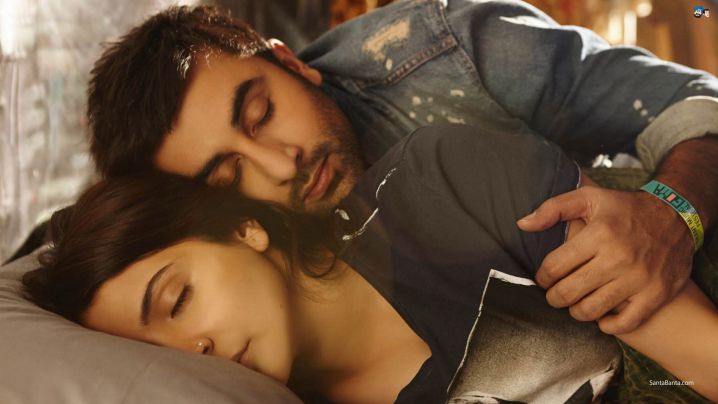 The first ever feeling I developed was when I was 5 years old. I had a small world that consisted of Shakir and Fatima. We were the best of friends. We played hide and seek in the giant colony and they used to disappear when my turn came.

I was jealous of Fatima giving attention to only one guy. Perhaps, I was introduced to the feeling of jealousy for the first time then.

One hot afternoon in Summers, I wore my brother's shirt that was ten times bigger than my size and I went outside Fatima's house and started roaring at the top of my voice "Fatima, I have grown up, will you marry me?". All I remember next was somebody from my family rescuing me from that moment of embarrassment. Perhaps, that was my first ever bold proposal. Age and innocence help you at times. We shifted to a different city. Was I in love? No, it was very early to say that.

I joined a new school. I met a class teacher of mine. She smiled and took special care for me. I was happy and finished all my homework. She was the first crush of my life. Did I know about morality in that age, no. I was only concerned with finishing my homework so that she could write ‘Good’ on my notebook. With every 'good', my love for her grew stronger. But it certainly did not last more than a week.

A new rich kid was inducted by the same class teacher. He was smart, oiled and well dressed. All my teacher's attention was soon drawn to him and there went my crush.

I was a big Shaktiman fan. I never missed the show. I imitated him with my gang of friends. We all gathered during Ramzan evenings and discussed, "If I call Shaktiman, will he will come?”. We all use to shout Shaktiman loudly. The only thing that got back to us was an echo of our own voices. In despair, we'd say "F***" in unison and try to fly like him. What we got in return was the giggle and frown from those bhaiyas who were 5 times older than us. I realised, they did not laugh at our imitation but the sound we made in unison.

Eid arrived, my father took me and my brother for the measurements to the tailor uncle. I was happy. But, happiness did not last for too long when a friend of mine chuckled in joy and said "I bought a Shaktiman costume for Eid". I was sad, I asked my mother and the reply I got, "Go, ask your father." I did not have enough courage then to ask my father the same. I never asked. But, when I went to Eidgah and I saw my friend wearing the same, he looked stupid in the crowd of thousands of people wearing a kurta. I was happy and perhaps he was not.

That morning, I broke up with the Shaktiman obsession as well.

When I reached Class 3, my world revolved around comics, stories and desire of having a bicycle. All my friends had it. I wrote numerous letters to my brothers asking for a bicycle but I got none. I tried using my father's once and hit my best friend's grandmother. She was an old woman with a good reputation in the locality. She sat down with the pain I had just caused.

Before people started to gather she said with her Paan stained red teeth "Go". I ran for my life and never touched an oversized bicycle again. But, the desire to have one remained, somewhere.

I was never given a bicycle until I reached the ninth standard and my school was a bit far. I bought a cycle for myself. But, that day I wasn't happy when I rode the new black ranger bicycle. Perhaps, the cycle was no longer my crush, it became a need. My love was temporary for it as well.

When I shifted to a new city. I missed my friends. I left them for a new school and the city. I wrote letters to my best friend. He replied. We exchanged letters for years and somehow it stopped but he continued writing, I wrote less. Why? Because I had met new friends, home works and an acting job to do. I met him after years one day. He was the same. He talked the same. Had affection towards me the same.

Nothing had changed but in the midst of all this I grew up. I wasn't the same person that I was years ago.

When I reached class tenth, the real attraction towards human beings started. I met a girl in school. She was smart and was the class monitor. One day, she proposed and I did not know what to say. All I did was that I started talking to her. We were on the phone till late night everyday until one doom day her landline bill of eight thousand rupees arrived. She was screwed at home and so was I hearing this. She was a person whom I liked virtually. We never talked in school, though we were in the same class.

The only relationship I had with her was a virtual one. Sometimes, I felt if she was the same girl whom I talked to daily. And one day, I realised it was not working out. I confessed, she cried and left. I felt bad, not for her but for the girl on the phone I shared time with. People followed in life continuously and with each break up I learnt something about myself and I grew up.

I had been in serious relationships. I had people in my life that I could not imagine a life without. I have broken up with those people whom I invested time and emotions in for years. They all are settled and happy in their own lives. And I am still learning. Learning and believing that there is love but perhaps there is nothing as long lasting love or happily ever after. At least, not in my case.

I believe I will still find someone whom I will not have to compromise my values for and still be in love and mad for them, all my life. And the day I meet that person, I will marry her. Till then, the quest is on. Let’s love, breakup and repeat.

Share this story with someone who needs to read this.