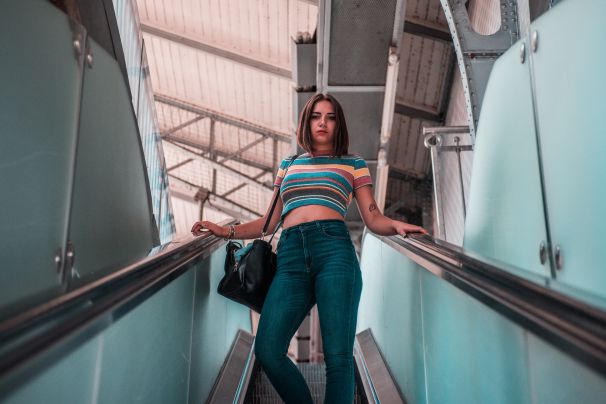 I was a failure. Well, you know how a "failure" is looked down upon in India. I failed when I was in school. When I got to know that I had to repeat a year with my juniors, I really wanted to kill myself.

I knew what people thought about a student who had to repeat a year and I didn't want to go through that.

I knew it was my fault. I should have studied well. I had a younger brother who too failed in the same year. Both of us had to repeat a year with our juniors.

Soon we were known as the ‘siblings who failed!'

My brother was a courageous kid. He was able to face the situation coolly. On the other hand, I was planning to kill myself before the school started. I just didn't want to face it. But the fear of death made me face school. That year I knew that the first day of school would change my life forever and it did. I had to join the class with my juniors.

When I entered the class, I thought all the students were staring at me with only one word in their mind – ‘Failure.' But actually, the students were nice to me. No one tried to be rude to me. But it was quite obvious that they all had put me on their ‘stay away from' category of people.

I thought I could face it even if it was a really difficult thing to do. Within a few minutes, we were asked to go to the assembly hall for our prayer session. I still remember how we had to stand in the line next to our seniors. They had all been my classmates earlier. When we entered the hall I saw my old classmates from a distance.

I saw how one of them looked at me with a shocked expression. I knew she was wondering if I had failed. She then asked all the other people to look at me.

I looked down immediately. I didn't have the courage to look up straight. I was looking downwards all through the prayer session and till we reached our classroom.

I started crying as soon as I came home.

I thought that this was the end of my life. After some time I got a call from one of my friends. She was my senior now. She asked me what had happened. I told her about the subject that I had failed in. I had nothing more to tell her. Somehow I couldn't talk much and I think she understood that I just wanted to be left alone.

She had been a good friend. She was the nicest person I had ever met so far in my life but I couldn't make her a part of my failed life anymore.

I did not want her to get tagged with a failure.My brother and I decided to come up with a lie about our failure so that we would be accepted by our classmates. We used that lie till we passed out of school.

We wanted friends. We didn't want to be alone.

We knew that only our friends would keep us going. So we used that lie to make friends or at least get accepted by them. It was hard. We were sure people knew we were lying, But we didn't want to be treated like criminals just for failing a subject.

Here is the real reason for my failure. We lost our father when we were kids so we had to move in with my father's brothers' joint family. My aunts and my cousins disliked us. I still don't know the reason for it. We were insulted by them every day. My mom was a soft-spoken person. She would never talk back to anyone because she wasn't brought up that way. We were scared because we were really very young at that time. My cousin bullied my brother. When we complained about it to his mother, she would say that we deserved it. She would then insult us all the more. My aunt would throw tantrums every other week telling us to leave the house. Unfortunately, this happened again when our final exams were around the corner.

We just couldn't concentrate on our studies. It finally showed up in our mark cards. We ended up failing with low marks. We had to face all this for no fault of ours.

We weren't all that good at academics. We always had to work harder than other normal kids. And now our ‘failure' gave them another reason to insult us. They would insult us at home and even at all the family gatherings. They would tell people that we had failed. Then the other relatives would look at us like as if we had committed a crime. It was really hard for all of us to face this at such a young age.

We were not accepted in our society, our house and in our school. We lived like outcasts. It was at such times that we missed our father all the more.

I would dream that he would come back to life and take us away from all the misery that we were facing. But we just had to face all this. Often I would feel depressed. It started affecting my health. I continue to suffer from chronic health issues.

I somehow felt that I would be able to grow out of this ‘failure' feeling after my school ended. When I joined my junior college I lied about my age to all my classmates. They were all new people in my life and I didn't want them to ask me why I was older than them. I used the same lie when I pursued my degree too.

I was scared of ending up alone and not being accepted. I just wanted to experience my college life like a normal person.

After I completed my degree, we got some financial aid. So we were finally able to move out of our joint family. We moved to a new house. We were so happy that we would finally be able to live freely and without any negativity.

But the memories lingered.

Every time I saw my schoolmate I would be reminded of my past.  I would go back in time and relive the day I had planned to kill myself. The memories kept haunting me every day. They made me feel like I was a useless person. And I realized that all those insults had shaped my character and shattered my confidence.

My failure continued to take a toll on my health. I couldn't think of taking up a job because I had to stay at home and focus on recovering my health. I suffered physically and mentally.

I want to prove to everyone that I am not the failure that they think I am.

But my health does not permit me to do this. I still struggle with depression and depression related health problems. I have no interest in doing anything because I do not see anything positive about my life anymore. I don't have the confidence to do anything anymore. I feel like a loser all the time. I feel that even if I work on something with a positive attitude I will end up being a failure. I keep thinking of ways of killing myself. I know this is wrong but my mind is so used to such suicidal thoughts now.

I have been to a psychiatrist. In our very first meeting, she prescribed me a ‘confidence' tablet. I thought this was pointless. I wanted to get better without any medical help.

I just wanted to get this feeling out of my heart because I never had the courage to share my feelings with anyone.

I am sharing this with the hope that someday people will stop looking at failures in a negative way. I hope they will help them out in their lives instead of insulting them and putting them down.

I scored 16/100 in my Maths exam in grade 11. I screamed at my dad and coolly shifted the entire blame on him because he had wanted me to study on my own! Several failures later I became an English/Physics/Maths teacher. Failure is never final. It can mould us, teach us and make us more empathetic too. Let's write briefly about one of our failures and share this story so that this young girl gets the inspiration to overcome her failure.