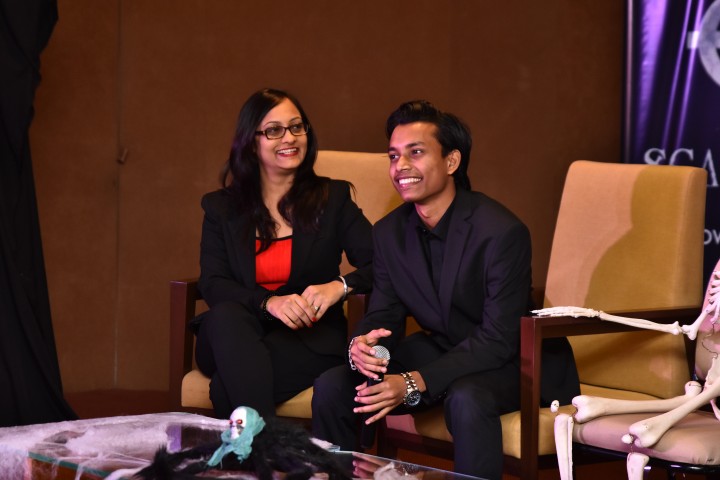 For many individuals, discussing the paranormal is out of the ordinary. Some people are afraid of ghosts, spirits, mediums, and supernatural experiences. Some people enjoy going to the movies and getting spooked. People who read horror/supernatural literature and believe there is nothing to worry about are rare. Everyone has their own way of avoiding or coping.

Everyone dreams of making it big in life as a child, whether in the area of engineering, medical science, research, becoming a soldier, or any other well-known career; nevertheless, only a few dare to try something new, and one in a billion consider doing marvels to make a difference in society.

I was one in a billion people who chose to drive down a road that was not only desolate but also less visited, and that made all the difference in my life.

I, like every other regular kid, had a great upbringing. But there was a fear lingering in the back of my mind, a fear of darkness, a worry that someone was always looking over my shoulder and watching me. Instead of bending down, I stood up and faced my greatest fear, and at the early age of 15, I began my investigation into paranormal activity as an inquisitive adolescent. I sourced all related materials and information about paranormal activity and spirits until I was 18 years old, when I completed the online course at New Life Ministry Church School in Ohio, USA, and became an Ordained Minister.

Pooja and I together founded the Parapsychology And Investigations Research Society, which is a government-registered organization.

Pooja Vijay, one of the society's co-founders, lives in Navi Mumbai.  Pooja was also fighting her own demons, before deciding to face them. She’s a psychic and spirits always come to her.

Being a psychic means that one person can see, hear or feel what others can’t.

People are willing to at least talk about this with an open mind, based on the calls we've received. A few years ago, this was not the case. Pooja, who has worked in the sector for almost a decade, Pooja believes there is a significant no. of people in the world (not just Mumbai), who have experienced the paranormal.

When Psychology reaches its limit, that’s when Parapsychology comes into action. Unlike some paranormal investigators who attempt to instill dread in people's minds about ghosts and spirits, mine and my team's major goal is to bring light into the darkness.

Around 90% of the cases that have come to the notice of me and my team are an instance of a residual haunting, where there are only emotions that strike your mind, not any form of negative energy. In the paranormal realm, any kind of ghost or paranormal activity that is reported by the general people is referred to as energy. Positive or negative energy can exist; certainly, positive energies do exist.

Pooja Vija and I, together with my team, employ a range of paranormal instruments to identify such electromagnetic energy. Google may be used to look up their functions. I have done a lot of investigations, but every case is different and based on the situation I take a call on my next step.

Only once in my life, I have taken a step back considering the safety of my crew, where I felt the negative energy was much more powerful to deal with and yes it was not in Bhangarh Fort. I clearly felt an intuition that this is something that was beyond my control. Considering the situation at ground zero, I decided to retrieve it.

Other than this instance, I have never backed out or left an investigation un-solved. Later on, after consulting other paranormal experts in Australia and Europe, it was revealed that the symbols at the haunted place were that of a demon rarely found in the Asian sub-continent. Also, I did take a step back but I also grounded myself, took control, and completed the investigation.

One last note just to clarify a very common misconception: “Spirits never enter a human body but become an attachment.”

I was always sure that supernatural beings existed, and I had experienced paranormal happenings even as a kid. In fact, I took to investigating them to overcome my fear.

So, I ask people to keep an open mind when they attend this convention, for you never know what you could encounter in the future.

Pooja and I, both felt the need to help the souls of both the worlds and hence, decided to form PAIRS, which now has people from all around India, helping us in our mission.

This Is How My Life Turned Around