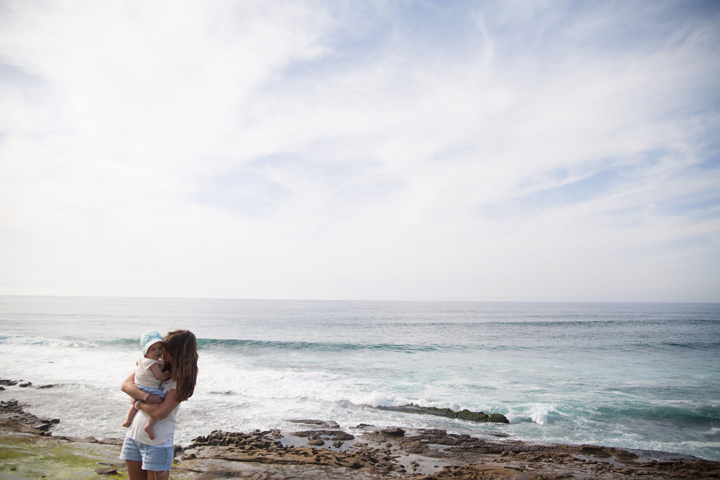 "What happened, dear? Are you not feeling well? Come, we’ll go see a doctor", my husband said as he started the car. I knew he was wondering why I threw such a tantrum on an issue as small as the washer man not delivering our clothes on time. Honestly, I couldn’t understand what had come over me, either.

"We don’t need to see a doctor. I’m not that unwell", I said suddenly.

"Okay, let me get some medicines for you, then", he said stopping the car at a chemist's shop.

I thought for a while and said, "Actually, get a home pregnancy kit for me."

He probably didn’t believe what he heard. He just smiled and got out of the car to get one kit for me. As soon as we reached our home, I took the test. I couldn’t believe my eyes. It showed two deep red lines! "Oh my God! We are going to be parents!" my husband almost jumped with joy. We called our parents and they blessed us, with special instructions for me on how to take care of myself. Days turned into months and we were finally blessed with a beautiful angel.

She was the most beautiful baby we had ever seen. We were both overwhelmed with joy. She made us feel complete.

My husband loved his daughter. Even if she had common cold, he would take her straight to the hospital and not to any ordinary doctor's clinic. I was never comfortable with baby talk, but he would talk to her for hours in baby language. It was so heartwarming to see this guy whom I had dated a few years ago, turn into such an amazing father. Our parents were convinced that our daughter would grow into being a daddy’s girl and her first word would be ‘papa’.

Our daughter was a bright child. She achieved all her milestones on or before time. Now, we only waited for her to say her first word. Unfortunately, that never happened. She turned 2.5 years old. She used to babble a lot, but could not say a single meaningful word. We got her hearing tested, thinking that maybe her hearing was impaired. But results came out to be fine. People then suggested we put her in a playschool, hoping that she would start speaking in the company of other children.

It was here that we started noticing that she was a loner. She liked being among children, but never used to play with them. She would hear us, but not respond to us. She would sometimes start crying for no good reason.

It was then that I thought of consulting a child psychologist. I had read up on the Internet about them and realized that my child's behavior could be symptoms of autism. I told this to my husband, but he wasn't ready to believe any of this.

"She’s only an over-pampered, stubborn child", he argued. But for the sake of our daughter, he agreed to visit a psychologist too. Our worst fears came true. The psychologist said it was too early to mark her ‘autistic’, but she was definitely on autism spectrum. We were also told that there was no cure for autism, but with early intervention and therapies, the child could be trained to lead a normal life.

Our world came crashing down. It was so hard to see our little one suffer. I cried for days on end. As suggested, we started with her therapies, though. It was here that I saw kids whose condition was worse than my daughter's. That's when I realized that I had always looked at people who had a better or an easier life than me. If I looked at people whose struggles were more difficult than mine, my life would seem beautiful. I looked at my angel. She was still the most beautiful child in this world… a bright and cheerful child!

Her therapies started. With time, she showed a marked improvement. As she turned three and a half years old, we got her admitted to a mainstream school. It was quite a struggle, but we were adamant. Why should she go to a special school? In fact, why should any child go to a special school? Doesn’t the constitution grant equal rights to everyone? Also, what makes these kids ‘special’?

They don’t have three eyes or two noses. They too need what all of us need—love and acceptance. Our daughter is four and a half years old, now. She still goes for four-hour-long therapy sessions, five days a week.

Regular school followed by grilling therapies leave her drained. But she is showing slow, but steady progress. She is still way behind her peers. But she can now say three-letter-words when prompted. She is more aware of her surroundings. She loves us. She comes running towards us when we return home from work. Last year, she excelled at sports day held at her school. Recently she has developed an interest in music too.

I know she is different, but now I am at peace with this fact. She was meant to be like this. If she was meant to stand out, why should I force her to fit in?

Am I happy? Yes. I love my daughter for the person she is. I do get worried for her sometimes, but I am not scared.

One day she will become an inspiration to others. I’m confident about that.