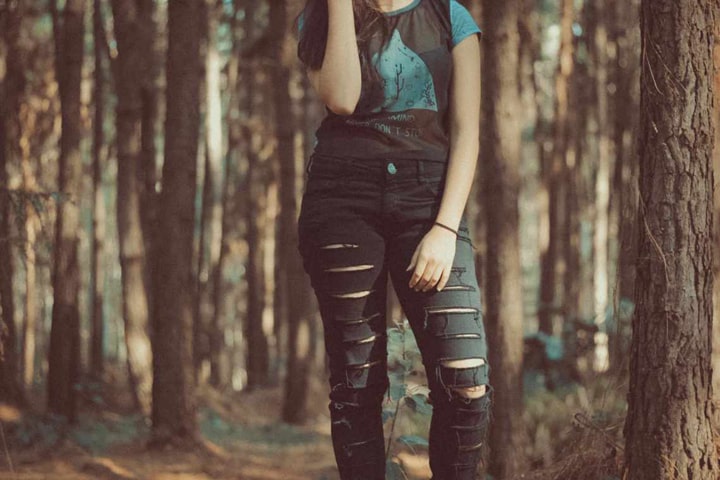 If you have a scar on your body don't think of it as something ugly. In fact, the scar is a sign that tells you that you survived a battle.

Many of us may have got wounded when we were children. Maybe we were playing or dancing when we met with an accident. Some wounds may heal without leaving any scar or without forming any keloids. But some wounds are so deep that even after they heal, they will leave you with a scar. Many products in the market claim that these scars will vanish in a few months. A few of these products may work but most of them don’t.

Medical science has really progressed a lot. In order to remove the keloids around the scar, we may have to take a steroid based injection or go in for plastic surgery. And this can be pretty expensive. So many of us just ignore such options and follow traditional methods of applying almond oil or aloe vera.

But what I dislike the most about the whole thing is the way our society looks at people who have such scars.

Nobody is perfect. We are all made by God. Some have a good complexion and physique while others have a wheatish complexion. Why do we segregate people on the basis of their colour, marks, etc?

I never thought about this until I personally experienced it. I met with a major accident around 6 years back. This left me with a big scar on my right arm. It had 38 stitches in it. Well, it is in better shape now and the colour of the scar has improved.  But I had to take many injections and I was put on a course of antibiotics for 45 days.

I thought the worst was over. But I did not know what was in store for me.

When I got back home after I was discharged, many of my neighbours came over to see me. I was overwhelmed to see that so many people cared for me. But I was wrong. Totally wrong.

These aunties had not come to see how I was doing. They had come to create their own set of stories about me.

They wanted to know how I had met with the accident and I found their queries hilarious. They all had the potential of becoming great scriptwriters for daily soaps. And I am sure people would have loved their creative thinking.

I would feel like I was in a jail when I was interrogated by them. They would express their feelings using words like “Isshh!!” “Ohoho!!” “Kya hogaya!” “Ab iski shaadi kaise hogi?” I would laugh at their sympathetic words but I would feel like “Mujhe AIDS toh nahi ho gaya?”

Sometimes I felt like I was a model because whenever anyone came to see me, I just had to turn my arm, remove my bandage and show them my wounds.

Then I would have to tell them all over again about how I met with my accident. I would also spice it up with some minor details depending on who was interrogating me. And then I would sell my story in the market!

Now came the healing part. Nobody could really imagine how painful the wound was. I had to take three injections in a day and complete the course of antibiotics.  The pain lasted for a very long time. Sometimes I felt that this particular area was still numb.

Sometimes I felt that my scar was more painful than my wound. I had developed keloids around the scar.

Basically, keloids are formed when our body starts secreting excess celluloid cells. They form clumps around the scar and look ugly. My family ensured that I visited the best dermatologists in Kolkata, Bangalore, Mumbai and New Delhi. But all we got to hear was we would have to go in for steroids or plastic surgery. So I decided that I was not going to waste any more money on this.

I decided to leave my scar alone. Actually, it had become my identity now.

Whether I visited a beauty parlour or a tailor, they all knew the work that they had to do for me. People were able to recollect meeting me because they were able to identify me by my scar now. People recognized me because of my scar. So much so that it had become my USP now.

My scar had now become more popular than me.

Earlier I had loved wearing sleeveless clothes. But now I stopped wearing them. I had to change my entire wardrobe after I met with the accident. I always carried a black shrug or a jacket with me now. I couldn’t wear shorts because there was another scar on my knee.

Whenever I visited a new parlour, the first thing that I was asked was, “Oh no! How did you get this wound?” When I looked at the expression on their faces, I felt as if I had committed some kind of a crime to have a scar like that. I started having so many inhibitions now because everyone else could wear what they wanted to in summers but I had to struggle with full sleeved clothes.

I was always conscious about my scar. I did not want anyone to see my scar.

Those initial 3 years were terrible. I became timid and conscious. I would always hide myself by wearing too many clothes or would cover my body with a dupatta so that nobody could see my scar. I avoided social gatherings like marriages and did not like going out to the club anymore because I always had to wear something different.

I was tired of explaining things to others.

But all was not yet over. One guy refused to even consider getting married to me only because I had a scar on my arm! That was really the last straw. I just packed my bags and went to Kerala to meet my bestie. We went out in search of some Ayurvedic medicine. We didn’t get any medicine there but yes, I regained all the confidence that I had lost. I met a wonderful person called Minnie there.

She taught me how to accept myself the way I was and helped me move forward with my life. She said that my scar looked very normal to her.

She then told me that I should not be scared of my scar because it was a part of my body now. She said I just had to accept it because I simply could not cut off my hand to get rid of the scar.

She said that I had to stop feeling so conscious about having a scar.

I have started flaunting it whenever I can now but I have also I learnt to stand up for myself.

I understood that this was my personal journey where I alone knew the pain that I had experienced. I alone knew how I had struggled to deal with the post-surgery pain. Perhaps society had a different way of looking at things.

But I also knew that I wanted to thank all those pushy aunties and people. They had pushed me around to such an extent that I ended up exploring and discovering myself.

I now love myself the way I am and feel proud that I survived this battle in my life. I still remember the day when I had resumed working. My boss had said, “You are a fighter. You are a true tigress. I feel so proud that you came back with a bang!!” Thank you so much, Sir. I always remember your words when I am down. I get the courage to move ahead with my life when I think of your words.

Yes, I know I am a fighter but I still have a long way to go.

This is for all those people who may have a scar or probably have some kind of disability. Don’t be afraid to love yourself. Face the world with courage.

My mantra is: Scars are not scary. In fact, they scare away all our fears and make us love ourselves.

Share this story if you too feel that we should all really learn to always accept and love ourselves the way we are.