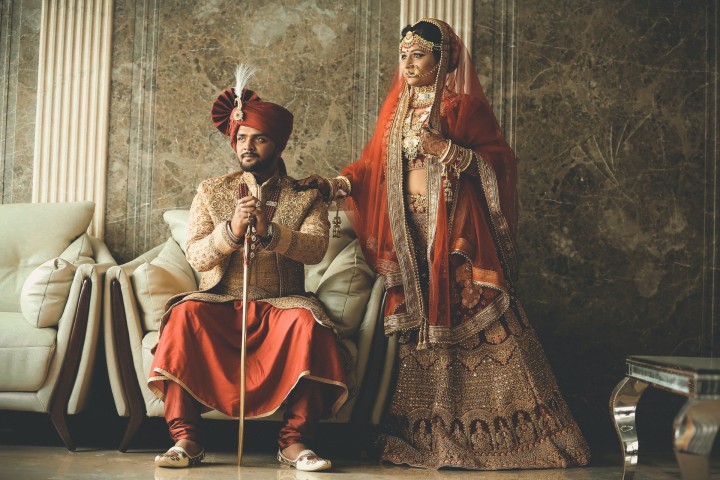 Hello friends, my name is Ashok.

As you all know child marriage is quite prevalent here. So, I am one of those early products. I was married at the age of 17, right after my high school.

You would be shocked to know that I had studied in DPS. So, the story begins around 2008 when I got engaged. Later when I grew up, I started saying no to this but none of that worked out.

After my Class 10 I came to know that they are going to get me married. So, I relentlessly tried to oppose it and cancel it any how, but all my nightmares came true after 2 years.

Today, I'm 22 writing this to you all. At that tender age, I was drained emotionally so much by my parents (who were in the police so couldn't approach police for help) and elder brother (engineer) that I had no other option but to give in. My mom cried like a baby like there was nothing more important than my marriage to her(main role).

When I said I don't want to do it, my fb, msgs, calls all of them were checked like I'm a traitor to the family because they thought I have someone else in my mind who I'm going to marry. All I was thinking at that time was getting admission in college in Delhi. That time those conversations of 2015-16 were so dirty and filthy that I used to weep all day and night.

I even tried telling the girl indirectly that please you just say no because I cannot. But she was like you are the only one for me. Main ek baar pahele bhi ghar se bhaag chuka tha so I knew it's a useless idea because you can't survive outside and movies show f@#*ing bullshit about it.

I can't even express it properly guys how terrible and ridiculous it was. I couldn't even commit suicide because that idea I have left many years ago(it has another story of my running from home at the age of 14). So, I somehow got to survive and live and that finally led to my marriage in the summer of 2016(who the fuck marries in that hot summer and that too in Rajasthan).

So, now that I'm married.. "let's face it, because this is the reality my brother" I said to myself.

So the girl is in my home now. I'm trying my best to make her comfortable because I know it is hard for her too. But the thing is, I have no feelings for her, just sympathy. I may be cruel but later it turned out that she is not what she was showing.

She was fucking smart in her own way. In the initial six months, she didn't even speak except if asked repetitively, many times. But later, I got to know she fucking can speak whole night without even a glass of water and won't let me sleep till she fell asleep first.

So, I went to college, it was okay and all but whenever I came back home I felt like it's no more my home. This thought of loneliness, even after being surrounded by my family and all left me pissed off.

It's been four plus years now. Somehow, I'm still alive. We both do not have any bonding. I fucking tried everything I could to please her and make her happy in these years, but all I got was lies and bullshit. And that led me to go for many other things in my college life (will tell you some other time).

She doesn't want to study even after she has every opportunity because she says I'm going to enjoy my life at home(how can she say that?), and you are going to get me money. I am tired of all of this. Everyone in my family knows it's not working anymore.

Man! How can it be? It's not the age to get marries ..you need to grow up to marry someone. You need to shoulder the responsibility, both the partners. Now this girl says if you are going to leave me I will commit suicide. She knows I don't like her and neither does she like me(compromise of the next level).

My parents also say if you leave her (to tu pure khandaan ka name kharab kar dega). They also dare me for suicides. I'm all fucked up.

Just a lesson for you all. Never be too attached to anyone, not even to your parents (for I was and that led to agreeing to marriage and sustaining this toxic relationship) or wife or love.

What would you have done if you were in my place?  Now I'm here, trying my best to get into foreign service so that one day I could just escape this cage. Do you have any other ideas to get me out of this crap?

For you it could just be a story for me it is my life.

Share this story because the writer needs your help and he is seeking it through you.