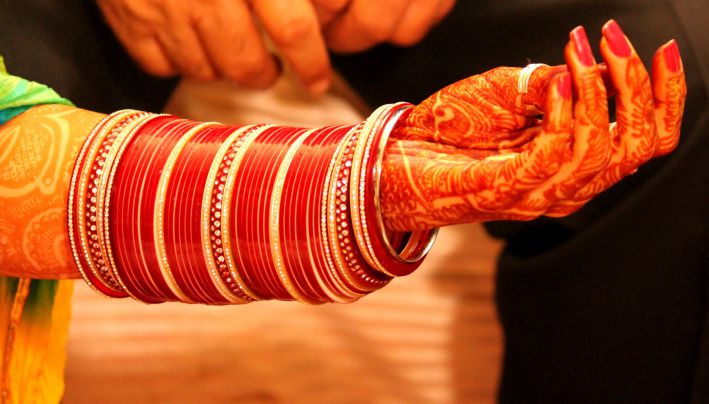 We've heard and read so many stories where parents and the society force a woman or man to stay in a bad marriage. My story is different.

I got married in 2015. It was an arranged marriage with not many expectations but just a few dreams that were shattered on the first day itself. My in-laws asked for the engagement expenses back from my parents and then the very next day, my husband asked for 11000 from me to give to the kinnars as they came to give us their blessings. I still thought of adjusting. I chose to ignore the red flags right at the beginning but that wasn't the end.

Once while returning from Vaishno Devi,  my husband and I were on the flight when he got arrested as he abused one of the air hostesses. She was his ex-girlfriend who he was in a live-in relationship with. I didn't know that. We stayed there for many hours before my relatives rescued us. An FIR was lodged by my husband's ex girlfriend.

I still decided to adjust with him even though he made every move to push me away. But he had probably never imagined that I'd have the strength to walk away from a marriage.

He used to keep my ATM cards with him so he can have all the control over my money. He was very violent. He made my life a living hell and I kept adjusting because I hoped for him to change one fine day. I was so wrong.

To be honest, I was scared and was anything but confident to take any step against him.

However, after 1.5 years I found my confident self again and I bid him farewell and left his house. He obviously created a lot of mess. He tried everything under his control to not make that step easy for me. But I had decided, just like I had decided to adjust with that wild animal for so long.

Walking out of my marriage did not mean boycott in the society for me. All I got was a lot of support from my loved ones.

Today I'm happy that I am living in the same city as my husband's but in a Paying guest accommodation. My parents, friends, colleagues everybody supported me and that's probably the only reason I don't doubt my decision even for a second.

My case is still on in court and I'm waiting for a verdict but I am away from that spineless man, happily living my life. I know one fine day I will be a divorcee and free, which is a big taboo in our society but who cares.

Share this story for the sake of freedom, to give every man and woman the strength to live a happy life in or outside of their marriage. Marriage is not a prison, it's a support system and that's what it should be for life.

LIFE IN THE TIMES OF CORONA
JUST IN
YOURS GEEKLY
LET'S FACE IT
BAKKAR. CHAI. SUTTA
SINGLE WOMEN BAD WOMEN