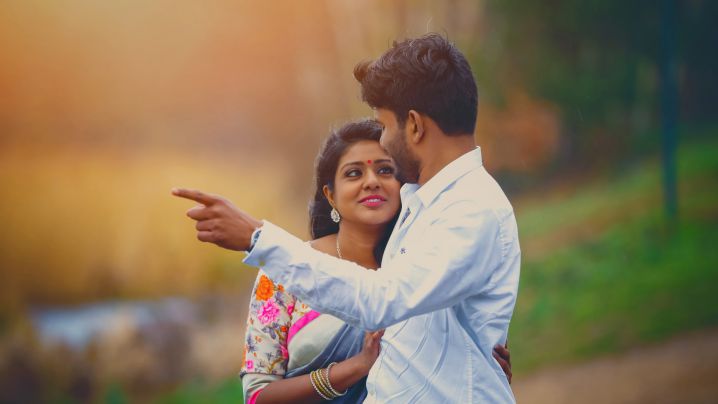 I was going through a very bad phase of my life.

I was engaged to a so-called well-educated boy in January 2016. And my wedding was scheduled for the 13th of July. All shopping was done, the hall was booked. Every wedding preparation was done. But I had to call off that wedding in June, exactly 1 month before the big day because the boy was more interested in my passbook.

He asked my dad for 20 lakh rupees in cash. He said that since my dad is a class one officer in the Ministry, he should also refer him for a high paid job. This shocked all of us, and my dad stood with me in my decision to stop this wedding. We lost 12 lakhs in wedding preparations. But it was okay. We closed the matter without involving the law, looking at lethargic justice trials in our country. I went through all this safely because of my dad and his support.

Then 6 months passed. A family friend of ours told us about a platform where people looking for life partners from our community come to connect. They meet each other 2-3 times, and then if things go well, their parents meet. I was at a point in my life where I could not trust anyone. But still, I got details of this guy called Harshad.

I thought that after 6 months, I should meet at least one guy. Before that, I went through his Facebook profile. I got curious enough to meet him because his check-ins were at Colaba Social, Starbucks, and such places whose ambiance I love. He did camping, he is a biker. His adventurous attitude made me more curious. Also, he wanted to meet the girl twice or thrice before saying yes.

So I took initiative and called him. We decided to meet at Starbucks Ghatkopar. We met one evening. The same day, I told him about my last engagement and how I canceled the wedding because I didn't want to hide anything. Had a cup of coffee and we spoke a lot. It was all very spontaneous.

I didn't allow him to pay my bill because I didn't want to tax him. He was impressed that I was an independent girl. Then we went our separate ways.

Since he enjoyed going on bike trips, he left for Gujarat the very next day. He was gone for 15 days but we were in touch through WhatsApp. Sometimes, we even called. When he came back, we met every day for the next 15 days. Sometimes I went to Churchgate where he worked, and sometimes he came to Ghatkopar.

But after 15 days of meeting him, I got scared. Suddenly whatever happened in the past began to haunt my thoughts. I used to tell my father every day when I went to meet him. I was worried that he might also turn out to be greedy, selfish, and arrogant.

I finally got his kundali details and we matched. It was a perfect match.

Then my dad called his dad, invited them for kande-pohe. Though the match was fixed, my family was a little scared. It was about being once bitten, twice shy. We were scared. My father took 2 months to think before he said yes.

During that time, we spent a lot of time with each other. We roamed around a lot. We went to Starbucks so many times that we had memorized the menu.

In March, my dad said yes to him. Then in April, all the arrangements were done. We had our pre-wedding shoot, engagement, Mehendi, haldi, shadi. Sab ekdum mast ho gaya. He proposed to me in January and we dated only for 3 months, and then all the decisions were made by our parents.

Harshad never asked about my salary, or asked about what my father had. He didn't shame me for having PCOD. Instead, he helps me workout and feeds me a healthy diet. He's a software engineer and I teach mechanical engineering students. So he keeps joking that he married me for one "advantage"- that I can repair his car and bike!

Do share this story because everyone deserves the best love.