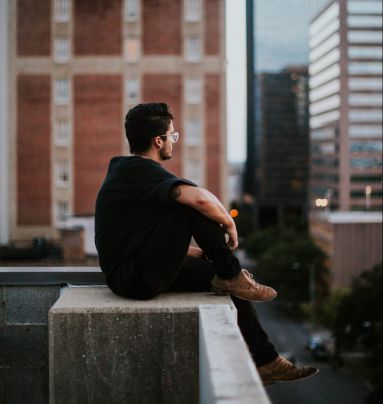 Before starting my story, let me give a small introduction about myself. I am a 25-and-a-half-year-old guy to be precise, and currently, it is around 11.30 pm as I am writing my story. Basically, my story is all about a message which I want to give. Back in my childhood and in my teenage years I was someone who was not having any kind of self-confidence and a very low self-esteem, along with it the worst thing which as per me I had was self-pity.

I would spend most of my time feeling inadequate and feeling that I am useless, I could be found crying in some corner especially in bathrooms just having pity on myself and considering my own self worthless.

Why this happened to me was just because my parents started comparing me to others and always made me believe that I am incompetent and good for nothing. They compared me to my elder brother, with my friends, with the children of their friends and whom not. And this comparison was in everything because they didn’t want a child like me. I just didn’t fit in their definition of a perfect child, so they wanted to change me and mould me as per their choice instead of allowing me to be like my own self. And what this did was cause me to feel that I am useless to my own eyes and that I am good for nothing. Their comparisons, their desires and expectations from me and them wanting their son to be number one in the rat race and my inability to match up wrecked hell on me and my condition became like Ishaan Awasthi from 'Taare Zameen Par'.

They were more angry on me for failing in maths and science instead of appreciating me for scoring good marks in Hindi and other vernacular languages.

Even after 10th, I wanted to opt for the Arts stream but I was forced to study science and go for paramedics just because my elder brother and father are engineers, or all my cousins are doctors and engineers. In satisfying their ego, there was also demoralization coming on me. Their behaviour towards me broke my self-confidence and my self-esteem to such an extent that I would hate myself and even in school, everyone bullied me and used me. I couldn’t gather the courage to stand up to them. This was my parents’ part, and now let’s look at my teachers’ part. Some of my teachers were good but some were horrible. In my parent's daal, they worked as a tadka. They would insult me and demoralise me, and broke me to such an extent that I felt that nothing is left in me.

To survive as a completely broken guy, where else would I go. Then something happened in my life, one incident which brought out all the frustration of my life. I won't name the incident, but that incident changed my life. I decided to fight back in life. I realized one thing, that this world is bad and it will break you, it will beat you and it will bring you down to your knees and it will kill you unless you fight back. I fought back and the first people I faced were my parents, and I abused them. I told them everything that I felt, and believe me, abusing my parents at that time felt good.

But after that, they started understanding me though not fully but they understood that their younger one might not fit in their definition of a perfect child, but I am their child regardless and believe me, that abuse got us closer.

But still, there was something inside me which I couldn’t express. So one day I just sat with a pen and a book and wrote down everything and after it ended, I drove to the highway and tore it. I threw it away in the fields and it was as if my past was going away from me. And as for my teachers and all those who bullied me, for them, my middle finger is the answer. Well this was the gist of my story, but I want to give a message to three categories of people:

(1) Parents: Always remember that your child needs you. They look up to you people for their inspiration so always inspire them and never compare them with anyone else because that's one of the worst things you can do to them. If they do not fit into your definition of a perfect child, then instead of changing your child, change your definition of perfect. Your child is more than 90% marks and first position in the 100-meter race. Accept them, love them, guide them but don’t make them believe that they are useless and someone else is better than them. And always communicate with your child, which my parents didn’t do with me. And never satisfy your ego and expectations for the sake of your child. If you were unable to achieve something in life, don't expect your child to do it because it is unfair.

(2) Teachers: Your position comes right after parents in a person's life and it is almost equivalent to god. You people play a great role in moulding a person’s life. You guys are playing the role of a direct and sometimes an indirect sculpture artist in a person's life so do it properly. Here I quote Mr Miyagi from Karate Kid “There are no bad students, only bad teachers". I request you to please try your best to be a good teacher.

(3) People who are going through what I went through: Always remember friends, fight back. Stand up and fight because life is all about fighting back so fight with everyone who makes you believe that you are useless. Whoever they are, your parents, your freinds, teachers or anyone else. Don’t prove anything to anyone, just love yourself and try to be positive because life is very beautiful so embrace it with open arms and you will see the beauty of life. Search for your own moment of life and always remember that moments come alive and live. Never even think of committing suicide and don't do drugs or alcohol or cigarettes or any other such bad things. And whoever demoralizes you, just show them the middle finger. The world out there, just kick its ass and live as per your own rules. If you do this, then it will not be able to beat you up. And above all, love yourself.

My quest of finding myself made me an atheist. Instead of relying on god to help me, I helped myself so I am not asking you to be an atheist but help yourself instead of waiting that god will help you or someone else will help you. Remember just one thing, fight back.

A Very Important Lesson The Pandemic Taught Me

How Facebook Changed My Life When I was At My Lowest