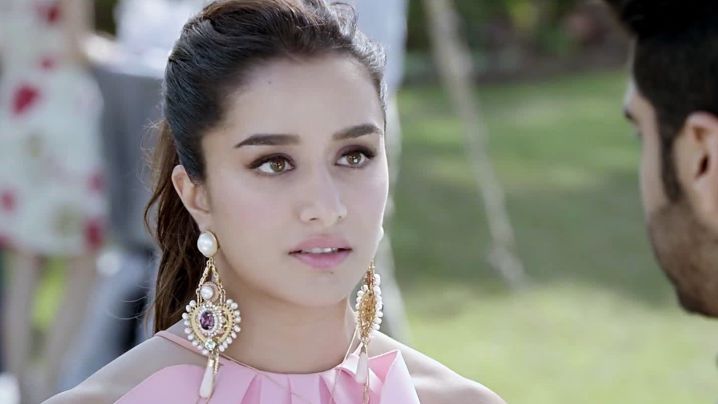 I met her when I was in the last year of my Bachelor’s degree. I was working so I did not have any time to study. I joined a crash course for 3 months before my final year exams that were postponed for another 1 month due to elections in Kolkata.

My first day of class, I took a bus that takes around half an hour to my institute. That day I was thinking about how lonely I was in life. I had no friends, just my work and I lost in the worldliness. I just got down at the bus stop, nervous about my first day in class when I met my school friend there. He was my partner in crime during my school days, I was happy to see him.

He was happy to see me too and he then took me to class where I found her.

He was sitting with these two girls, one was from our school and the other one was her. He was an extrovert and I am the opposite. I got a seat just behind them, he introduced me to her. And there our story began.

It was the third day of my class and I started talking to them but our conversations were short and crisp. That day we caught the bus together since our houses were very close to each other. It was 4 pm and there were very few people in the bus. So, the girls were gossiping and I was just sitting silently and then she said, “Why are you sitting quietly, come join us."

That's how we became friends. Then days became months and we started bunking classes together. We used to sit together and talk more, study less. Then two more people joined our group and the more the merrier. Days went by and one day she didn't come for class, I got to know that she had gone for a holiday to Puri.

I didn't feel like going to the institute either. I stopped going as well. Then after a month she came back and I was absent that day. My friend came and told me that she was back and was asking for me.

Again, from that day onwards, we started hanging out. She told me then that she was in a relationship but it was not working out. It didn't matter to me. We used to do everything together. Just she and I.

One day she wanted to try smoking so I bought her a cigarette. She tried it and with the first drag, she started to cough. I took it from her right away. I was a smoker then. The next day my friend told me that she did that just because she wanted me to quit smoking. I asked her what was the matter, she told me it was nothing.

After that day, she started telling me about a guy who was trying to impress her by dedicating songs to her. She wanted my advise on what she should do. I told her that it was completely her decision to make. Her happiness is all I cared about.

I used to drop her to her college for final exams, she believed that I was lucky for her. So, I obliged. It was her last exam and I picked her up from the college and we went to a mandir that was walking distance. She was again talking about the guy.

We were just about to reach our destination and I asked her, "Why are you going with him, am I bad for you?” and she smiled. Holding my hand she said, “Why did you take so long to ask me?"

She was about to leave Kolkata in three days. I had three days in my hands to be with her as she didn't know when she'll be back. I tried to make the most of that time but she was busy with her sister's marriage approaching. I could only spend time with her when she went shopping. I did that.

I went with her for shopping with another couple. It took an entire day of shopping, after which we went to Eco park. Just her and I. We discussed about our future and how she was not happy with my current job and career.

I promised her that I'll fix everything within a year for her.

Her last day in Kolkata, we planned to call all our friends together from the institute. I woke up at 8 am, went to my friend’s house to make a video of me and her. Then I bought a bouquet and a watch for her. Then with my friend I visited her place to give her the presents.

She was not happy with the surprise because there were too many people around. She kept the bouquet aside and I told her to watch the video. Tears roll down her eyes, then I gave her the watch which was very tight.

As destiny had it, we went to the shop together to fix the watch where she hugged me tightly and said, “I love you”.