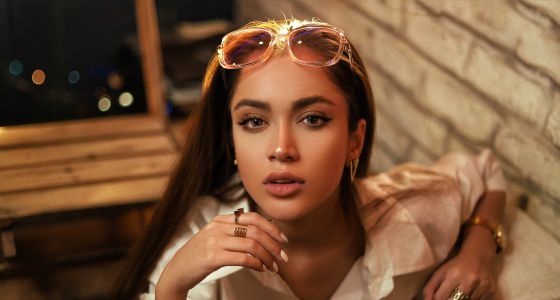 He broke my heart and set me free. Recently, a friend of mine called me to talk about her break up with her long-term boyfriend. As I played the perfect agony aunt to her, my mind wandered back in time.

The year was 2001-02 and I was in the eleventh standard then, preparing for pre-medical entrance tests. I frequently visited my best friend’s home for combined studies. She lived in a joint family along with her cousin, Rohit, who was also the stud of our school. He owned a laptop, a bike and had drop dead good looks; all counted as major turn-ons for girls back then.

Me being the plain Jane, knew well that he was way out of my league. He would never give me so much as a second glance other than a cursory 'hi'.

Fast forward to seven years later, I had become a doctor and my best friend from school was getting married. I stayed over at her place for a few days, not knowing then that I was being observed as I helped around with the wedding chores and danced with her younger cousins. Right after the wedding festivities got over, I went back to the town where I was doing my post-grad and Rohit contacted me on social media while I was there. I was thrilled on getting noticed from my school time crush. We started chatting online initially and soon moved our tête-à-tête to long phone calls.

He was a smooth talker and used to flirt around a lot. We would talk for hours every day and I was basking in the glory of all the attention.

This continued for months till the time when he said he couldn’t wait to meet me. I took leave from college in the summer and went home. Most part of the next two weeks was spent hanging out with him, watching movies and going on lunch dates. I had my first kiss with him and we just couldn’t keep our hands off each other during the limited opportunities that we had. I didn’t want those two weeks to end.

Few days after I came back home, I told him that his sister and I joke around calling each other sisters-in-law. He completely lost his cool at this and yelled at me, asking me why I had involved his sister. From that day, his behavior started changing towards me. The frequency of our calls had drastically decreased and when I confronted him, he rebuked me by saying that I have a habit of overthinking and complicating things.

In my mind, I tried to justify his behavior and calmed myself down by thinking that things would be fine when we meet.

I took a leave again during the winters and went home. This time when we met, it seemed like all he wanted was to get physically intimate but avoid any sort of conversation regarding the future. I was hopelessly in love and continued to find reasons to justify his behavior. A week after my vacation ended, I received a text from him stating that long distance relationships don’t work and that we should break up. I was devastated. Not knowing what to do, I called him but he disconnected my call. After many calls, he finally answered and very coolly said to me that he isn’t looking for a long-term relationship.

I was furious and what followed were many abuses from my side, angry phone calls, then pleadings and later I even stooped down to begging him to at least keep talking to me.

He severed all contacts with me; however, I would still message him occasionally, fruitlessly waiting to get some response from him. I still hope for a day when he would realize his mistake and come back to me. Six months of agony and loneliness had passed, when I received an email from him. My parents had put up my profile on a matrimonial site by then, and so he wrote to me saying that let’s get back together once before your future husband doesn’t allow us. My initial reaction was joy. I was dying to be with him.

I started to type a reply informing him when I would be home next and arranging to meet, when suddenly I felt something snap inside me. Something which held me back. I realized how conveniently I had handed over the key to my happiness to someone else.

He had become the center of my universe when I clearly didn’t have any place in his life. I deleted what I was typing and typed a fresh reply:

Over the past few months, I’ve had a plethora of emotions for you - from love and longing to anger and hatred. I fervently prayed for the day when you would want to see me again. But now that you do, I don’t want it anymore. The best part is that I don’t hate you anymore. However, there is no more a reason left to love you as well. I feel happy now and I hope that you are happy too.

And as I pressed the send button on that email, I felt free. The key to my happiness was back to being safe with me.