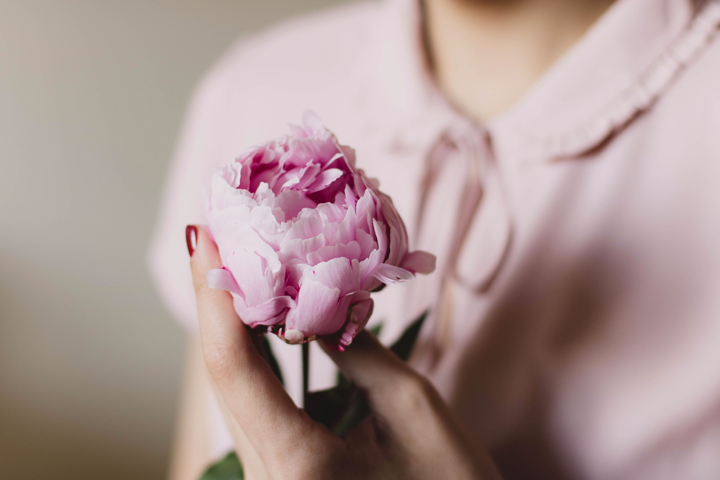 When he left me in the lurch, I was shocked and depressed. I wanted to end everything, including my life. But I guess God had other plans for me. Days went by and I started recovering from my breakup, then someone told me about Tinder. It just sounded so much fun that I installed it on my phone.

During one my holidays, I was swiping mindlessly and several people matched with me. One of them was him. He sent me a message, "Hi," he said, and I said "Hi" back.

A lot of people had jumped straight to talking about dating or sex, but he engaged in a real conversation with me. It was beautiful. And slowly, we took our Tinder conversation to Facebook. Eventually, we decided to meet for lunch one day.

I didn't think I would meet someone off the Internet like that. I still don't know how I managed to say yes. He asked me to get ready by 2 pm. He would come and pick me up from my hostel.

I met him for the first time on my college campus. At the very first sight, I figured he was a gentleman. The way he introduced himself and started a conversation was simply impressive. He then took me out to lunch.

I talk so much that my lips don't stop moving. But with him, I was nervous and at a loss for words. I was just a second year engineering student, and he was four years my senior and had a job. On his part, he tried his best to make me feel comfortable. After lunch, we went to the hills nearby and watched the sunset. It was unexpected, but it was an amazing first date.

Soon, we started meeting frequently. There were weekends together, and those days when he took leaves from work. There were movie dates and lunch dates. We became such great friends.

I didn't even notice when I started liking him, but it grew in me.

And then one day, I nearly got a heart attack. He said he had resigned his job and that he would be in the city only for another two months. I couldn't imagine what life would be like if he left. Wouldn't I have any more days with him? Wouldn't I be able to see him when I wanted? And then I realized that I would never be able to tell him that I loved him.

I wanted to scream "I love you! Please don't go!" but how can I stop a man who wants to pursue his MBA? This was for his future. So I left those words unsaid.

Before he left, I wanted to make him something special. I took pictures of us, movie ticket stubs, notes, and every memory that we had ever made. And then I slipped into a beautiful black floral print dress, carried the scrapbook in my hand, and went to his place. You should have seen his face when he opened the door! He had not expected me to get that dressed up for him and he was so amazed by it.

I handed him our scrapbook and said, "It's for you, baby." He was speechless, but I could see the happiness on his face. He kissed me on my forehead, hugged me and thanked me for making him feel so special. And that was the first time he said "I love you" to me.

But we knew we couldn't start a relationship. He would be gone after two months. I was in a place where I didn't know whether to be happy that someone loved me so much, or whether to be sad that I wouldn't have him around me. I didn't know what to do except to get what I wanted. I didn't want us to lose the present moment worrying about the future. So we agreed to honour our feelings for the two months that were remaining.

I wanted to spend every moment of the two months with him, but I also had my exams around the corner. He wanted me to do my best and he said I should focus on my studies. There's something about him- I can't say no to him at all. From then on, my life changed completely. From a below-average student, I grew to be among the best in my class. He had the key to my hidden potential. He taught me everything and groomed me to do my best. I finally realized what it was like to live a life with ambition.

Those were the two months that changed my life. But soon enough, the time came for him to leave. We spent the last night together, doing our best to celebrate the moment. The next day, when he dropped me back to the campus, I hugged him like my life depended upon it. I didn't let go in spite of the fact that everyone was staring at us. Then he was gone.

It has been two months since then. We still talk, but I fight with him for not having enough time for me. Then I go back and look at all the pictures we took together, wondering how I dind't know at the time that I was so happy. He gets annoyed when I dwell in the past, but these memories make me happy.

I miss him, I love him, I don't want to lose him. I want him to be with me forever. But most of all, I want to thank him for making me the girl I am today.