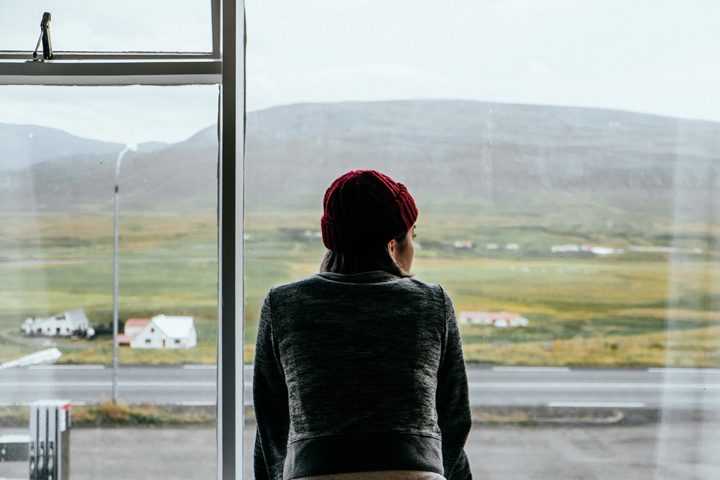 Grandparents are supposed to die only 4 times in the span of one life. But I had a fifth. It didn't matter how many legs my childhood stood on, but this man was the pillar.

His name was Parthasarathy. I called him 'chikkappa' (uncle) all my life, but to be honest, he was a grandfather. My two grandfathers died when I was still quite young. I didn't at all cry when they passed away. My paternal grandfather's brother, my chikkappa, never got married. He lived with us all his life.

To be honest, he was our safety net when we tight-rope walked and took risks as a family. He gave my father an education which would otherwise have been lost. He gave us his income, his labours of love. He stayed up so we could be put to sleep. Hang on, my hands are shaking. I might start crying hysterically again.

Until I was 8 or 9, I would get fever more often than Ekta Kapoor serials have rebirths. They were equally dramatic. My teachers would call home as I stood beside them, trying not to vomit on their sarees. Chikkappa would kick-start his Lambretta and bump through the roads to pick me up and take me back home. I would be helped out of my uniform and into a blue sweater (I would always wear this blue sweater to visit Dr. Vasudev, our family doctor). A 3-day antibiotic course would follow. He would patiently crush bitter pills and put them in a tea-spoon of honey.

"Open!" he would snap, pointing at my mouth, and feed me my medicine. If I woke up late the following day, and if my mother had already left for work by then, he would give me a bath. I had a great fascination for looking through the brown Pears soap, just like the little girl did in the TV advertisement, and he would patiently let me do it, without any verbal encouragements. My mother would have spanked me for wasting time. He was the youngest old person, the maker of coffee that would truly kick your ass in the morning, always on his feet, and never asked for help.

There is not one thing that I have remembered worrying about- he would pay the bills on time, baby-sit every child born in the family, make sure the water tanks were filled, even save the laundry from the fickle Bangalore rains. When I was 10, he helped me laugh at my homework. When I was a teenager, he always let my tantrums slide.

I was 21 when I went to Goa for an "unconference". When I returned, he said "What do you mean there was a conference? Was there a party? You know- bottle party?" I pretended that I had never seen Miller's beer in my life. To ease the tension, he told me about the time his boss got him to drink whiskey. He said, "I had one peg, then one more, and another one. My boss was afraid that I might finish everything and he took the bottle away from me. Stupid thing did not give me a kick only!

Alcohol is over-rated." Somewhere in that anecdote, I heard "It's okay to live your life but know when it's not worth your time." It was the best advice anyone had ever given me.

I lived away from home in the last 3 years of his life. Conversations became far lesser. I eventually even forgot how to talk to him. I would go home once every few months and sit in front of him. We would small-talk at best, and lapse into silence. Then he would make coffee, and we would scramble for the mute button again. There weren't many conversations we had in the end. But one thing he said stuck with me awkwardly. He wanted me to get married.

I pointed at my parents and said, "Look how much comedy is happening there," then I pointed at my childless aunt and said, "She's more chilled out than anyone else I know," and finally pointed at him and said, "You're not married and we're still a family. I don't see your point." He insisted that I should have my OWN family, or I won't BELONG. I had no idea what he meant by that.

Then came the stupidest day of my life. 14th August, 2016. I was happily sitting wherever I was, and my family had taken him to the hospital for an angioplasty. I was so sure that he would be fine, that I just held tight. I even hosted a mythology meetup group that day. It was my lowest act as a human being. Nobody should be allowed to take a family situation that lightly. And then he called. My brother.

He said, "I don't know what might happen but you have to come home." It made me feel sick, like all the fevers of my childhood slapping me back at once. I didn't sleep that night.

I was up the entire time, booking a last minute flight ticket, packing and unpacking and repacking. When I saw him in the ICU, the doctor let me linger for longer than they would permit. He could hear me. I know he could. His hands would shake and his eyelids would flutter. That hear monitor went barking mad. But he was plastered with sedatives after two cardiac arrests overnight. I apologized for being the silent one in our relationship. I told him I would come back to Bangalore more.

I still wonder how I was selfish enough to bargain with a man who was dying.

I shouldn't have, but I cried in the ICU itself. Then I walked out before I was able to make a bigger nuisance. Fifteen minutes later, they said "I'm sorry. We couldn't. Here's the release form. "My father was speechless. He stared blankly at his phone and dialed to my aunt. I was behaving like a child. My mother was still functional. She took the clipboard and started filling out the details for his death certificate. And under "relationship to patient", she wrote DAUGHTER-IN-LAW without blinking or stopping.

My father or my aunt would have claimed to be his nephew or niece. Only my mother could make him her father-in-law. This was never said out loud when he was alive. Even I called him 'uncle' not 'grandpa'. I suddenly realized what he meant by BELONGING to a family.

He had to die so that someone could claim a legitimate relationship with him. But he was wrong. It's been a year but not a day goes by without somebody thinking about him. Mom says that he would peek out of the window when she left for work every morning, and even today, when she starts her scooter, she feels the lack of being seen off. My father makes really terrible coffee, so I am sure he misses him at least twice a day.

He didn't know this, but he was my grandfather, not some version of an 'uncle'. He was the only grandfather I had the luxury of knowing properly. And because his relationship with the rest of us didn't have a name, it ventured into the territory of everything.

It went from friendship to parenthood, from caretaker to sometimes family clown. He wore every hat. He was a full and fine human being. He deserved to die on August 15th. We would never accidentally forget. No way.

Share this story because death is inevitable but more importantly, life lessons and relationships are forever.