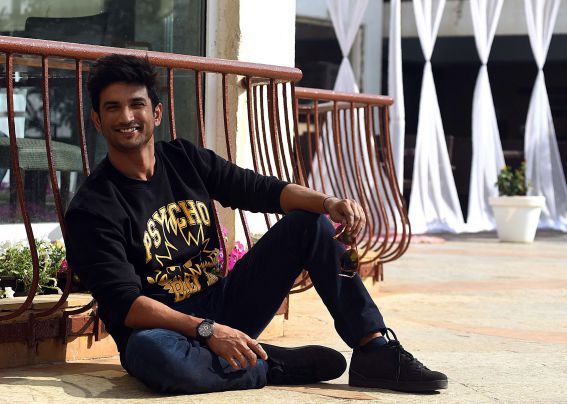 I know it’s useless to write to you since you're not around to read this anymore and it pains me. Should I have written this earlier? Who am I kidding? We usually have no way to know who’s going through what mentally, do we?

Talking to people who don't exist is the sign of my crazy, I guess. As a recovering mental health patient, I am in a place where I can't agree/disagree/condone/condemn your decision to stop living. We all stopped really living life a long time ago and maybe you were just tired.

In 2013, I moved to a new city. The months leading up to that, there wasn't a day I didn't wake up in the morning or go to sleep at night without listening to 'Shubhaarambh'. I think that was the last time I celebrated something so obsessively. I won't dwell in the meaningless irony of how today was not a 'Shubhaarambh' for you.

Actually, I'm here to say that your death didn't end anything. It didn't even end your life. I'm going to let someone else talk about how you live on through your work and all. And I'll stay in my lane and tell everyone who's reading this how your death REALLY DIDN'T END ANYTHING.

Your death didn't end what it's like to be hopeless. The minute any of us are out of work, out of money, in debt, feel like people are not listening to us, experience not being understood, don't have an answer for "What's next?", we are automatically hopeless. I'm one of the culprits who perpetuated the myth that human beings are useless without accomplishing stuff on some checklist.

Your death didn't end our futile definition of what's right and what's wrong. "It's wrong to not know what to do with your life. It's right to fix yourself and be there for all the people who care about you. It's wrong to commit suicide." None of these notions ended because you died. And they continue to be useless when people in need hear it.

Your death did not end the hypocrisy of our shock. We have a lot of feelings that are very personal to us. We will end up saying thousands of things about how amazing you were, we will "Copy & Paste, not share" Facebook statuses about how we will be there for each other. And we will immediately go back to putting out the fires in our lives and give no shits to other people. Our own problems are big enough.

You and us, we are not very different. We may die differently, but we die. And while our hearts and brains are working, we are not exactly alive. Our inherent deadness has not ended.

Your death has not ended our speculation about suicides. We have no imagination to think beyond "What was he dealing with that made him end his life?", as if people shouldn't have a say in how they die, even if for no reason. We're going to be intrusive, gossip-y, insensitive and analytical about your death in the pretence of caring about you. This intrusion now includes pictures of your dead body with the mark around your neck, and oh my God, your eyes! I'm sure you're not surprised by how heartless people can be.

And since I live in this paradigm by default, I'm going to do the kameeni thing of assuming that there was a problem that seemed too big for you and made you end your life. Like everyone else, you were probably responsible for other people as well. So I appreciate the enormity of the situation you were in- how do you take care of everyone in your life when you can't even take care of yourself?

Perhaps there is only one kind of person in the world who would consistently put other people's needs before their own. Typically, these people are soldiers in uniform. And it's not everyone's speed to be a soldier in life. Yet, people expect us to give up prioritizing ourselves and pay attention to them. It's unfair, it seems, but not impossible to be that way. There are people in the world who put other people's needs ahead of their own, all day, every day.

I'm making myself hear what you're not saying right now. I'm assuming that you're saying, "For f**ck's sake, keep your problem aside for one second and see it from my perspective!"

Maybe if someone had done that, you wouldn't have committed suicide. So I'm promising, not just for myself, but also for everyone who's saying this along with me right now, "I choose to put aside my problems for a second and listen to you. I choose to look at the world from where you are standing. I choose to speak about your concerns exactly in the way you speak about them, so I fully get what you are dealing with and not jump to my smart-ass conclusions. I choose to give up being a know-it-all smartypants and actually focus on this conversation being a turning point in your life."

And if I make this choice at least once in my life and that really makes a difference in one person's life, it's a choice worth making.

Maybe your death did end one thing. It ended my selfishness.

So, thank you Sushant. Thank you for this much-needed wake-up call. This will be the 'Shubhaarambh' of the world you deserved to live in.

If you have no idea what to do, write your story first. Trust me, it helps. We are always listening.