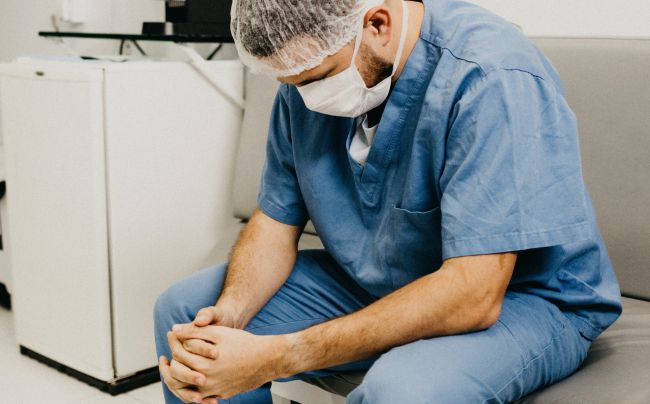 Dear Indians who are safely locked down at home,

I write this with great disbelief, failing to comprehend the ignorance of the human mind and what it can cost. Doctors are making headlines for reasons they never should. When I realized my childhood dream of becoming a doctor, I never thought I'd have to be afraid of this.

Dr. Simon Hercules passed away 2 days ago, aged 55 years, after contracting COVID 19 from one of his patients. That's not the real tragedy. We doctors are trained to serve, and some of us have even served in wars. But the worst blow was how he was denied burial by the localities of Kilpauk because they feared his deceased body was contagious.

I came to understand that he was a renowned neurosurgeon and the managing director of a private hospital in Chennai. Like most doctors of his time, he had an illustrious educational training from the best colleges and hospitals in the country. Neurosurgery is a very demanding profession and like every other doctor, he would’ve served his patients to the best of his ability with compassion and grace.

In his lifetime as a neurosurgeon, he would’ve saved innumerable lives hanging on the edge of death. He would’ve spent nerve-numbing hours at the operating theatre, all without complaint, to do justice to his profession and patients. I can imagine the number of days he might’ve simply collapsed in his bed after reaching home out of exhaustion. He might’ve even sacrificed many important events or celebrations because of his dedication to his patients, just like every other doctor.

Have you ever imagined what a neurosurgeons life is like? All day, every day of his adult life, he would have spent with people who needed critical operations. Have you heard of any "minor" brain surgeries? I thought not. He spent his whole life in the company of people who had lost hope.

Don’t get me wrong. I’m not trying to put doctors on a pedestal and demean other professions. Each profession is as important as any other and has its purpose in the society. But oftentimes, we forget that doctors are also humans. They have a body, a mind, a soul and surprisingly, also a family who worries about them just as much as any other “normal” family. We distance doctors so much and we fail to see that they live in the same world as ours, facing the same problems of life.

To us, a doctor’s sole purpose is to serve, expecting nothing in return, even in death. We protest if they get better pay, we assume Google is more qualified than them, we abuse them physically and mentally at our own convenience and now, we have gone to the extent of denying them their basic burial rights. Have we become so inhumane? Has ignorance and stupidity dehumanized us? Society has become a greater threat to doctors than the virus.

I write this with a lot of fear. I fear to tell the society that my mother is a doctor, who is as aged as any mother of a 25-year-old would be. I fear to admit that amidst all this chaos, she still attends to all the full term pregnant patients who come to her out of desperation. Just like every other doctor, she places her patients above her own safety and that of her family’s. I pray every single day that she should return home healthy. I pray that society will wake up and educate itself from all the ignorance and stupidity. I pray that the government will take better steps in preserving the interests of the health care workers.

Reality is, we need the doctors (especially now) and not the other way around. Don’t make them regret choosing this holy profession.

With love for you still,

A Maxillofacial Surgeon who aspires to serve the people.

When was the last time a doctor asked you for help? That's right. They've never done that. They've always been the ones to help you. If you can trust them with your life, is it fair to make them beg for theirs? Share this story to make sure this message reaches to each and everyone, regardless of how they feel about doctors right now.