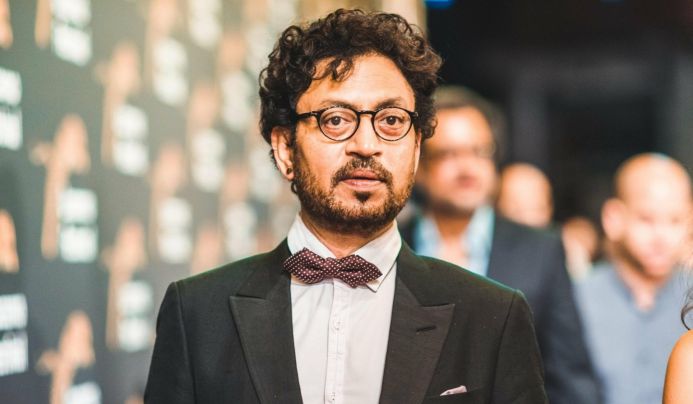 First, the good news: things are better today. According to Faye D’souza at least. Himachal Pradesh hasn’t had a positive case in 5 days even though they are testing very actively. Assam is giving Rs. 50L worth of insurance to their journalists who are on the field reporting the news right now - information is an essential commodity. I’m just happy to know that there’s humanity left in some of us still.

Best news though? We are moving towards flattening the curve more and more - today, we are seeing the doubling of cases every 10.2 days, it was 7 days earlier and the recovery rate of patients is 23%. 23% of the coronavirus infected patients are recovering and going home from the hospitals. We also have home testing kits available now and it’s encouraged if you have a house to yourself and you are somehow mildly infected, you self-quarantine instead of getting admitted to the hospitals. After all, it’s a tiny percentage (5%) of us in the country who are capable of self quarantining without spreading the virus inside our homes.

But hey, life is not all hale and hearty, especially right now. Hopefully, with the bad, come the lessons. That’s what I’m going to attempt here now.

So, bad news? Just like us, common everyday people, who are using the pandemic to feel emotions we’ve never felt before, calling our exes and blaming it on the pandemic, the lockdown is being misused to set some political scores. How I wish, lockdown meant lockdown of all kinds of demons in this country too. What would arresting people from the riots that happened in February help anybody right now? Lockdown must mean a steep decline in crimes too, right? I know this is a complex issue for any kind of government in this world to take care of but I do wish we could just stick to the goal right now, of eradicating the virus and reviving the economy sooner rather than later. I don’t know much about politics, however, I do know, that antagonizing communities has helped nobody ever in all of history.

More bad news? We lost Irrfan Khan. In the morning, I read about him getting admitted to a hospital and I took a break from writing to cook breakfast for me and my sister, and this happened. I came back to my laptop and read the tweets about Bollywood’s massive loss. I don’t know what to feel right now, and how to feel it. Been a while since I’ve felt so numb. We don’t have many role models in Bollywood, you see. And unfortunately, it’s the industry that has massive power to influencer mindsets in this country. We do have A-star actors who know they are famous, but Irrfan Khan, he was an artist, and more than that, he was a good human being.

When I sat down to write today, I had something else in mind. I didn’t know that in the middle of me writing this journal entry, making poha, and planning the rest of the day, this could have happened. This was as unexpected as waking up one day and realizing we’re in the midst of a pandemic that was a joke until a month ago.

Good humans shouldn’t die. I remember feeling like this when I lost my father as an 8-year-old. I had asked my cousin brother why God took away good human beings from this world. And my mature brother, like a wise man, said to me, “Beta, God has a shortage of good men, you still have all of us.” Today, cliched as it may sound, I find myself reminding my shattered heart about that moment when I stopped believing in God, and why.

There are very few good humans in this world who we can look up to and today, we lost one of them. When ridiculously famous, loved and successful people who are also great humans fail or die, it hurts. It hurts and more than that, it demotivates us from doing good. That is truly the hardest part, isn’t it? To keep going regardless.

However, to look at the brighter side. Irrfan Khan was 53, a well-deserved Padmashri awardee, made his film debut in 1988 and spent many years after that, struggling to make a mark in the industry. Today, my sister told me that she had seen him years ago in a TV show with daddy where she had thought in her head how he was a really good looking man. It took Bollywood 13 years to notice him, only after the British film industry featured him in a film, The Warrior, in 2001. There was no looking back for him from thereon, as we know it. There came a point in his career where people have written characters keeping him in mind. Here’s where we can still believe that good things happen to good, well-meaning, individuals.

Moral of the story? Persistence and perseverance fail nobody, but life sometimes does. That’s why it’s so important to wake up every day to work on or do things you truly love. Right now, it’s crucial. When he got Cancer in 2018, he wrote a letter to the world, that you should probably remember as his last words to you, if you’re hurting as much as I am right now.

Now, as some international media somewhere in the world finds it crucial to report how a celebrity “led Irrfan Khan’s tribute” instead of actually paying a tribute to his work, I hope to find it in myself again to believe in doing good and being good in this big, bad status-quo driven world.

And maybe spend today curling up in my quilt watching or thinking about his movies and wondering how soon enough, he became the reason behind every movie watched by us just because it had him in it. When this becomes the connection between an artist and his art, you know he’s done well for himself.

Rest in peace, Irrfan Khan, thank you for leaving us with a whole lot of inspiration to follow our dreams no matter what, thank you for reminding us that passion overpowers hereditary and the ‘unexpected’ helps us grow in life just when we thought that we’d had enough.

I know that there are many ups and downs in life right now, but no matter what they are, you can write about them here. Your story matters and you deserve to tell the world.

My Covid+ Report Told Me I Had Cancer: Today, I'm A Survivor

Fathering Is Not Something Perfect Men Do, But Something That Perfects The Man