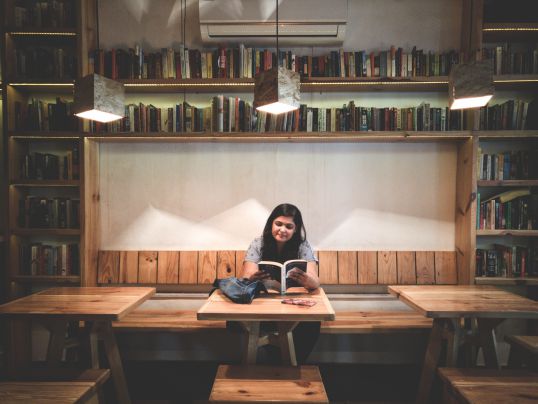 I got introduced to my new classmates, settled down in the classroom assigned to us, the first-year block of the college. The first two hours were tedious, and we were waiting for recess. The bell rang, and I wanted to go for some drinking water, and that's where I first saw him.

He was this 5 foot, 10-inch tall guy who was not precisely handsome but had these cute, innocent eyes. I didn't know who he was, or which department he was from, but my heart skipped a beat.

I didn't know whether he even noticed me, but I hoped he did. Everyday I would go to college, expecting to bump into him at the corridor, hoping he would see me. I was never brave enough to walk up to him and speak a word.

One year passed by like this, me wanting to talk to him and praying that he would speak to me.

By then I had just gotten to know his department, name, and birthday from a few friends of mine. I would enquire about him from a college bus friend who was his classmate. She told me that he was in love with someone from my department and that his friends used to tease him about her. I hoped and prayed it was me. But I never got to know who it was.

The second-year blocks were as per our department choice, and our paths diverged. Foolish fantasies changed into grappling realities of having to study, pass the exams, and land in our dream jobs. But his thoughts and the few fleeting images stuck on in my head. Maybe that's what you call a crush? Maybe you never forget that face or the eyes that seemed to stir some butterflies in your stomach?

Into my third year, I had less frequent chances of seeing him and I had totally given up on it. I didn't want to make a fool of myself but he remained somewhere at the bottom of my heart. College got over, I landed a job, I moved on with my life but I remembered his birthday. So, I tried to find him on Orkut, which was once a fad.

Three years since college, I also get married, times change, Facebook arrives, and so does your desire to look out for your classmates, college mates, and the strange urge to become friends with my one-sided college crush. He adds me as his friend. I am delighted. I skim through his FB pages, see that he is engaged to be married, and am truly glad for him, and surprisingly the name of the girl is the same as mine. I pray that he gets all the happiness in life that he deserves.

One day, 9 years later, I find him online on FB chat and start chatting with him. I get his mobile number and save it. Thanks to WhatsApp, we get to see each other's DPs and also status updates. That's when he finds my status updates exciting.

I ask him if he is safe during the Coronavirus lockdown, and that's when he tells me that he is down with an incurable immune system disorder for the last six years, because of which he lost his job and wife and his whole world has crumbled to bits.

I break down to tears; how should I console him? What do I do? Should I tell him that had I had the courage to talk to him during college, I would be with him now? That he had always been in my prayers and dreams for the last 16 years. Would he believe me? Or would he think I was a fool or a stalker?

Thoughts then shifted to him. I wish life would give him a second chance, or he would get inspired by someone or something to make the best of his remaining days. I felt he deserved much better. I felt like hugging him and telling him everything would be okay and that I was there for him.

Who says lockdown mood swings can't give you butterflies in the stomach? If you love what you're reading, we have more stories here.

Also, it's time to write your own. We're always listening.

Also Found in Confession , True Story , crush , Life In The Times Of Corona .