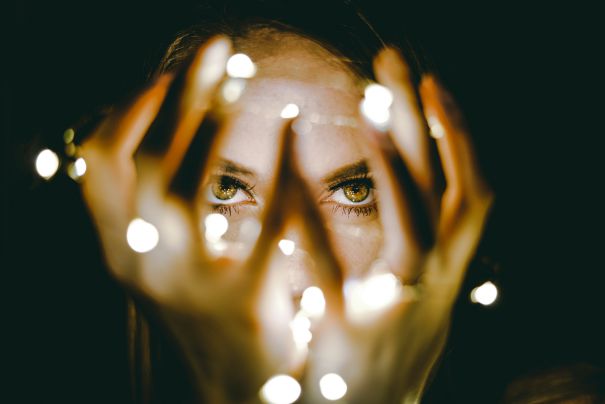 5th April, 9 pm, for 9 minutes - our country’s Prime Minister, a very powerful thought leader in the world, has asked us to turn off all the lights and do a candlelight/diya vigil in our homes, standing outside to silently be there for each other in solidarity. The nation wants to know what’s the logic?

A sentence that could’ve just been tweeted, our PM chose to “address the nation” at a particular time for it. Maybe to prove that the world economy has really come to a standstill, now that one of the most powerful men in the world facing a life-changing crisis has too much time in his hands. I don’t want to repeat myself but how I’d wished he could’ve acknowledged the real issues faced by real people today in this country, right now. Like our health workers. But anyway, let bygones be bygones. I’ll tell you what I did on the 5th of April when the time comes and hope you’ll tell me too in the comments below what you intend on doing or what you thought of his big reveal.

I think - maybe there’s a real Guru who’s running the corona show for us Indians? Maybe there’s a unique spiritual permutation and combination of the thali claps and diya lighting at a particular time and date that beholds the future of our country with the ‘novel virus’. I guess, it’d be fair for me to say now, that just like the rest of the country, my brain has stopped working today.

On that note, let’s do a quick recap of the last few days of our lives (this is probably one of the major reasons I’m doing these journals - to document this time online).

First public curfew called #JanataCurfew happened on March 22nd, where everyone in this country was supposed to make some auspicious noise from their homes, it could be claps, utensil banging, bell rings, what have you to applaud the spirits of the health workers and people doing government jobs even during this time.

#JantaCurfew turned out to be group get-togethers at many areas and maybe spread the virus a bit more because of it.

The PM again addressed the nation on March 24th and declared a 21-day lockdown in the country.

The riches used their private jets to bring their kids back home from other countries. If they have empathy, they'd have hopefully got a few of the friends/classmates too.

Indian kids studying abroad are stranded at many airports because they didn’t get to come back home in time and they don’t own private jets either.

The most hustling and bustling cities turned into ghost towns.

Everything’s shut, expect grocery stores only for essentials and banks, no public transport available either. A sight you’ve never seen before.

Many people cooperated, many people didn’t, thus leading to the spread a bit more.

All online delivery apps have long queues for grocery deliveries, people are panic buying, which is understandable though they shouldn’t. But we’re getting hit by surprises every day.

Companies laying off employees because revenues have gone to zero overnight. Many startups will shut down in the following months, barring a few. And many new ones will come up.

Banks and RBI are coming up with new policies to give some relief to the citizens but not the best execution in terms of spreading that information.

Landlords are not supposed to charge a rent till the lockdown, don’t know if this is being practised actively or not.

About 139 million migrant workers in the cities have been left jobless and homeless, on the streets; the country and organizations are coming together to help them.

Low-wage workers trying to go back to their villages has made social distancing impossible.

The longest-standing protest at Shaheen Bagh, Delhi, has finally come to a halt.

Health workers are being boycotted by their landlords and neighbours because of their exposure to the virus. They’re forgetting that without them in this time, they’d probably not survive.

Doctors have been attacked shamelessly by people when they’ve gone to test them for the coronavirus.

Religious activities continued till they got linked to the spread of the virus, like Tablighi Jamaat in Delhi. This should’ve been a no-brainer, that people should not go to religious gatherings either but welcome to India, sir.

Tablighi Jamaat and the attacks on Doctors in Indore have obviously led to communal ugliness to spread, along with the deadly virus. Again, welcome to India!

Amidst all this, we are supposed to light up our houses with candles and diyas for solidarity and switch off our lights for 9 minutes on April 5th at 9 pm, without real solutions to these issues being talked about on national media by our prima facie leadership.

Today, we enter the 10th day of our lockdown. Now, sitting at home, working, doing home chores, not meeting other humans, looking outside and seeing a ghost town - is the new normal - until we don’t know when.

Read the above points, learn them and save them in your memory so one day, a few years later, when this page shows up in front of your eyes, you’ll cherish your life and freedom just a little more.

Things are looking grim in this country, not because we don’t have a good approach to this pandemic, but because in the past few years or decades, we’ve been taught to love our religion and God more than humans.

With love and a lot of hope,

This is not an easy time to be alive, and we're being forced to slow down. Many of us will be confronting things that we have been hiding for some time. You are not alone.

If your wish is to tell your story, it is our command to do justice to it. We are always listening.

The Pandemic Opened New Doors For Me