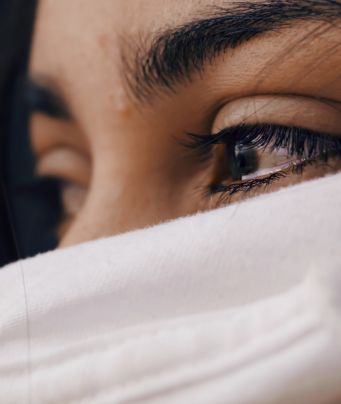 I’m a martyr’s daughter (my father died in the Kargil war) and I write this today keeping Dr Simon’s family in my heart and mind. Peace be with them, because too often we see the heroes at war, forgetting about the home they leave behind, the home that was eagerly and hopefully expecting them to return after victory. Sometimes, they don’t return home but their memories and remains do, and that’s the war that begins at home once they are gone.

Dr. Simon, you’re a true hero. Thank you for your service, this country will never forget you and your brave family’s sacrifice. An apology will never be enough for what happened on the night you died and I don’t even know how to begin to comprehend the behaviour of our countrymen during this time.

A few days ago, I had written an article about the collective IQ of this country, and I feel like there can be no other reason why some people in a city with a 90.1% literacy rate, would voluntarily attack an ambulance for burying a martyr, who lost his life on duty. His fault? He spent the last few days of his life tackling covid19 every waking second of his day. No wait. Dr Simon was a neurosurgeon. He was so used to being up on his feet for hours at a stretch, that he probably didn't even go to sleep.

Chennai, you will go down in history as the city that pushed many health workers to quit their jobs today. You are not only shamelessly responsible for the tears in the eyes of many doctors today and last night, but also behind the

“Black Day” (a silent protest against attack on doctors dealing with covid19) desperately declared by the Indian Medical Association. This sounds like a weird nightmare doesn’t it? Our knight in shining armours fighting for their rights while trying to save us.

If the collective IQ and EQ was not as low in this country, I wouldn’t have to explain why I’m calling Dr Simon a martyr. I say ‘martyred’ because what else are these doctors doing for you while you’re safely stuck at home during this lockdown? They are serving you. They are waking up every morning to gear up in their masks, protective suits etc. to go to the hospital, fully aware of the risks attached to their lives and their families while they continue to work with a straight face devoid of any fear. For you, to save you. To protect you. Leaving their anxious families behind at home. Yes, they have families too. Just like you and I. But service before self, heroes are taught.

Dr. Pradeep, who wanted to only bury his friend’s dead body last night, but received stone-pelting for his humane act, says - “I’m not a hero, I’m just human. And if this is your definition of a hero, then humanity is surely dead.” Doesn’t this statement itself say a lot about us? But as modest as he’s being about his job as a doctor in today’s time, it doesn’t make him, his friend and his colleagues any lesser than true heroes. Heroes, without whom, the death rate would’ve been way higher in this country. Heroes, who we owe our health and lives during this pandemic. Heroes, who don’t need medals or capes, but deserve respect and dignity at the least. The dignity they shouldn’t have to fold their hands for in front of the public. The public that has lost every iota of humanity in them.

Disrespecting a doctor's body because that doctor worked with covid19 patients is like disrespecting a soldier's body for being hit by an enemy bullet.

But hey, dear public (going berserk with the survival instincts), what will you do when all of these health workers who’re keeping you safe, many of them who have volunteered to work during this lockdown without pay because they see it as their duty, quit tomorrow? What’s plan B? Attack the virus with stones and rods? Or do you have a plan C?

No, there is no plan B or C. And that’s the right answer to my rhetoric question. Brings me to the point - what is wrong with you, Chennai? What’s your excuse for denying a hero who died in the line of duty a peaceful funeral in the middle of the night? As you read this, don’t you feel ashamed of yourself?

Why did you protest his burial in the first place? When exactly are we going to start acting like educated people who’ve read enough about the virus the world is facing together? If you had even contacted the virus somehow, which probably has a zero probability since they were doctors who’d have followed WHO’s guidelines to the T to bury a man with the virus, it wouldn’t have killed you. But by venturing out of your house to stop them, you fundamentally increased your chances of getting the virus. Then, why? Why are we losing every ounce of sensibility by the day?

At this point, I’m just thinking about how the world was great when we still feared God. Did education and science ruin it all for us? Because clearly, education is not helping our brains now, is it? Maybe if we still believed in God, we’d stop the bizarre cold-blooded acts that are taking place in our society today, that make no sense during this time, and in fact, during any time. Harari’s Sapiens says that the fear of God was a part of our evolution for a reason. That reason was to keep the society from going wild. Here’s where I want to look into your eyes and say - God’s watching you, or at least I hope that God’s watching you - desperately hoping that you believe me.

I still cannot believe that in the past month, health workers have been made to hide their faces and run for their lives multiple times by the people of this country. The people they are keeping safe. The more I say it in my head, the more I feel ashamed of being a citizen of this country.

Indore, Chennai, Mumbai, Siliguri and every place in this country where the attacks have happened - I hope you’re reading this.

Stop this already, before it’s too late, and we have no one to look towards when and if our family is hit by the virus.

They say that the difference between human beings and animals is that we are reasonable. But I think I can safely disagree for now.

Share this story just so that we can find our way back to reason.

Also Found in doctor , coronavirus , Life In The Times Of Corona , corona journal .