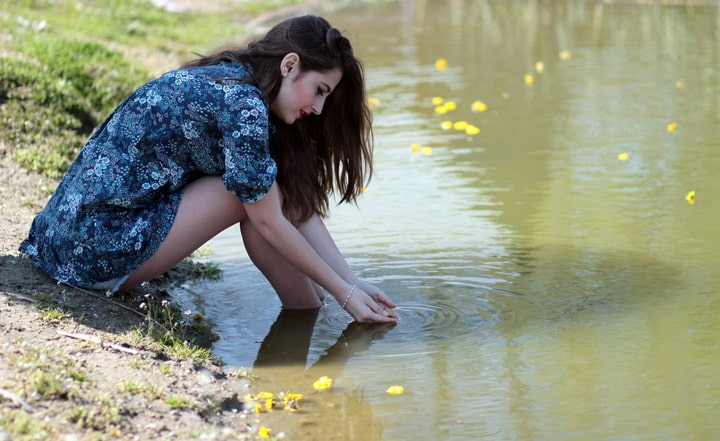 My story is about how I killed the love someone had for me. I'm a guy, just about 18, very immature. I have always been taught to respect women, by my mother and I adhere to it mostly. But sometimes, mistakes happen. One such mistake that I made in a relationship had ruined things completely for us. And those are the most regrettable words that I have ever spoken. It was a happy relationship, but she came with the baggage of a broken past. How much can someone who's lived a rosy life understand the pain of a broken heart? At that point of time, I believed I could. And I helped her cope. But it didn't last long. And it was because of me, myself.

I began to take her for granted, and I didn't understand quite a few facets of being with someone like her. I think now, looking back, that I probably never understood her. I was such a fool.

But the nail in the coffin was in one conversation. Do you want to know what I told her? I blatantly told her not to do something that she loved, only because of my own perceptions. I never realised the true repercussions of that, and it was too late by the time I did. She's gone now, and for good. I wish I had understood things. It is easy to get into the stereotypical shoes of an Indian male. We are asked not to respect girls at all. We think they are all useless, incapable, needing our help.

I remember once my own batchmate had told me, “If you wish to do something serious, then keep girls out of it”.

There was an adverse reaction within me, of disapproval and a slight anger, but I didn't speak up. That has been a bane for me, this lack of conviction to speak out. Later I saw the same fellow speak of Feminism and all things about women empowerment. It is then, that the irony, the hypocrisy, hit me hard. When you see these guys speaking of women empowerment and laughing at the weakness and incapability of women, all in the same breath. Sometimes, as it was for me, things don't happen as you plan. Thoughts are one, but the behavior that filters through isn't coherent with that.

It isn't easy when you choose to love someone who has been dealt with the blows of heartbreak, and has been disrespected completely, and unabashedly by boys before. She's bound to be more sensitive, and the reaction to your one fault may be the same as her reaction to the previous ten faults they committed. It isn't easy for her, but often one fails to understand someone’s side of the story and judges them harshly. Why I share this story, is to tell the story of a boy, who couldn't keep up his promise of being someone who respects women and understands them and doesn't judge them. I've been there, done that, and however much I try, I can't get back what I have lost.

It is her, that has transformed me, and made me a better person. My love hasn't died, and it is that which inspires me to make myself better. I wish every guy reading this knows where I have gone wrong, and doesn't do this.