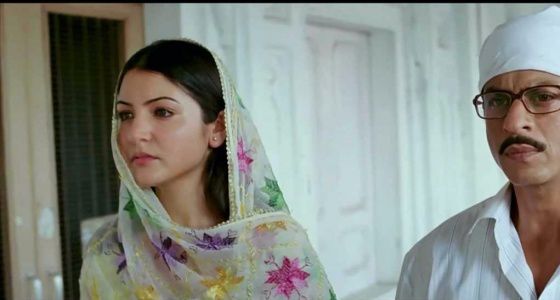 I was a 26-year-old woman, full of life, when I first met him. I was waiting for the perfect rishta at that point. I met him and discovered spark in his eyes. I smelt trouble and told myself that same day: ‘don't fall for him, you deserve much better, at least think about the height and caste.’ I am 2 inches taller than him and I believed in Sikhism then and he is a Hindu SC.

Caste was a big differentiating factor for my family but not for me, so this alliance would create a big issue at home. But as you know, love is apparently blind. Within a month, I felt an attraction so strong that I could not ignore it even if I wanted to. I always had a strong faith in God. I strongly believed that God would show me the right path. I believe that God is one - Wahe guru and Ram are the same to me.

I was blown away but it was time to face the harsh realities of life. I got a proposal then. I thought it was just attraction with this guy and it would end soon so I said yes to this rishta.

I got married but before marriage I had lived my life. I have always thanked God for everything. I lived the best time of my life with him before tying the knot.

But the moment I got married, I realized that it was not just attraction – it is indeed love.

Due to my husband's lack of interest in having a sex life, I asked for divorce and got it easily. I came home a virgin and he accepted me. I was more than happy. I thanked God a thousand times. I felt He is always with me. Things eventually got back to normal then but there was no family support. We both were unable to convince our families. After trying for N number of times, I decided to step back. He began to notice that I am giving up. One day out of the blue, he suddenly came over and forcefully took me to his sister's house which was around 100-150 kms away. I was crying throughout the journey and asking God to help. I was feeling helpless and was also cursing God for putting me in this situation. It was late evening when my parents started panicking.

When I realized that I cannot go back home now, I messaged them and informed them that I am going with him to get married. They were more than shocked. We switched off our cell phones then and were unreachable.

At 10 pm, we reached his sister’s home and both his sisters were there. Instead of taking us inside the house, they started counselling to us. That night I realized that this would be the biggest mistake of my life. But I was wrong as there were more blunders in store for us. I called home, apologized and got back at midnight. I apologized to my family, they were angry but still seemed somewhat okay since I came back.

My brother and his wife felt that it was simply deliberate melodrama from my end. I decided to put my foot down, to give up on him forever. I stopped taking his calls and blocked all his numbers. He changed 20 numbers to reach out to me but I was firm. My parents started looking for proposals of well-settled divorced guys for me. I was scared. During this time, I met an old friend of mine who had a huge crush on me. He was single then and when I told him that I am looking for a match, he said he wants to marry me. I gave in to his proposal.

We got engaged on my boyfriend’s birthday because the astrologer happened to set this date.

Things were okay. I was trying to like my fiancé but I couldn't, no matter how much I tried. I was missing my ex way too much. I was depressed. My fiancé could tell that something was wrong. I was avoiding my ex completely. I broke up with him on call but he insisted we meet. I tried my best to avoid him and to hide from him. One fine day he blocked me on the road, took keys off my car and started driving. People were around so I didn't create scene. We drove to a spot somewhere and talked. I told him that I got engaged on his birthday and broke down into tears. He knew I couldn’t live without him so he told me to break up and I did. I didn't know then that the worst time of my life was going to knock on my door soon. My fiancé kept on trying to win me over and I confessed to him that I cannot bring myself to get over my ex. That day he decided to move on.

He called my family and informed them so now my family has decided to disown me. They have burnt everything related to me - all my clothes, books, bags, etc.

They are going to court to legally disown me and it will even be covered in the news. During the last five and a half years that I have been with him, every single day of my life I thanked God for everything, especially my boyfriend. I would never go to sleep without expressing my gratitude. He showed me true meaning of love. We went to temples, to our peer baba and asked about our marriage. I prayed and begged to God for our best. I always prayed to God to show me signs and make us part our ways if we cannot get married. I never ever got negative. Whatever astrologers said, we followed. He goes to Gurudwara sahib every morning when my mom goes there. She knows that it is him and ignores him. But I cannot marry him. Now I am busy trying to convince my fiancé to reconsider taking me back but he doesn't want to hear any of it and neither does his family. I can be disowned anytime now so I have decided to give up on God.

I am an atheist now. I removed my kada and I have pledged never to visit any religious place again. I was cheated by God. I will never forget this.

After losing my faith in God, I realized that I used to thank him for every small thing. Automatically ‘thank you God’ would come to my lips. I am now trying not to say thank you to Him even once but sometimes out of habit, it still comes out. I believe now that if God was real, He would have helped me and those people who are in agony. But it seems like people are in agony and no one can help us, not even God. So I chose to be an atheist now.