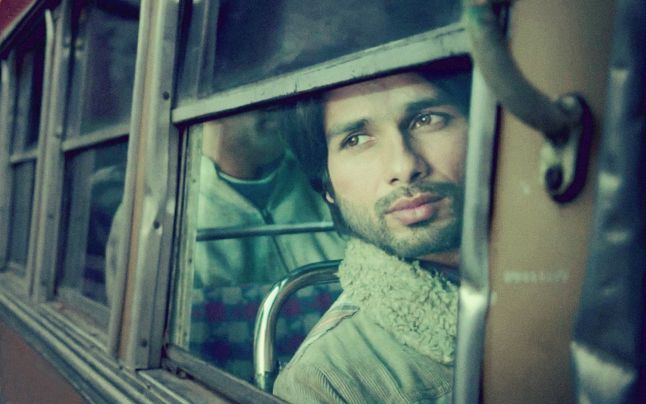 I don't know why people say that 'love is powerful'. I am a Kashmiri student who is living in conflict from childhood. My day often starts with announcements on loudspeakers, the sound of bullets, the smell of a teargas shell. And this is how a love life is affected by this environment in the peaceful Valley of Kashmir.

It was a fateful day in April 2016 when I met Gazala, another student in my college. She was so worried about her exam form, which she was almost going fail to submit because of the 'hartal-call'. It was given by Hurriyat leaders following the killing of two militants by the army on the previous day at south Kashmir. And there was no traffic, either public or private, on the roads.

I was in college where I received an unknown phone call from unknown numbers. I picked up the call from Gazala, who was calling from her brother's number.

"Shayo, where are you? I have a problem, there is nobBus or other vehicle running here. Today is the last date to submit my form, and I can't reach college," she said in a soft voice.

"Where are you right now?" I reply.

As I reached there, she was sitting on the back seat of the bus stop, like she had not moved an inch. As she saw me, she smiled at me. But this was not the smile of happiness, as she was worried about her
examination form. "Come on we will be late," I said. I picked her up on my bike and went to the college and she submitted her examination form at about 4:00 pm. After coming out from the college, I notice a smile of joy on her lips. This was not the previous smile. Now she was happy.

For the first time, I fell for a girl's smile. There was some kind of pleasure in my heart, and I thought I should propose to her right then, as we were the only two people in college. But I was afraid that she might reject me. She was the kind of girl who was raised in the conservative Islamic way.

After dropping her home, I asked for her phone number in order to send her some questions on WhatsApp. She gave me her number and I left. After some miles of travelling, there was a Naka (barrier on the road) where some Army men stopped me and asked me for my ID card. I saw a number of boys, women, children, and elders who were stopped by the army and police for card checking. I showed me my college card to an officer of the army, and as he saw my card, he asked the others to let me go.

I was a law student studying at Kashmir University. After reaching home, I had a Long conversation with her on WhatsApp. Sending questions on
WhatsApp was just an excuse to ask her number. We even made phone calls. After a couple of days, I proposed to her. She was first shocked, then accepted it after 1-2 hours of discussions and debates of love. This was in May 2016, when we start our lovers' journey. We even met sometimes but we spoke on the phone all the time.

The most memorable meeting was when I kissed her. It was a moment which I can't forget till my death. We went to a famous tourist place here, and then she asked me to show her our apple orchard. It was a hot day and everybody was indoors. People in the village would visit the orchard only in the morning or the evening.

Gazala and I walked for a while and sat in the shade of an apple tree. The breeze graced us on that hot day. This is the unique thing in Kashmir valley. No matter how high the temperature is, breeze passes up with cool air which gives a Heaven-like feeling.

After some romantic conversations, I held her hand. There was some kind of shivering in her hand. My heart was also beating fast. I kissed her hand then held her head with my right hand and brought it closer to my face, I kissed her on her forehead then finally on her lips.

This was a moment of joy, the best feeling in the world. This went on until Eid. It was 9 pm on July 8, when we talked happily for the last time. The protests were spreading in the valley that evening because of the death of top Hizbul Mujahideen Commander Burhan Wani- a young and handsome Kashmiri rebel militant who was killed by the army along with his two associates. After the death of Burhan Wani, violations and protests spread like wildfire in Kashmir. I was not expecting that it would be my last conversation with my lover.

On the morning of 9th July, when I saw my phone, there was emergency mode showing on it. Internet service networks were all blocked. There were announcements, anti-India rallies everywhere in town. I was not threatened. I only worried about Gazala. These protests and network failures went on for the next 4-5 months. Nobody expected it to last so long.

I didn't have the chance to speak with Gazala even once during that time. I went to her village at least 15 times, but I didn't see her. Our service providers began to deactivate our numbers because they were not being used.

Sometime early in November, I was going to a local town where I saw her. She was with her sister. When I saw her, I stopped my bike within no time. My heart was beating fast, very fast. I wanted to hug her but this is Kashmir, there were social restrictions, on top of all the other restrictions we had.

She was with her sister, buying some wedding materials from a shop which was half open, as there was a relaxation given by the Hurriyat calendar after 6 pm every day. When I went close to her, she said 'Asalam alikum'. I replied the same and asked her where she had gone all these days. She asked me the same questions. We were wondering what to do. She took my new number and promised to call me back.

She was very upset and I asked her what was going on. She told me she would call and explain. As soon as I went home, I headed to the orchard where I could talk to her.

She called at around 8 pm. It was cold outside and when I picked up the call, she started crying immediately. I thought it was because she hadn't spoken to me in a really long time. It was only a long time later she broke the news that her marriage was fixed with a guy in her village.

Her parents had threatened to commit suicide if she didn't agree, and she had to give in. I was shocked. She finally hung up asking me to take care and telling me that she will really miss me. She didn't even listen to what I had to say.

Months passed, and I wasn't able to forget her. Without even knowing if she was married, I waited for her. But I never knew when it was too late.

Just like the previous time, I saw her in the market again. She was wearing gold jewellery like a new bride would. She was wearing bangles like a married woman. She was not with her sister this time. It was her husband, and they were a newlywed couple.

I left without saying anything because I didn't want her husband to get the wrong idea.

In a week's time, I shifted to Jammu university and I live with men. I feel like finding love again. But she still comes in my dreams and in my thoughts. I don't wish to speak to her again, but I cannot avoid her thoughts.

I can't blame her for agreeing to marry and I don't think she had a choice. But I often wonder what it would be like if there were no Hartals or curfews. Maybe I would still have love.

Share this story because there are injuries that are not physical and heartbreaks that will never again be talked about.

Shahid Ahmad Padder a resident of South Kashmir . A valley where peace was born and Which is considered as Heaven on Earth