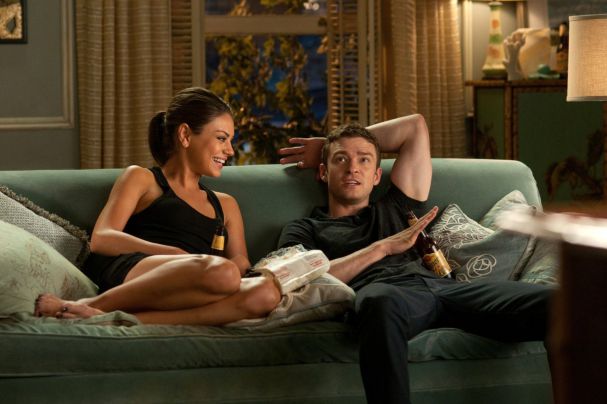 “We will stay as friends with benefits,” he said. I agreed to the same. No commitment, no demands, and no expectations – what a comfortable arrangement to be in.

It’s not that I am a very modern girl or that I have high physical needs. But my past relationship, where there were commitments and promises, went in vain, or rather I must say, shattered me into a thousand pieces. So this time, I didn't want to fall into that trap once again.

Nishant came into my life when I had given up on myself, lost in my own sorrows and regrets. We started off with a brief chatting session on a social networking site. As the time passed, we exchanged numbers and began talking to each other over the phone for hours.

Due to his past experiences, he had always maintained his distance. Sometimes, he wouldn't respond for weeks. But he always used to come back with his mischievous talks and that killer smile. As usual, I was swayed by him, but with a conscious knowledge that not just feelings, but that distance would also never connect the both of us.

We could never meet, with him being in Patna and I, in Delhi. He's an engineer and I am a doctor. However, our late night romance continued. But destiny had its own plans. Those romantic late night talks actually gave him an urge to go beyond something virtual, and we decided to meet.

We met, we spoke, and we kissed. But he wanted more of me and so did I. But all I could say to him was "Only when I am in love, I give the benefits."

We continued to talk. And somewhere in between, I had fallen for him. And we met again to fulfill our desires. But for me, it was the last meeting with him, because I knew I loved him. However, that hadn’t become the end of us like I wanted. We had crossed paths again. But this time, it was our fate that pushed us together. I was working in Mumbai by then and even he was posted there. Our meetings became frequent. I was happy from within, as he was also there with me and distance wasn’t a problem anymore.

One fine day, when we were drunk, I proposed to him. But all he said was that he didn't want any headache that love and relationships bring. The next day, all I could do was to pretend. Yet, our meetings continued.

Then came the shock of my life; he was getting married. I was shattered, but couldn't utter a word because we had no commitment.

I was aware of that fact but I couldn't hide my feelings. He consoled me by telling me that he will be there with me forever and we continued being intimate. I wanted to run away but I was too weak. He became my weakness. I just couldn't imagine my life without him. After his marriage, I tried to avoid him, but failed miserably. I knew he wanted to marry me but we couldn't be together because of us belonging to different castes.

All I knew was that I was having an affair with a married person. And it was at this moment that he confessed his love for me and pleaded me not to leave him. As a friend, I was there for him and will always be there. But, I don't want to hurt anyone. And here, I was hurting someone… his wife. Though she doesn't know anything about me, I know everything about her. And my love for Nishant, it will always be there.

I left Mumbai. And somewhere with the passage of time, I hope, even he might have wanted to continue his marital life peacefully. But he's still there within me. It's been more than 2 years, but I still love him. And couldn't marry anyone else.

If you'd like to tell your story to a live audience, aka great listeners, in Mumbai, come for Kahaaniya at Tuning Fork, Khar on July 11th! Send your story to contact@tapeatale.com and book your tickets here!