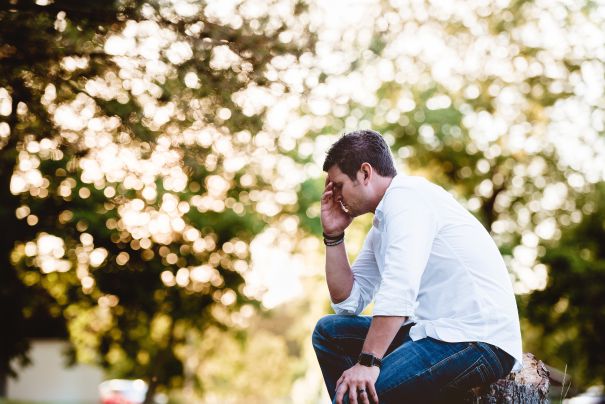 We were best of friends until 'that' day. I am using the word until here because today, I am not sure if we're friends or not. I mean, I still want to hang on to it and want things to become the way they were. But I am not so sure about her. I am not sure how she wants our relation to be.

We had been friends for close to six years, but it was not until February, last year when we started feeling really close to each other. With time, most of our other friends settled down. Of the remaining bachelors, the two of us had a good tuning always. And since Feb last year, our relationship took a whole new turn. We didn't know things would change so dramatically between us.

We started talking to each other more often. Sometimes, we would stay up all night just talking to one another.

We used to share our griefs, our happiness and even our wild thoughts with each other. It felt good to have someone I could share almost anything with, without any hesitation. She too felt better after talking to me and showed equal amount of interest in me. She often used to go to sleep while talking to me and I used to tease her about it, in the morning.

During office hours too, we used to chat continuously. This went on for about six months. After six months, we met at a place where her relatives lived. I accompanied her in the journey to her relatives' town. Even though I didn't need to go there, I went along because I didn't want to lose the chance to be with her. So, I made my travel plans accordingly. At the airport, for some reason, I couldn't stop looking at her. I quietly took a picture of her looking out of the glass pane. It was raining heavily outside. I had my gaze fixed at her while she had her gaze fixed at the weather, outside.

At her relatives' town, we got a chance to be alone and watch a late night movie. That was one of the best moments of my life. Not because we enjoyed the movie, but because we came extremely close to each other. It is difficult for me to express what I felt, that night.

We were just sitting next to each other when the movie began, but after a while I caught her hand and didn't let it go. She too leaned sideways and I wrapped my hand around her shoulder and kept her other hand in mine. She clinched it tight and rested her head over my shoulder. I rested mine on hers. We remained like this till the end of the movie.

When we came out of the movie hall, she dragged me along by my hand and didn't let it go. Two days later, we went to a park nearby and just sat there talking to each other. I tried to wrap my hand around her shoulder, for some time. Then, I returned back home, though I didn't want to leave her behind. During my return flight though, I sat in my seat and cried the whole way home. I had a strong intuition that we were never going to be so close, ever again.

And I was right, for after that trip, she changed. I could sense it. She was loosing interest in me, in us. While I only wanted to talk to her, she didn't have that flare anymore. Her responses were cold and plain.

After about two months, I decided to talk to her about it as it was killing me everyday. Things became a little normal after that. Then, one night I decided to confess my feelings to her. I even told her that I knew she didn't feel the same about me and I was okay with it. She listened, but didn't say anything in response. The worst was yet to come. My biggest fear came true the next morning when she stopped responding to my texts and calls. In fact, she blocked me from everywhere. She didn't take my calls, even. I sent messages on every possible digital media platform only to understand what had happened. I tried to know about her through her friends and they told me that she was alright. In that moment, I broke down. It is difficult to explain how much pain her aloofness caused me. I wanted to take indefinite leave from work. I wanted to cry out loud. But first, I wanted to talk to her.

I sent many messages to her to get her to understand that I could stand her denial but not this distance. But things just didn't clear up between us. She misunderstood my intentions and nothing I said could change it.

She told me she needed time to get over my confession and get back to being friends with me again. I told her to take as much time she needed.

Months have passed since then. I keep going over what I said to her and if I was wrong or right in saying it. But what hurts me most is that in the middle of all this misunderstanding, we lost our friendship. We lost our support system. We lost our faith in each other and that's a very high price to pay. I know her intentions behind keeping a distance from me. But I just want her to understand that there is no pressure on her to say yes. I am ready to hear a no - no questions asked.

But I can't help feeling that back then she too had started falling for me. After all I wasn't alone in those conversations, that movie and that garden. She was involved too and she was into it completely.

But she probably realized the price I would have to pay for being with her because of her medical condition. And so she started avoiding me.

I just want her to know that we can talk it over and come out with a solution but she doesn't trust me no more. I also sometimes wonder if I should try talking to her family or simply live with her decision. It's a dilemma I fight with every single day. All these questions haunt me every night. I don't pass a single day without thinking about her. Every time I hear a sad song, images of our distorted relation start playing in my head. We were best of friends until the day I expressed my feelings and things haven't been the same. As I said earlier, I suppose we are both losing out and probably will even lose each other in the end. What an undue and sad end to a good, healthy and rare friendship. I miss talking to her every single day.