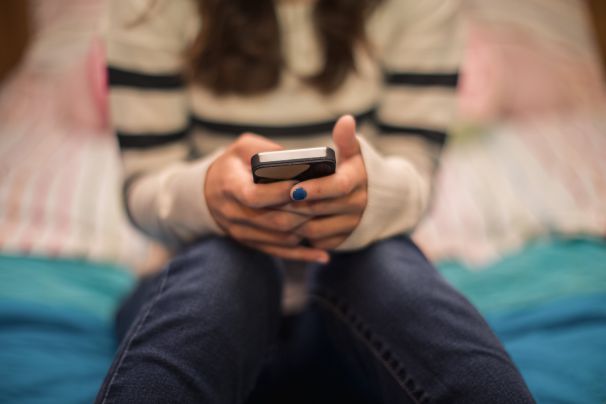 Crossing the threshold of adolescence was fun as I got to step out of the sheltered walls of my house into the big bad world. I was excited to start a new innings in my life, be a collegiate, make new friends and explore life outside home. Apart from the many friends I made in the initial days, one was special.

Casual interactions during a house party with me as the host had kick started this light ‘dosti’, which brewed into a close friendship with us meeting often and chatting late into the night.

While I was happy in my new found friendship, my friends were a little worried and warned me to maintain a distance on pretext of him being self-centred and a popular Casanova. Well, we had our terms right, both of us being happily engaged to our partners, it was pure friendship that we shared. I had altercations with my group for being judgmental, explaining that one shouldn’t derive a perception based on other’s statement of a person. I was this confident lass who believed that each one had a bright side to his personality, all what was needed was to understand and respect him for the same.

While I couldn’t convince them about my guy, my friendship remained untainted. We shared stories of our home and childhood with him walking me through his several relationships (flings in specific).

We were inseparable till things changed, us entering the second year of college and inviting juniors into our shoes. Not long after, our bond witnessed a distance with him ignoring me and hitting on girls from the new batch, one being quite close.

I was lost not knowing how one should react when her best friend finds a substitute. The little we spoke, I tried mentoring him not to go around with random girls but stay loyal to his love whom he intended to marry. I was unaware that the worst was yet to come.

Quite a regular norm, I went to his flat to pay a visit only to be refused an entry and while I debated to find a reason for such a behaviour, there walked in from behind the junior he had developed a close bond with. Before I could react, I was hauled from the door into the lift and to the ground floor. Thrown down to the floor he picked me up in a haste on seeing the security approaching us to enquire on what was wrong. I was shattered and left crying and cursing myself of having believed him despite alerts from my friends.

A chanced interaction with him and I accidentally read one of the messages from his friend that said, "Use her till we complete our college and them leave." I hated myself for trusting him and yet couldn’t stay aloof completely.

Soon we were facing our biggest fear, the monster called 'placement'. Luckily, I had managed to get myself a decent posting and decided to help my friends stuck in the maze. He, being special, I prepared till early morning each day to help him grab a decent placement. He seemed to be the old guy I knew, chirpy and jovial and I got the impression that our bond was reviving. And, as always I was fooled again. He walked past me with the offer without acknowledging my honest efforts and intentions. On being confronted he said, "It was your urge to help people and I just used the opportunity." Shameless or rather captive of my own emotions, I made several attempts to talk to him and understand what exactly had gone wrong between us only to find him hanging around with a new girl each time.

With time I moved on but what continues to linger in my head is what was it that he wanted from me or why had he ever cracked a bond with me.

I regret being used and royally fooled not to mention the emotional void he had left behind. I often feel the urge to text him but then flashes from the past are so painful that I refrain myself from making any advancements.

To my dear friend,

If you are reading this, YES, you owe me a sorry for several reasons, prime being hurting me and abusing me physically. I hope life gives you the pain you let out to others not as a revenge but to make you taste the flavour of rejection.