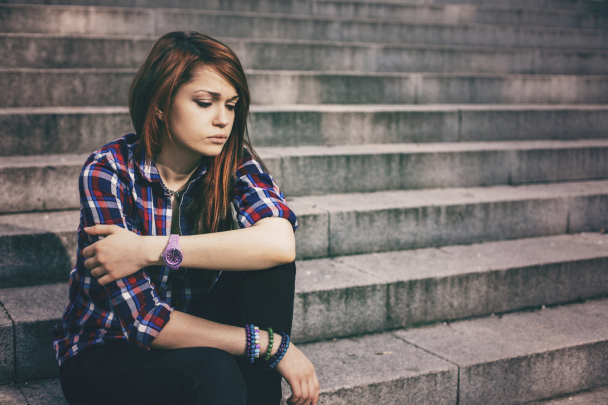 I was 16 years old when a guy started following me in his car. This used to happen when I was going to my tuitions on my Scooty. I never noticed him. I was never that attractive and pretty, so it never bothered me. But there came a day when I was driving rash and crashed very badly near his furniture store.

He and his friends ran to me, helped me up and took me to his office. They gave me water but I didn't notice any of them as I was in pain. Then one of my friends introduced me to him. We began talking and found each other nice. He proposed to me over a phone call. I at first said yes, but then I said we should take time to know each other properly. However, his friends somehow convinced me and it all started.

He and I had the kind of relationship everybody would dream of. No fights, no arguments, no misunderstandings- just good understanding, love and good times.

But things took a weird turn when he went to his cousin brother's engagement ceremony. He found his brother's fiancee's sister attractive. After 16 months of our relationship, he found another girl better than the person he had promised so many things to.

I got intuitions on the same day. It was the 3rd of July, I remember. He insisted that there was no other girl. But I had a feeling that he was being close to someone else. He started ignoring my calls and messages. I started to break down. And one day, his best friend gave me a hint that he's dating that girl. It broke me into pieces.

And finally after three months, he admitted that he was cheating on me. And when I asked him why he did this to me, he ended up saying I was not rich enough for his family and he would never marry an 'ugly nerd' like me.

That was the day I convinced myself never to look back at him, ever again. After a week or nearly 10 days, he started contacting me, but I ignored his calls. He called me from an unknown number and asked me how I was doing. Apparently, he was "worried". I told him to stay loyal to his new girlfriend and disconnected the call. He kept on calling me for more than a month but I never responded to any of his calls.

I never understood how this lovely relationship broke into pieces. I sometimes feel it all happened because I used to refuse sex every time he asked for it. But he never acted like he would leave me for such a reason. I always said it's not the right time to get intimate.

And after 18 months of togetherness, I took a step for my dignity, myself.

Share this story because how many more generations of teenagers need to suffer through poor judgement like this?