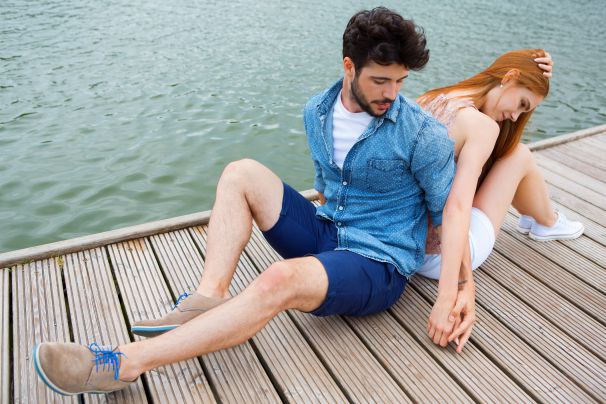 It all started 6 years back. I had just changed my job and joined a new place. I never knew I would become habituated to this place. All my colleagues were really good people and I got attached to my new firm very quickly.

But I was intrigued by one colleague. He was a man of few words but his eyes had a lot of depth. I don’t know why but I started trusting him from the very first day itself.

We shared our personal email IDs and got in touch whenever we wanted to discuss some official gossip. Slowly I started sharing almost everything with him.

Things like Facebook had just been created at that time. So we would chat the old fashioned way using GTalk. Sometimes we would send text messages to each other and chat for hours. Sometimes we just chatted casually for no reason at all. If there was some kind of an emergency in the office, both of us would have to stay back until late in the office. We got to spend more time with each other this way.

One fine day, he quit his job because he had some professional issues.

I realized how much I missed him only after he left his job. That was when I understood how deeply I cared for him.

He would ask me out on a date almost every day. But I was scared of moving ahead with our relationship. I was sure I would not be able to marry him because we belonged to different religions. Moreover, my mother believed that none of her children would opt for a love marriage and I didn’t want to break that belief of hers. So I just decided to go with the flow.

I was pleasantly surprised and very happy when he sorted out his professional issues with our firm.

But I never expressed my feelings to him.

The people around us had already started talking about both of us. But we just ignored them. One fine day, I just confronted him with my feelings. I wanted to know if he too really felt the same way about me. Both of us had to accept the reality.

We knew we shared a special kind of a relationship. We felt very happy when we were with each other.

But after a while, he started becoming very possessive about me. This created a few problems between us. But we managed to sort this out too because both of us were damn sure that we would never be able to discuss our relationship with our families. We knew they would never agree to our relationship. We also knew we would not be able to deal with the chaos that would take place in our lives if we told them how we felt about each other.

So we continued with our long chats and these just increased by the day. But we talked about different things now.

I still have my job. I am working in the same place. We still work together. But both of us are more conscious about our relationship now.

In time, our positions changed and we both experienced a different kind of professional growth. But we still remained friends. We always looked for each other when we wanted to discuss something with a person we trusted.

At such times I feel we are able to create our own personal space in the relationship that we now share.

Things moved in the same manner for a few more years. We shared a warm professional relationship now. But one day suddenly he said that he had not yet outgrown the love that he had for me. He said that he still thought of me very often though he does not really have any complaints against his wife.

The ice in our relationship had melted suddenly.

We discussed our relationship with each other for a long time. Both of us knew that even though we had the freedom to cross our limits, we would never take that kind of liberty now or even in the future.

And strangely this filled me with a sense of happiness.

I don’t know really. Sometimes I think I am selfish. But when he reached out for me again I knew that he had never played with my feelings in the relationship that we shared.

We do not share an intimate relationship with each other even now. We just share some personal thoughts and talk about the things that are going on in our homes and in our lives. And we work well together. We have never crossed our limits. Yet we have created our own happy space in our relationship.

Perhaps we are best friends who are able to connect deeply with each other whenever we feel like it.

Often we can do ourselves a huge favour by letting go gracefully. We learn to strike the right kind of balance in our lives when we are clear about where we stand in all our relationships. When we let go of one facet of love we can always invite another facet of love into our lives. Do share this story because sometimes we too may have to forsake the love in a relationship but we can always nurture it with friendship.