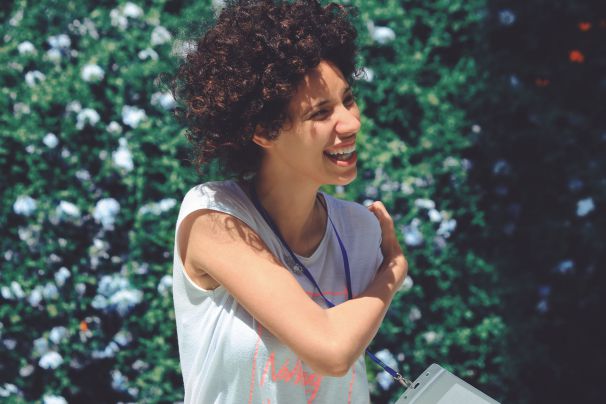 I think I’m a bit anxious today but there’s no mental health issue in the world that yoga can’t solve. Well, at least I’d like to believe that.

It’s getting increasingly difficult to catch up with the numbers every day. We have numbers of all kinds these days - the good, the bad and the ugly.

Over ₹50,000 crores by Azim Premji, $13 million fund by Anil Agarwal,  $50 million by Vijay Shekhar Sharma, ₹100 crores from the Adanis, ₹500 crore by Ratan Tata (and many more donations by the business tycoons), along with the Ambanis and Anand Mahindra building healthcare centres to service millions of Indians who may be at risk in the coming months. After industry leaders have come forward promising unprecedented donations without calling them charity (rather calling it their duty), our entertainment and sports industry honchos are also waking up to contribute towards this fight, probably realizing we need to survive first to cherish the glitz, glam and attention they are rewarded with daily. These are the good numbers in this fight.

The bad? 502,304 currently infected people in the world and 31,913 deaths - cause? One virus called covid19 that has been declared a global pandemic by WHO.

The ugly are the numbers coming from the areas the virus should have never reached - the slums of Mumbai. And now the virus has reached there. Considering the conditions (thanks to the negligence of our authorities) under which they work in and the fact that our lives depend upon them, the spread in their areas should’ve never happened. 2 days ago, 4 cases were identified in some of the slum clusters in Mumbai (Maharashtra being the worst affected state in the country), then it went up to 10 and from there, you know how it works. You can do the math. These people stay in a setup where they share spaces with thousands of people every single day. More than that, nobody spent time in teaching them rules about basic hygiene for themselves and their children.

Well, this is what I had in mind today, all day literally. The good news is that our richie riches are really coming out strong to fight this battle so we shall have the funds to fight the good fight. The bad news is we are that country that has zero transparency in terms of where the funds go. Hopefully, our authorities in power are as scared as us for their own lives and all of these funds will be put to good use soon. Don’t you think it’ll be a great idea to use these funds to settle down the daily wage workers first into clean spaces with good enough social distancing? I’m not an expert but that’s a solution I see clearly to really flatten the curve in this country I suppose.

But hey, one thing is clear, we’ll always remember how the richest entrepreneurs in this country came together in this time with open hearts and arms to fight this battle along with the government. I think that’s the thing about entrepreneurs - they can see what problems need real solving immediately. And then they go on and set precedent for the rest of the world, in this case, the rest of the country, because that’s the right thing to do. If it weren’t for them, no Akshay Kumars and the Dhoni’s (the patriotic celebs) of this country would’ve taken a step forward to help curb the damage sooner rather than later.

So, I guess this journal entry is dedicated to “the crazy ones” as Steve Jobs would call them, who think differently and more than that, who think rightly and change things. Like they are doing now as they will do always.

India, let’s just say, we are in good hands today than ever before. Today, we are not dependent upon politics, today, we are being supported by real problem solvers of this country, of this world. What then do we have to worry about?

Rendezvous with Simi Garewal every now and then on YouTube when you’re feeling low, it really helps!

More tomorrow. Until then, let me not say it again.