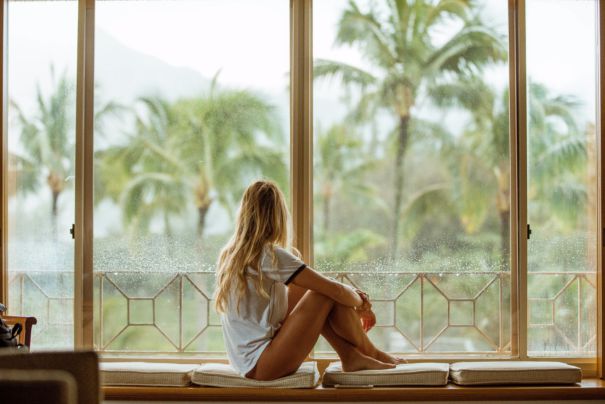 To the guy who made fall in love with love,

I was never an easy creature to deal with. Friendship and endearment always failed to pamper me with loyalty. For me, love was never tented over by the cliched thought of romance.

Friendship did define love for me. My buoyant self always found some way or the other to bring a smile on my face as well as on those of others. But seemed like, the happy faces offended life.

The only person I had full faith in, my best friend of 5 years, decided to play the role of a deceiver. I was young back then, not strong enough to deal with betrayal. My trust in friendship was shattered. I took a year of loneliness to recover. I made friends then onwards but allowed none to cross the boundary of "just friends".

Things were going fine, until one day an unknown message beeped. I'm a person known for late replies but this time, for a change, I replied in minutes asking who the creature was. Not because the person built curiosity but because my typical over protective nature came to play. Generally I dump such conversations after a message or two.

Things were different this time. He wasn't one of those tacky ones after all. He wouldn't sacrifice his self-respect and that's exactly what kept the conversation alive. Initially, he played upon his wit and concocted tales about his whereabouts. I didn't pay heed much but was somehow impressed by how the stranger presented himself. Lately he had to divulge out the truth regarding who he really was. I was stubborn enough to not talk but he too played his cards well.

We started talking after a while. Slowly and steadily things started changing, a stranger now became an important friend. We soon got into a zone, where making fun of each other failed to inflict offence. One night he asked me if we could converse over the phone, I refused at first but lately agreed upon a duration of just 10 minutes. I still wonder as to how those 10 minutes took the form of 3 hours, without me realizing. This then became a part of our daily routine.

3-6 am was our time, time when dark secrets were shared, lame puns made their way to arise laughter, and sometimes even anger was celebrated. We failed to attend classes many days but that didn't seem to bother us. All we waited for were those 3-4 blissful hours. Soon I discovered his writing skills. I always had a fantasy to connect with a writer. He made it happen. He told he had started writing again after years, because I forced him to.

I don't know if the fact that he started writing or that he wrote something for me made me more happy. We started liking each other, he gave hints and I ignored them all. I was not ready to realise that some changes had indeed triggered.

From trying to keep good display pictures to faking certain things about myself, I did it all. I still cannot forget the day he confessed his love for me in his state of intoxication. Everything seemed blank and quiet, all I could hear was the thumping in my heart. But I couldn't say a yes. I negated the entire thing to being just very good friends.

Something always stopped me, maybe the fear of falling in love did.

He had been through a lot of adverse situations. Lost enough. His was a pure heart, and I didn't want to hurt him for the sole reason of infatuation, as till then I thought that was it. But I did start falling for him. Be it the way he respected my worth or the way he pampered me with his words, I fell for it all. His efforts to make me regain my trust in love made me fall harder. Whether I was in my state of frustration or intoxication, he had ways to manage it all.

One fine night he sent me a write-up that talked about his undying love for his ex. That particular summation of words made me realise that I loved him. It intensified my respect for him.

A urge to get them together took birth inside me. Honestly, a part of me was jealous, really jealous. I felt hurt. But at the same time, I felt elated for I fell for someone who not only knew how to love, but to redeem it. A realization dawned upon me that it was time for me to take a step back. Because if I didn't do it then, I would never be able to. I couldn't do this to him, he deserved better. It was difficult for me, really difficult. To go away from my treasure wasn't easy. But I had to let him go. I started ignoring him, and slowly we stopped talking. Every now and then, I had to fight with myself to not talk to him. We did wish each other on birthdays but I made sure to end the conversation after a message or two.

I really miss him. Just a small regret haunts me, a regret that I'll never be able to tell him that I love him. It's been a year or two since we've talked, apart from the wishes but that never could extinguish the flame of love that is kept safe inside me. I love him. I really do, for he gave me my "lil happiest forever".