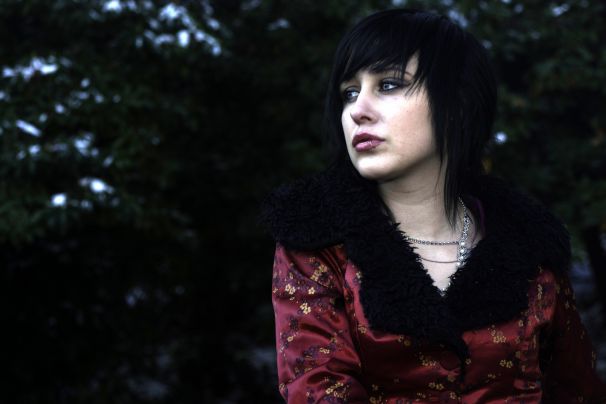 I have been married for almost 2 years now. I am a mom to a little angel. I have a good married life. Yes, there are ups and downs too. My husband and I fight with each other but love each other too. My day begins with my 9-month-old daughter and ends with her. My husband and his family are not very supportive when it comes to taking care of my little doll. None of them can look after her even for 5 minutes. But that doesn't matter. I still manage to do each and everything for her.

Apart from this one thing, my husband is most definitely a good dad. He plays with our daughter and takes care of all her expenses willingly. Diapers, formula milk ….he will do anything and everything for her financially. He just finds it difficult to take care of her and handle her. My life is great and I know that God has blessed me in several ways.

Yet I feel bad and guilty about myself. I know I will carry a handful of memories in my heart till I die. A question that often haunts me is: "Am I bad?"

I was walking to my school when I was in class 6 when I saw a guy who was 6-7 years older than me. He looked like a famous south Indian actor. I kept looking at him, lost my footing, slipped and fell down. He stood there watching me but didn't come over to give me a helping hand. Instead, he laughed out loudly. I got irritated, got up and walked away from there in a huff.

A few days later I started nursing a grudge against him. I would verbally abuse him in my heart whenever I saw him. We both lived in the same area but his house was quite a distance away from mine. I saw him again only when I was in class 11.

He looked at me as if he was seeing me for the first time.

I felt a kind of spark within me when I saw him again. I realized that I had fallen in love with him. I wasn't sure if he had the same feelings for me.

But every time he saw me he would keep staring at me.

Years passed by in this manner. I fell deeply in love with him. I would see him very often. Sometimes I would get a feeling that he too loved me but the very next day I would be very sure that he did not love me.

In the meantime, one of my friends approached me and said that her brother was in love with me. I wanted to avoid her brother so I lied to her. I told her that the person whom I loved had proposed to me. Then I would create stories and tell her that we went out on a date today or that we went out for a movie yesterday etc. I would then say that he dropped me to college every day. I would tell her that I was deeply in love with him. I continued lying to her. My friend and her brother believed my words and stopped bothering me.

I knew that I had lied to them but my heart had started believing these things by now. I had convinced myself that I really felt this way about him.

And this made me love him even more deeply.  I loved him like crazy and dreamt about him all through the day and night. I was about to graduate in a few months. Whenever I saw a couple holding hands I would feel very lonely and think about him. I was not even aware of his name. Finally, I caught hold of a guy who lived near my house and found out his name from him. His name was JACOB. I loved the name and I was so happy when I came to know his name that I gave the guy who told me his name a treat. I would often see him while returning home from college. I don't know if he came out at that particular time intentionally.

Even after we had crossed each other, he would unfailingly turn around and continue looking at me. I would become euphoric when he did this every day.

We both belonged to the same parish church. I had stopped concentrating on what the priest was saying. My eyes would always follow Jacob. I would turn around to see him a thousand times. And every time I looked at him I would find that he too was still looking at me.  Once in a year, he would come to my house with a group of people and we would all say our prayers together. Wow! I would be so happy when I saw my hero in my house. Both of us would steal a few glances at each other. After he left I would stand in the place that he had stood and feel so happy.

I knew I was crazy. But even getting a feel of him would make me feel as if I was the happiest person in the whole universe.

Somehow, I never had the guts to talk to him. Neither did he put in any effort to talk to me. But one particular incident gave me the feeling that he too loved me.

Even today I don't really know if I was right in thinking this way.

We are four sisters in all. Once he dropped my grandfather home from church and while they were on their way he asked my grandfather about me. He said, "How is your granddaughter?"My grandpa didn't know whom he was talking about so he said, "Which granddaughter are you talking about?" He said, "The fair, short, cute girl with long hair who studies in so and so class of so and so college."When my grandpa came home and told me about this I was so happy.

He had made my day that day. And after that day I strongly believed that he too really liked me.

This went on for years. But when I was in my final year I could sense his mom giving me deadly stares whenever she saw me. I was unable to meet him in the last 6 months of my final year. I felt so depressed when this happened. I would go mad but would live with the hope that I would see him tomorrow.

Several tomorrows later I realized that no tomorrow would ever prove to be lucky for me again.

I completed my graduation and my post graduation too. I had started working too but I never saw him after that. Two years later, I saw him again on a Sunday in the church. My heart skipped a few beats when I saw him and I was dizzy with happiness. But the very next moment I felt as if someone had caught hold of my throat. My heart stopped beating when I saw a girl sitting beside him. She was carrying a tiny baby which was 3- 4 months old in her arms. I guessed that she was his wife.

He turned around to see me and looked downwards when he realized that I was looking at him. Tears rolled out from my eyes. I wanted to shout and cry badly. I sat down in the church for hours that day.

I decided not to get married. I wanted to spend the rest of my life just thinking about him. Every time a proposal came to me, I found some excuse or the other to avoid getting married. Yes, I finally got married to a sweet person who loved me from the day we first met each other. I love him too but even today I still think of Jacob.

Every time I have a fight with my husband, I think about him. Every time I go to the church or say my prayers, I include Jacob in my prayers.

At such times I question myself. I wonder if I still love him. I wonder if I am a bad woman because I still think of another guy even after getting married. I don't know myself too well at such times and feel I can never forget him. He was my first love and he filled my life with colourful dreams.

I wish I could tell him how much I loved him at least once before I die. I hope he gets to read this.

I hope you realize that I am the same fair, short, cute girl with long hair who always wanted to tell you that I loved you like crazy. You are and will be my first love forever. I wish we had spoken to each other at least once. I just wanted you to know how much I loved you. I wish you all happiness always.

To all the youngsters out there:

If you love someone deeply, please go and tell them about it. It is really stupid to worry about getting rejected. It is better to hear "No" once than to cry for a lifetime. I still wonder if he really loved me. At least if I had spoken to him once, I would have realized what he thought about me. Now even God can't give me an answer for the question that continues to haunt me.