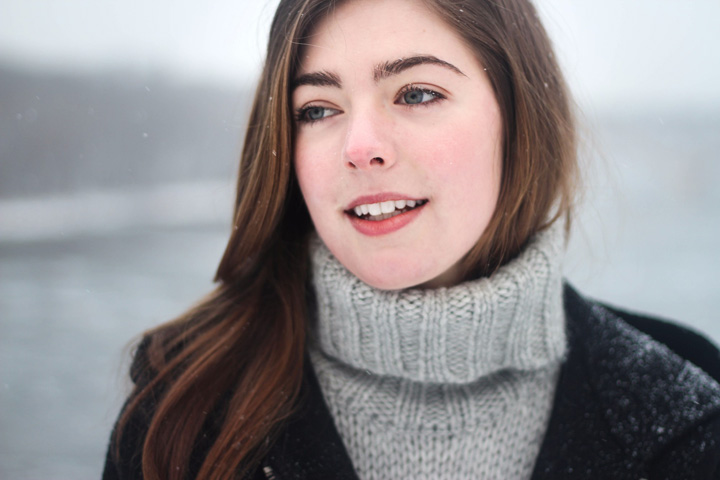 You never knew I liked you, because I had no idea how you felt about me.

I refused to reveal my feelings when I wasn’t sure if you would return them. Instead, I tried to dissect your every move, your every text, to figure out if you liked me, too. But when I came up with nothing, I gave you nothing.

You never knew I liked you, because I’m terrified of getting hurt. Every time I found myself getting close to you, I drew myself back, because I was afraid of what would happen. I don’t know if I was more terrified of getting rejected by you or of starting a real relationship with you, but it doesn’t matter. Not anymore.

You never knew I liked you, because my idea of flirting is so subtle and delicate that you mistook it for friendliness. Whenever I threw you a cute little smile or found the bravery to message you first, you thought I was just being nice. You never realized I wanted something more than camaraderie. So much more.

You never knew I liked you, because I tried to convince myself that I didn’t like you. To push back my feelings. To destroy them. I denied how I felt about you until you became nothing but spec in the back of my mind.

You never knew I liked you, because instead of calling you up to tell you how I felt, I complained to my friends about how stupid you were or wrote poetry in my journal or just listened to music with lyrics that reminded me of you.

But I never considered letting you in on how I felt. Not once.

You never knew I liked you, because I enjoyed our silly “back and forth” conversations. Our banter. Our teasing. I didn’t want to ruin what we already had, even if it meant losing out on something that could’ve been better.

You never knew I liked you, because I knew how many other people liked you. That I didn’t stand a chance. So instead of trying to win you over, I gave up before even entering the race.

I left room for someone else to slip into your life, because I’d rather lose by surrender than by defeat.

You never knew I liked you, because you were too blind to really see me. Even if I would’ve confessed my attraction to you, you wouldn’t have jumped at the chance to be with me. Or maybe you would’ve. Maybe I read you completely wrong and it’s my fault we’re not together.

But that’s the thing, we’re not together. I don’t know if we ever will be, so I’m going to learn to live without you. I have to, because even if it killed me to be apart from you, you’d never know.