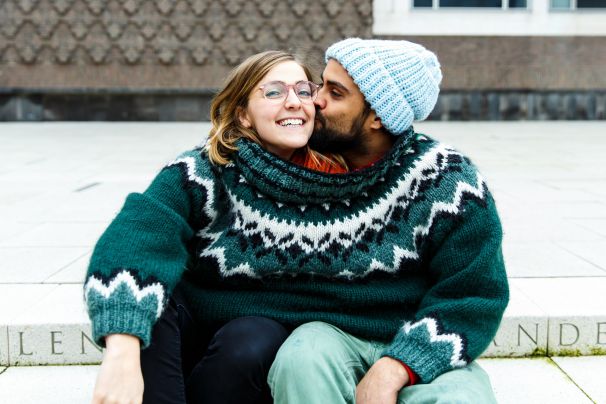 I was interested in cultural activities ever since I was a child. I was good at academics too but I loved reading story books and would drown myself in my imagination after that.

Last year, I was updating my status on Facebook. I wanted to be a little poetic about it. While I was doing this I noticed that someone had sent me a message. I opened the friend request page and found a message which read, “Hey! How are you ‘bula Di?”

I wanted to thrash that person verbally but then I remembered something suddenly.  One of my classmates had bullied me by calling me such names when I was in my 9th grade.

I noticed that the sender had a different name. I checked out his profile to find out more about the person. He closely resembled that classmate of mine but I was having my own doubts about the sender being that very same classmate of mine. I accepted his friend request and asked him if he was my classmate. I was shocked when he confirmed my doubts.

He had changed so much over these past four years. He now had a nice, attractive stubble and he looked good enough to make a girl drool over him.

He had been a short and stout boy in my school days. We would often think that he was gay because he never interacted with girls like the other guys his age. We would converse with each other for a few minutes on Messenger whenever both of us were online. But he would mostly go offline after a while. I also found a few posts that he had penned on his timeline. I was surprised to see that they were about dejection and isolation. I also came across a few of his paintings. I found one particular portrait remarkable.

I later found out that it was a portrait of a girl he had loved in his high school days. It had been a one-sided thing. His love had never been reciprocated.

I shared my own story with him. I told him that I had been in a relationship with a person for a short while previously. He had been my senior and I had a crush on him. He knew that I had feelings for him but he never acknowledged it in public. One of my classmates too liked the same senior like crazy but nothing really came out of it.

I also told him about how a friend of my ex-boyfriend had bullied me and made fun of my ‘size' on the eve of New Year. I told him how hurt I had felt when such things happened to me.

One fine day, my friends and I were supposed to visit the Kolkatta Book Fair. But my friends cancelled the plan at the last moment. I texted him and requested him to accompany me there.

I was surprised when he agreed to do so.

Both of us then participated in an event called inter college poster making competition.

We became closer to each other as time passed.

We now started hanging out together. We had late night conversations over WhatsApp. We went to our friend’s birthday party together. We went out for movies together.

We even posted our pictures together on social networking sites just to make our crushes feel jealous.

Things progressed very quickly between us now. I started feeling jealous whenever he chatted with my female friends or talked to his crush.

I knew I never really wanted to lose my ‘best friend.’ But I kept my feelings to myself. He would often crack funny jokes to make me laugh. He would also play pranks with me but I never got even a small hint that he liked me. I thought that maybe he was just infatuated with me.

One night I decided to fool him by saying that one of my tuition mates was returning to Kolkatta. I told him that he was a trainee in the army and I liked him a lot. I told him I was thinking of proposing to him when we met.

I didn’t expect such an intense reaction from him.

He was very upset when I told him this. I told him that I had just been fooling him all this while. He cried for the first time in his life. I heard him cry on the phone. I comforted him and he calmed down after a while.

He said that he would never be able to share me with anyone else. I told him that I felt the same way about him. Those words were enough to reflect his emotions in the mirror of my heart.

We are now a happy couple. We fight, argue, chat, make fun of each other like best friends but at the end of the day, we also know that we care for each other. We know that we will protect one another like life partners in future too.

Someone has rightly said, “If two souls are meant for each other, they will always find a way to come together and will overcome all the obstacles on their path to remain together.”

The most important thing for me is that I have reduced a lot of my weight after forging a bond with him. I am really very happy about this. Secondly, I feel he is my lucky charm. I won a few trophies and certificates last year after I found him. Thirdly I want to thank all the people who hate me or have a crush on me. They were the ones who unknowingly helped us come closer together.

That is the end of ‘my’ story. It is now time for us to start ‘our’ story and I know we still have a long way to go.

Often we are so keen on exploring ‘love’ that we forget to explore the other aspects of life itself. When we interact with other people and participate in fruitful activities we grow as a person. We also get to know more about ourselves. When we love and respect ourselves we will automatically share loving and respectful relationships with our loved ones. Let’s share this story because we all have the ability to create this kind of love in our lives.